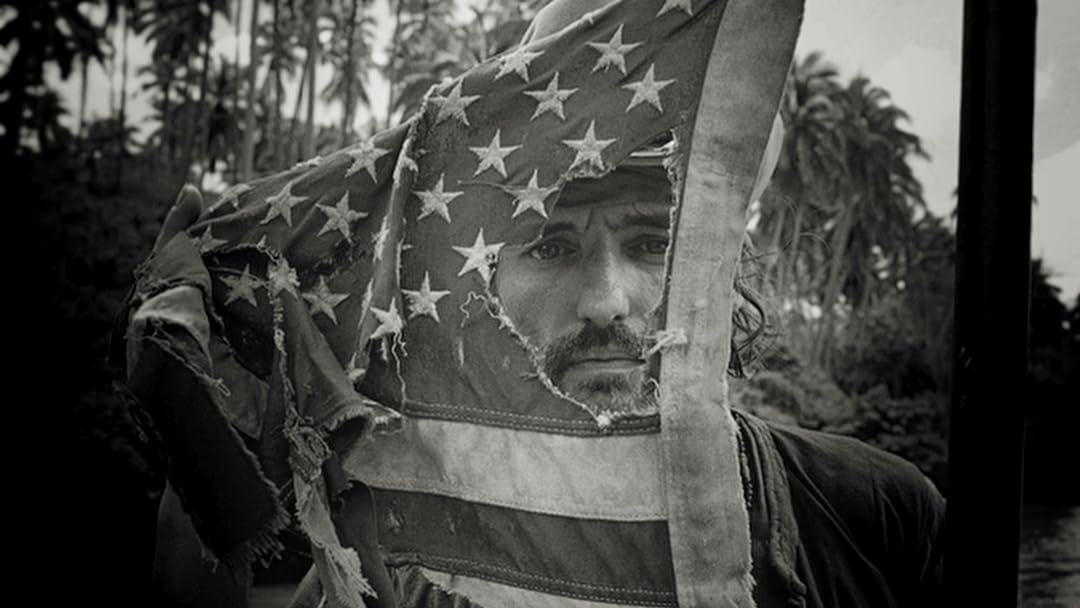 AnonymiceReviewed in the United States on May 29, 2017
5.0 out of 5 stars
This is Rock, This is Dennis Hopper, Done Right
Verified purchase
Wonderful, cool tribute to a highly gifted writer/director/actor/artist/photographer, who was able to stand outside Hollywood yet build a fine career. Great that it's a lot of his friends talking about the old days; they were first hand stories of what made Dennis Hopper tick. How much better can you get than that? This film got around the more boring details by being chronological yet inventive about showcasing who he really was. I loved his recitations, so glad they included those. I appreciated all the little details that came to light here. I came of age in the 60s, was influenced by Easy Rider, and always thought Hopper was the coolest guy on the planet. Then he had a whole other career after he got sober, so was twice as cool. He was the embodiment of hip (well, minus a bit of the white powder) in so many ways. Too bad he had his demons but don't we all, in some fashion, anyway. And I guess they were necessary for his later growth, or something. Dennis was rock 'n roll back when rock was rock, and dangerous, and he kept living his life and art that way, to the end, always going that one frame more, even when sober. The film got that right.
5 people found this helpful

hohojohannesReviewed in the United States on June 9, 2020
4.0 out of 5 stars
Ignore the naysayers
Verified purchase
This was a great documentary about Dennis Hopper. Instead of trying to cover every aspect of his life, it instead tried to convey just WHO the man was. Lots of commentary by people who knew him. I loved it. I have only 2 complaints-- I wish David Lynch had done an interview, and I wish some attention to his role in True Romance had been explored, or acknowledged, since the Sicilian scene is one of my favorite pieces of acting by him. But hey, nothing is perfect. If you are a fan of Dennis Hopper, you need to watch this documentary.
3 people found this helpful

culture criticReviewed in the United States on August 17, 2021
2.0 out of 5 stars
Out of sync
Verified purchase
Not a great documentary even if it was in sync, but it isn't. The german interviews also lack subtitles. They look like they existed at one time because the letter a appears under Wim Wenders. The filmmakers should have just put together the video of Hopper reading the insightful statements on being an artist and a person and left it at that. It would have been a small and powerful gift. As it is you have to sit through a lot to see that as a double exposure. The saddest part was that the ending is Hopper getting a star on the sidewalk of fame. How superficial can one get, but this is the position of the filmmakers.

Anthony RReviewed in the United States on June 14, 2017
2.0 out of 5 stars
It suffers most from poor editing, poor sequencing
Verified purchase
Dennis Hopper is a very interesting guy. Sadly, this documentary is not very interesting. It suffers most from poor editing, poor sequencing, and lots of 'filler' visual material. The documentary must have at least 10 combined minutes of a camera aimed out different car windows. One of the interviewed people I do not think was every even introduced. Just when you think the documentary is wrapping up, suddenly it seems like it jumps to the middle. It's a very narrow presentation of Dennis's life. They barely even graze his best film work. They barely touch on his photography. They totally bypass the range of his cultural access. The film ends up being a disorganized toss-off of effort. Either the film makers are in over their heads or they just didn't apply themselves. A seasoned or event motivated documenter would have likely had a trove of material to introduce regarding Dennis. If you really want to know something about the guy and are starting from less than square one, watch it. If you already know anything about him, you'll likely have a sum total of 5 minutes of the documentary to find interesting.
13 people found this helpful

Amazon CustomerReviewed in the United States on June 14, 2021
2.0 out of 5 stars
He will always be Billy in Easy Rider to me
Verified purchase
Dennis Hopper was always the same to me in every role !
No matter what role Dennis Hopper got he was always Billy in Easy Rider.
Same with Dustin Hoffman no matter what role he has had as an actor, he always Ratso Rizzo in Midnight Cowboy

The best part of this documentary is Dennis Hopper as a poet
speaking about art and artist.
The rest smug.
Most of these people in this doc are full of themselves and ugly looking.

amazon customerReviewed in the United States on February 3, 2020
5.0 out of 5 stars
i LOVED it. I loved Easy Rider as a teen, but was unaware of most of what was in this documentary
Verified purchase
I was sad to see the "top review" of this only gave it 2 stars... I suspect the age of the reviewer is the difference. Those who enjoyed "Easy Rider" back in the day will very much enjoy learning about all the other films and talents of this great American. I had seen him in a few other films, but was startled to learn he had been in lots of other films I loved and hadn't noticed him at the time, like Rebel Without a Cause and Apocalypse Now. Now I have a long list of films I want to watch, some for the first time and many others to watch again and re-appreciate what a good actor he was. I would buy the DVD, but don't see it for sale...
4 people found this helpful

Scott New JerseyReviewed in the United States on October 27, 2018
4.0 out of 5 stars
Great subject - slightly flawed execution
Verified purchase
I am going with four stars as am huge Dennis Hopper fan and I appreciated every bit of insight in this film about Hopper. I do have to agree with other reviews that the is a too much tedious filler. They were trying to create an atmosphere but it did not always seem authentic. Sometime it seems like we were just watching film out of a car window for no reason. Watch for Dennis Hopper but don't think this is a great example of the documentary genre.
2 people found this helpful
See all reviews
Back to top
Get to Know Us
Make Money with Us
Amazon Payment Products
Let Us Help You
EnglishChoose a language for shopping. United StatesChoose a country/region for shopping.
© 1996-2022, Amazon.com, Inc. or its affiliates