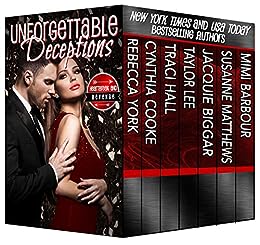 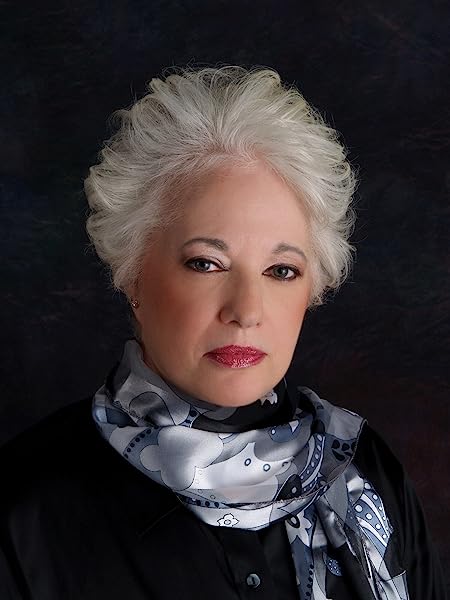 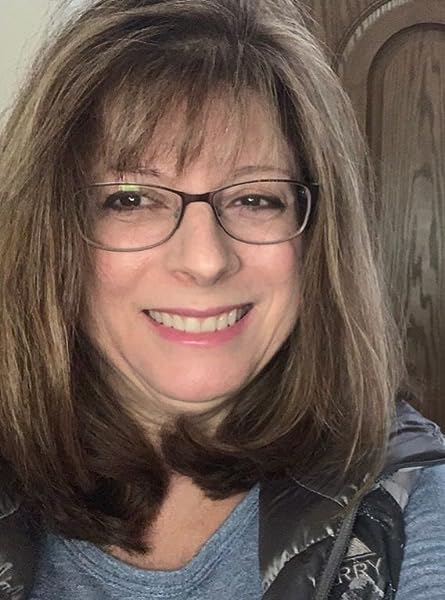 Seven NY Times and USA Today Bestselling Authors invite you into a world of thrills, chills, and kills that will keep you on the edge of your seat. Unique plots and constant conflicts fill this compelling romantic suspense boxset with Unforgettable Deceptions of Heartbreak and Revenge.

Cynthia Cooke - Shiver – Some call her dreams a gift; she calls them a curse.

Traci Hall - Returning Home by the Sea – Brayden and Zoe wed before he went to Iraq. A lot has changed in the six years he’s been away. Will their love survive his homecoming?

Taylor Lee – Betrayed – The rising-star, political-hotshot wants to bask in Detective Viviana Moreau’s expertise and her media aura. Not incidentally, he wants her!

Jacquie Biggar – Virtually Gone – Investigative reporter Julie Crenshaw stumbles upon the case of a lifetime – one that could cost her everything.

Susanne Matthews - No Good Deed – Monsters are real and Alexa knows what you see doesn’t always tell the story.

Mimi Barbour – Justice – Cassi uses deception to get her revenge against her brother’s killers.

Books In This Series (24 Books)
Complete Series
The Unforgettables
Kindle Edition
Page 1 of 1Start OverPage 1 of 1
Previous page
Next page
Create your FREE Amazon Business account to save up to 10% with Business-only prices and free shipping.

4.2 out of 5 stars
4.2 out of 5
85 global ratings
How are ratings calculated?
To calculate the overall star rating and percentage breakdown by star, we don’t use a simple average. Instead, our system considers things like how recent a review is and if the reviewer bought the item on Amazon. It also analyzes reviews to verify trustworthiness.
Top reviews

Netta
5.0 out of 5 stars Hot, steamy and action packed
Reviewed in the United States on December 14, 2020
In this box set you will find Rebecca York - Intimate Assignment; Cynthia Cooke - Shiver; Traci Hall - Returning Home by the Sea; Taylor Lee – Betrayed: Jacquie Biggar – Virtually Gone; Susanne Matthews - No Good Deed; and Mimi Barbour – Justice. These authors write suspense that will grab you, hold on and not let you go and this set is among their best.

My favorite was Rebecca York's offering "Intimate Assignment" where a couple go undercover on a rescue mission and find themselves in more danger than they expected. And under much hotter circumstances than Maddy Guthrie could have imagined. The sexy Nick Connor is definitely a take charge guy and the book starts out with him taking charge of his lovely partner. If you like a guy who is ex-CIA and knows a few things about undercover, under covers and danger and a woman who knows when she found something perfect for her - if they survive - then "Intimate Assignment" will give you what you want.

All of the stories are fantastic, suspenseful, hot and steamy and action packed. Whatever you are in the mood for it is in Unforgettable Deceptions.
Read more
Helpful
Report abuse

Sahar's Honest Reviews
5.0 out of 5 stars Romantic Suspense That Keeps You on the Edge of Your Seat
Reviewed in the United States on November 21, 2020
From this box set, I read “Intimate Assignment” by Rebecca York. It is a fantastic romantic suspense that grabs you from the very first page and won’t go until the last. Maddy and Nick are on an assignment that puts them in unimaginable peril. They are on an island with a ruthless killer to mount a rescue, and they have no weapons to defend themselves. Can they get off the island alive? If you like steamy romantic suspense that keeps you glued to the pages, you will enjoy this story. The steamy romance might curl your toes, but the suspense and danger will curl your hair.
Read more
Helpful
Report abuse

A. M.
5.0 out of 5 stars Fabulous collection!
Reviewed in the United States on October 22, 2020
I loved each story from this collection and I couldn't believe my luck at the bargain price of this box set!
One of my favorite stories was No Good Deed by Susanne Matthews - a blend of suspense, romance, well-developed characters and a plot as catchy and intricate as a spider web. Personally, I couldn't put it down before the last twist, and then I immediately searched more books by the authors. Highly recommended!
Read more
Helpful
Report abuse

Cheryl
5.0 out of 5 stars Flows easy.
Reviewed in Australia on May 3, 2021
Verified Purchase
Very good.
Read more
Report abuse
See all reviews
Back to top
Get to Know Us
Make Money with Us
Amazon Payment Products
Let Us Help You
EnglishChoose a language for shopping. United StatesChoose a country/region for shopping.
© 1996-2021, Amazon.com, Inc. or its affiliates