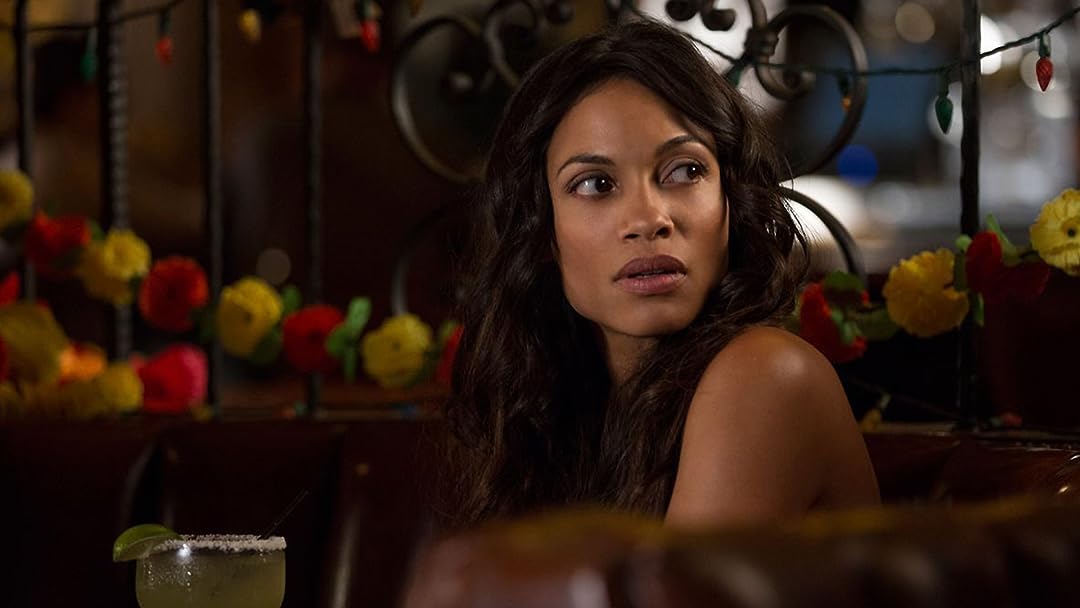 (1,537)
5.11 h 40 min2017X-RayR
Tessa Connover (Katherine Heigl) is barely coping with the end of her marriage when her ex husband becomes happily engaged. But Tessa's jealousy soon takes a pathological turn.

MiniReviewed in the United States on March 3, 2019
4.0 out of 5 stars
When the past keeps resurfacing...
Verified purchase
Julia Banks (Rosario Dawson) is looking forward to a fresh start. This book editor from San Francisco is the former victim of emotional and physical abuse, and she still suffers from PTSD as a result. But David (Geoff Stults) is a refreshing change of pace. He is kind, loving and transparent. This young divorced father has nothing to hide and always sees the best of people. He's never said a single bad thing about his ex-wife, Tessa (Katherine Heigl), even when he had every reason to do so. So Julia moves to LA with him to live closer to his daughter. Unfortunately, that also means they’ll live closer to Tessa. Tessa is a perfectionist, just like her mother, and she is raising her daughter to be the same way. Tessa is also obsessive, unstable and determined. She wants David back — to be a family again. They can't be a family, and it's all Julia's fault! Never mind that Tessa's mind games, marriage trap and subsequent cheating led to the divorce, it is still all Julia’s fault. She’s in the way, and she must step aside, or Tessa will make sure that Julia’s dark past comes back to haunt her.

This is a great thriller that touches on domestic and emotional abuse and their painful aftermath. David was married to an emotional abuser and hadn’t known it. He’s also blind to Tessa’s duplicity and manipulation, which is also true for many former victims. Their daughter is the perfect tool. That's how Tessa comes between him and his healthy new relationship, and she makes full use of it. (The poor child!) Julia is fully aware of her own abusive former partner. How could she not be? Domestic violence played a huge role in her life. And that’s what this movie focuses on. This isn’t a FATAL ATTRACTION, bunny-boiler type of thriller. It delves more on the psychological damage from covert abusers that refuse to let go. Heigl does an amazing job here. After her very public smear campaign against Shonda Rhimes (creator of GREY’S ANATOMY) and the creators of KNOCKED UP, she disappeared for a while, and then we found out the reason for her sudden disappearance. Hollywood didn’t want to deal with her over the top sense of entitlement and diva-like tantrums, and she couldn’t get good acting jobs for a while. She expressed an interest in returning to GREY’S ANATOMY, hoping her past behavior wouldn't be a problem, but Shonda Rhimes wanted nothing to do with her. Hollywood is giving her another chance though, albeit reluctantly. To be fair, this is her best work, and she shows her range as an actress. She’s capable of doing more than rom-coms and TV dramas. Dawson and Stults are also great in this, and Cheryl Ladd is chilling as Tessa’s overbearing mother. This film is an American remake of a popular Korean thriller (the original creators also wrote the Hollywood screenplay), and I’m glad we got to watch it. Give it a whirl if you’re in the mood for a psych thriller with narcopath abuse and triangulation. I give this four out of five Caffeinated Strawberry and Kiwi Smoothies (Mini’s Special!).

Angela MReviewed in the United States on November 20, 2018
2.0 out of 5 stars
cheesy movie seems made for TV
Verified purchase
I don't know what's up with the other reviews but they seem to be for a different film with Ray Liotta.
I am reviewing the DVD "Unforgettable" starring Rosario Dawson & Katherine Heigl. I wanted to see this when it was originally released in theaters but due to the poor reviews and short run, I didn't make it. A year later I bought the DVD here for cheap and boy am I glad I didn't waste more money watching this one. I can't believe Rosario Dawson was in this because it was way beneath most of her other movies, and even though I'm not a fan of Katherine Heigl, I'm surprised that she would be in this too. It's a cheesy, ridiculously far fetched movie with a lot of the usual thriller "surprises" that seem very cliché, and unrealistic fight scenes. Perhaps the worst elements here though are the terrible chemistry of the boyfriend/ex-husband figure and both of the actresses...and the little girl, whose character seems to be about four years old although the child actor is at least 8 years old. Makes no sense. Waste of time really, watching this. I was so unimpressed.
2 people found this helpful

TributeReviewed in the United States on August 3, 2017
3.0 out of 5 stars
Suspense, 90's style
Verified purchase
Feels like a throwback to slick suspense flicks like Hand That Rocks The Cradle and Fatal Attraction. It's like a Lifetime movie, enjoy the beautiful sets and cool clothes and don't take it too seriously, otherwise you'll wonder how two successful women are warring like MMA fighters over a dude, as if their lives have no meaning unless they can be in a Zales commercial.
11 people found this helpful

crankyoldnunReviewed in the United States on October 21, 2017
3.0 out of 5 stars
Forgettable
Verified purchase
This is Katherine Heigl as a psychotic ex-wife off the deep end about her ex-husband's impending marriage. Is this type casting? I don't know. maybe that's unfair. It was certainly entertaining, but I kind of wish I had saved the money and watched the same thing on Lifetime once again and again and again.
4 people found this helpful

Tmm BReviewed in the United States on August 14, 2017
3.0 out of 5 stars
A good time waster
Verified purchase
While not the greatest it does pass some time during a slow day and still manage to keep you in suspense. This movie is your typical ex wife hates the new wife movie with not much else new except Katherine Heigl plays a really good psychopath, she looks the part and acts the part so well she was very convincing. While we are talking psychopaths who knew.... that Cheryl "Charlies Angles" Ladd could play a cold as ice mother to Katherine and play one so well. She was so good in this movie it was at times hard to tell who was more wicked...

Watch this for the suspense, but you have seen it all here before though. Same tried and true plot with just different faces, not bad but far from perfect.

LEILA ALICEAReviewed in the United States on December 5, 2020
4.0 out of 5 stars
Keeps you on the edge of your seat!
Verified purchase
Love love love Rosario Dawson and Katherine Heigl so I'm biased. I loved the move. They both did remarkably well with their characters. Katherine did a good job of portraying Narsasistic Personality Disorder. Wished I knew more about Tessa and why she and her husband divorced in the first place.
One person found this helpful

MeReviewed in the United States on June 17, 2021
2.0 out of 5 stars
Awful
Verified purchase
The man should have stood up to his psycho ex in the 1st place. I had similar past experiences with my hubby's psycho ex. After awhile, he had to put the crazy girl in her place. All an ex want to do is destroy your relationship because they are jealous of the fact that you have him.

Dan WebsterReviewed in the United States on July 14, 2021
1.0 out of 5 stars
Truly Unforgettable
Verified purchase
Why? Because this tired plot is used over and over and over.
Also, what should have been the climactic scene where everything comes together was underwhelming and seriously impossible. Without spoiling it... just remember this as you watch the end scene.
"um... move your hand Julia"
You'll see what I mean.
The movie is so bad, I can't help but wish it didn't live up to its name.
See all reviews
Back to top
Get to Know Us
Make Money with Us
Amazon Payment Products
Let Us Help You
EnglishChoose a language for shopping. United StatesChoose a country/region for shopping.
© 1996-2021, Amazon.com, Inc. or its affiliates