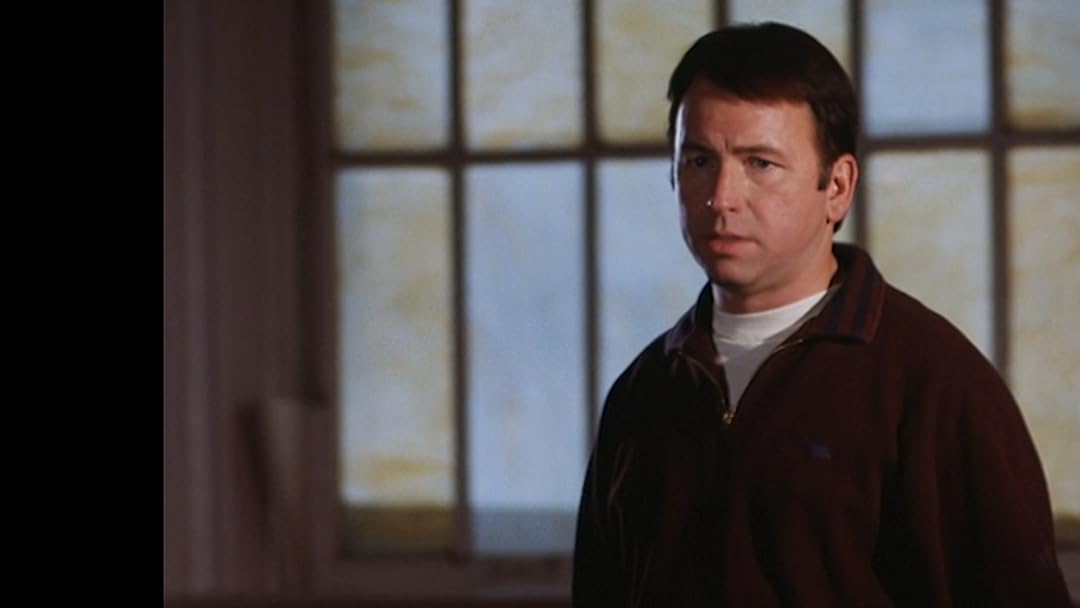 (67)
6.41 h 27 min1996X-Ray16+
Paul Hegstrom is a so-called family man who puts his wife through domestic violence and his children through emotional torture. After leaving his family and almost killing his new girlfriend in one of his rages, Paul is ordered to either seek professional help through an innovative therapy program or go to jail.

GiftbearerReviewed in the United States on August 6, 2021
2.0 out of 5 stars
Forgiveness Does Not Mean Taking Him Back
Verified purchase
I agree with the commenter who said this movie gives people false hope. I also believe that it sends the wrong message. Alot of people believe that forgiveness means to take the abuser back and give him another opportunity to abuse you as though it never happened in the first place. In reality it just means that you are able to heal and move on with your life (separately; not together). Once abuse has reached this level both physically and emotionally and trust has been so seriously violated, that is a bell that cannot be un-rung.

The best thing this man could have done if he truly loved her would be to let her go. I think his whole goal throughout therapy was to worm his way back in. Subjecting her and their kids to this daily uncertainty only prolongs their trauma, and I think the oldest daughter never reconciled with him because she was the only one in that family who saw things as they really were and that is a clue telling us that most likely the change didn't last.

One can only hope that couples who end up in such a toxic marriage both learn something so that these patterns are not dragged into their future relationships. Most abusers like this are narcissists who can never really be "cured." The one being abused has to go no contact, experts say, in order to move on with her life. It looks like the woman was sucked back in and if it was a true story I doubt that none of these behaviors reoccurred. It's more likely that for the sake of publicity they made an agreement not to air any more of their life, but that the man continued to slip up behind closed doors. We viewers may have been misled about what the real outcome of this relationship was. We only know what they allow us to know.

To move on the abuser needs to consciously decide not to abuse his next partner. It is less likely that he will go on to have a healthy relationship than his former spouse.

The one who was abused needs to learn to love herself enough not to go back into that subservient role, to recognize the signs that a partner is toxic, and to have the courage to be alone rather than putting up with cruelty just to "have someone". She must be very clear on her limits and that if that line is ever crossed again in her next relationship(s) be willing to back up those limits with action and get out early on. Maybe with someone new for the one abused trust can be established but only when that person proves trustworthy. Blindly trusting based on someone's word alone that you don't need to fear just repeats the pattern all over again. His mistress had the right idea and clearly was emotionally healthier than his ex-wife. She had her own business and life separate from him and understood that her autonomy was too important to throw away for some man. Many women don't leave, go back, and stay in horrible conditions for 15 years because they lack the belief in themselves and deep down think that it's too late to become independent, so they find it easier to just go back to the only life they've known no matter how miserable it might be.

walkaboutReviewed in the United States on August 3, 2021
2.0 out of 5 stars
Gives false hope
Verified purchase
I remember seeing this when it first came out, and just re-watched it 25 years later. My opinion of the movie hasn't changed over the years.

John Ritter does a credible job of playing against type as a womanizing wife-beater, and this movie shines a light on a vastly under-reported crime. Harley Jane Kozak gives a stellar performance as the beaten down, distraught, long-suffering wife who endured physical and emotional abuse for 15 years. The child actors appropriately have that haunted intimidated look of PTSD survivors.

Call me a cynic, but I don't believe the neat and cozy way "Unforgivable" ended. I'm glad the real-life Paul Hegstrom supposedly turned his life around and stopped brutalizing his wife and family. However, most women who reconcile with their abusive spouse end up being repeatedly re-abused and sometimes even killed. They don't live happily ever after like the couple in this movie (if that portrayal is even true).

I don't see this as a movie about redemption as some have claimed. I think it gives false hope and sends the wrong message to battered women. I give it a thumbs down.
9 people found this helpful

Y. D. C.Reviewed in the United States on September 1, 2021
2.0 out of 5 stars
Disappointing
Verified purchase
Seems as if the teenage daughter was the only one who had some sense.
This man beat his wife for 15 years AND cheated on her. Never mind what he did to the girlfriend. How the wife could stand to look at him is beyond me.
The 2 stars is for Ritter's acting skills. He was some actor.
3 people found this helpful

J. WestReviewed in the United States on August 12, 2021
5.0 out of 5 stars
"John Ritter Was Absolutely Brilliant!"
Verified purchase
This isn't about the wife getting battered from the husband. This is more about a husband battering his wife and children. The storyline was about him. His girlfriend told him to join Q.U.I.T. a men meeting class, dealing the fact they battered their wife / girlfriend. Dealing with their anger issues. As Paul didn't say anything at the meeting first. He was progressively getting to the fact of emotional state. Only he had to realize what he did was wrong. Paul should've waited longer and slowly having that relationship with his wife and his two children. But this film was very good and heartfelt with Paul at the very end. Highly recommend.
2 people found this helpful

Way2GoSpaceDogReviewed in the United States on January 27, 2022
5.0 out of 5 stars
Cathartic
Verified purchase
My best friend was profoundly abused by her first husband. If he had access to a group like this instead of his doting "bail 'em out of jail again" mother, she might have faired better in life. She was more like the girlfriend what got her head bashed in than the wife, but the fact this family was able to piece themselves back together again and even reach out to others gives me hope that maybe she didn't suffer entirely for naught. My husband and I watched this together as we are both John Ritter fans, and as cringe at it got in places, we really liked the ending.
2 people found this helpful

Amazon CustomerReviewed in the United States on August 22, 2021
3.0 out of 5 stars
A good educational movie
Verified purchase
There are weakness in man, as well as woman. But I don't like there is no real punishment to Paul except some excuse from his growing-up experience. Without punishment of his past makes this movie weak in real life, in addition and maybe because of this theme, as the time tickering down, the movie becomes more and more boring.

I gave a 3 for the goodwill of this movie, otherwise it will be a 2
One person found this helpful

EllehcimReviewed in the United States on December 16, 2021
5.0 out of 5 stars
The Story is Real and There's Help
Verified purchase
While I could not imagine forgiving my abuser to the point of taking him back (I have not had this experience), I found this movie moving because of how interesting the actors portrayed what is real. I imagine it would take years and years to recover from a woman not becoming who she could have been (positive, confident, generous, fun, peaceful, creative...anything of her choosing). I am glad to learn that there is a successful program that helps abusers to not be abusers anymore.
One person found this helpful

SusieQReviewed in the United States on July 5, 2013
5.0 out of 5 stars
Uplifting treatment of a very depressing topic
Verified purchase
Domestic violence is a very real and heavy subject. I show this movie in my Domestic Violence class at the local prison where I volunteer. I like it because it gives hope to those dealing with very real life problems. Paul Hegstrom's life was changed and John Ritter portrays his life very realistically. It is set in the 1980's but because it is about a real person this does not seem like an outdated movie but rather more biographical in nature. My prisoners can be a rather critical audience but they have commented favorably on the realism and the good acting of the cast. They also have appreciated the theme of the movie - The unforgivable one was forgiven, the violent, untrustworthy man became a loving, supportive husband and father; but not without hard work and patience and a supportive accountability group to help work through the issues.
4 people found this helpful
See all reviews
Back to top
Get to Know Us
Make Money with Us
Amazon Payment Products
Let Us Help You
EnglishChoose a language for shopping. United StatesChoose a country/region for shopping.
© 1996-2022, Amazon.com, Inc. or its affiliates