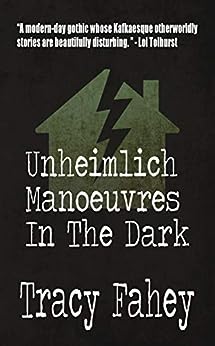 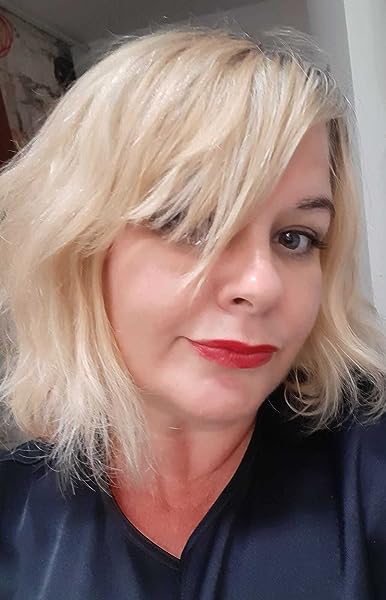 by Tracy Fahey (Author) Format: Kindle Edition
See all formats and editions
Sorry, there was a problem loading this page. Try again.
Tracy Fahey’s stunning debut collection, The Unheimlich Manoeuvre, is a book that refuses to stay quiet. Originally released as a limited edition by Boo Books in 2016, it was nominated for Best Collection in the 2017 British Fantasy Society Awards. In 2018 a second edition was published by the Sinister Horror Company.

In 2020 a further, expanded version, The Unheimlich Manoeuvre Deluxe Edition, was released with additional content in terms of fiction, non-fiction and images.

Unheimlich Manoeuvres In The Dark, collects together all of this additional material: the essay ‘Creative Evocations of Uncanny Domestic Spaces,’ five new stories, three of which are published for the first time (‘Haunted By The Ghost,’ ‘That Thing I Did,’ ‘The Wrong House,’ ‘Possession,’ ‘I Wait For You’), an original print and piece, ‘Remembering Wildgoose Lodge,’ and complete story notes for all tales featured in the Deluxe Edition.

Tracy Fahey is an Irish writer of Gothic fiction. In 2017, her debut collection The Unheimlich Manoeuvre was shortlisted for a British Fantasy Award for Best Collection. Her first novel, The Girl in the Fort, was released in 2017. Fahey's second collection, New Music For Old Rituals, was released in 2018 by Black Shuck Books. Seven of her short stories have been longlisted by Ellen Datlow in her The Year's Best Horror volumes, and her 'That Thing I Did' received an Honourable Mention for the 2019 edition. Her short fiction is published in over twenty-five Irish, US and UK anthologies. In 2020, The Unheimlich Manoeuvre Deluxe Edition is released with an accompanying chapbook, Unheimlich Manoeuvres In The Dark, both by the Sinister Horror Company.

Fahey holds a PhD on the Gothic in visual arts, and her non-fiction writing has been published in edited Irish, UK, US, Dutch, Italian and Australian collections and journals. She has been awarded residencies in Ireland and Greece.

4.0 out of 5 stars
4 out of 5
1 global rating
How are ratings calculated?
To calculate the overall star rating and percentage breakdown by star, we don’t use a simple average. Instead, our system considers things like how recent a review is and if the reviewer bought the item on Amazon. It also analyzes reviews to verify trustworthiness.