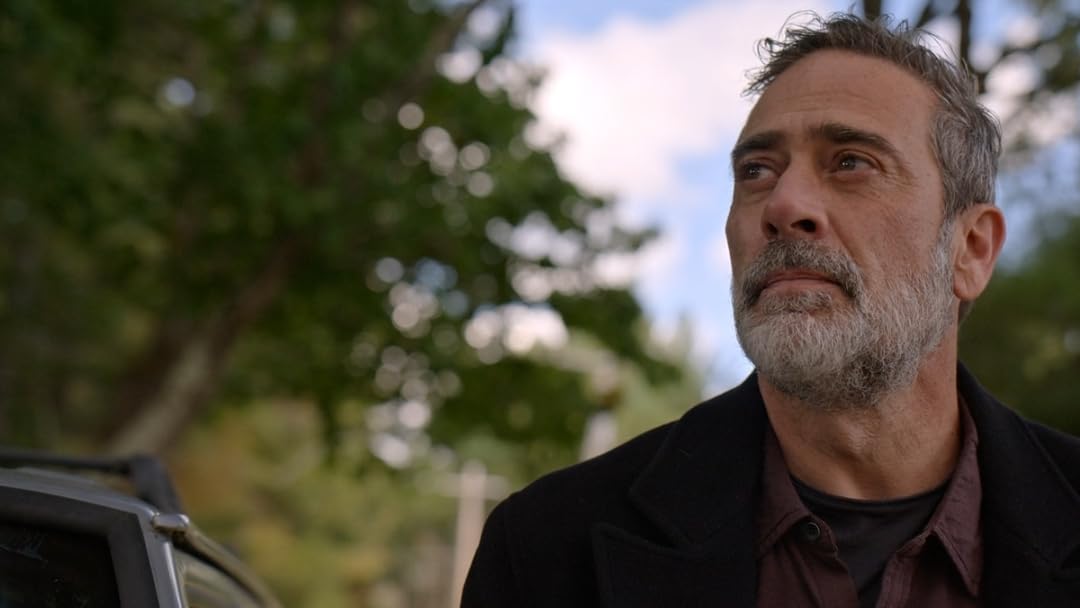 (12,623)
5.11 h 39 min2021X-RayHDRUHDPG-13
Terror strikes when a disgraced journalist investigates a girl who has the inexplicable power to heal the sick.

Melissa S.Reviewed in the United States on June 3, 2021
1.0 out of 5 stars
Watching Biden speak is scarier than this movie.
Verified purchase
This was very disappointing. I want my $19.99 back. The trailer made it look like it would be scary af. Instead, it was a freaking joke. The acting was complete garbage. Not scary even a little bit. I could have let my 6 year old watch it, and he would have gone to bed afterwards and slept like a baby. Do yourself a favor and read this review before you waste almost $20 on a super subpar, incredibly lame, and utterly disappointing “scary movie”. Meh. Hey Amazon, where’s my refund?
75 people found this helpful

Matthew M. BrownReviewed in the United States on June 4, 2021
3.0 out of 5 stars
Some Spiritual Truth in this horror flick
Verified purchase
I liked the Spiritual undertones of the story. I have not read the book. It is true that the Devil can appear as an angel of light 2 Corinthians 11:14. Also, we are not called anywhere in God's Word to devote ourselves or worship Mary or the Saints. Just the opposite. It is God Alone who is to be worshiped- and it is Christ Alone who Saves us if we put our Faith and Trust in the "finished work" on the Cross. Mary is not a co-redeemer. That being said, I can see how it may offend Catholics- seeing as the hold Mary in such high regard.
35 people found this helpful

VictoriaSelene Skye~DemeReviewed in the United States on May 27, 2021
1.0 out of 5 stars
Why Bother?
Verified purchase
Like most (JDM or TWD fans) who'll rent this there will be a smidgen of hope from the trailer that it will , even if they don't get their money's worth from the banal story line, be worth watching JDM in a fresh role now that we're all going through TWD withdrawals . NOPE. There is absolutely no hope for this juvenile laughable scribble. No actor could save this from itself. It's really not even worth a review since the simplistic story has been told since the beginning of christianity, rarely well, mostly laughably. I can tell you the special effects are total 60's. I swear that's an actor under a potato sack with a dollar store halloween mask float jumping from perch to perch to simulate levitation. The acting is abysmal unless this WAS meant to be a complete JOKE. And even then it fails. It's like lets do a 70's style bottom feeder level film on possession using the cheapest FX 60's style, hire JDM and throw in CE from the Princess bride for nostalgia and make a really bad movie and charge A level prices for viewing a FAIL level thing. Don't fall for it. Ive also realized it's JDM as Negan that I'm a fan of and that's where it stops now that I've seen a few other films he's in. Wait til it's free to be disappointed.
16 people found this helpful

Chirie SReviewed in the United States on June 4, 2021
4.0 out of 5 stars
A good vs, evil horror movie with a solid plot line
Verified purchase
We enjoyed this film very much. The story has a solid plot and an evil sprit that is reminiscent of the conjuring movies. It didn't scare us as much as we expected which is why I gave 4/5 stars.
14 people found this helpful

NavyMom0872Reviewed in the United States on June 28, 2021
3.0 out of 5 stars
Well ... it's not BAD but ...
Verified purchase
First off, I LOVE Jeffery Dean Morgan. He has such a wide range which goes from someone you want to hang out with and have a beer and great conversations to hating everyone fiber of his being. He's a great actor.
Now ... that being said I was glad I rented The Unholy before I bought it (which I won't be purchasing this movie). And let me tell you WHY ...
Before every integral scene, I called what was going to happen. Jump scares and all. Took me less than half way through to figure out the plot twist. Though Morgan did a fantastic job with his character, the mediocre performances of his supporting actors and actresses made his "light" a bit dull. And one crucial end to the curse or legacy of the Unholy spirit was completely contradictory to what was foreshadowed not more than twenty minutes before the heroic scene. I was like ... wait ... didn't you just say (won't say it as I don't want to give away spoilers).
Rent the movie and see for yourself. It's not bad but not worth buying. Rent it. Get snacks and enjoy but don't get too invested.

NatashaReviewed in the United States on May 4, 2021
5.0 out of 5 stars
A fresh take on religious horror
With modern horror trends leaning towards either cheesy or purely psychological, The Unholy brings a classic approach that takes the genre seriously. Suitable for a spooky night at home alone or your local theater, it has great creature effects with Mary, and Jeffrey Dean Morgan shows up basically as JDM (charming).
But Cricket Brown is the scene stealer. She’s set to do big things and expect to see her in a lot more in the near future.
It’s creepy, it’s scary, big set pieces and an all around good time. I would highly recommend The Unholy for anyone looking for a more classic style horror movie.

TheDrakenKnightReviewed in the United States on June 1, 2021
4.0 out of 5 stars
Not as good as the conjuring films but..........
Verified purchase
But the film had a solid plot, I agree with others that the CGI could have been better but over all the story stayed on message throughout, pretty decent over all for what it was.
12 people found this helpful

cool breezeReviewed in the United States on June 28, 2021
1.0 out of 5 stars
Saving the World Using a Straw Doll with Tiny Chains to Trap Evil
Verified purchase
A summary of the movie follows. I spoil the entire thing, so stop reading if you do not want to know what happens. Really, I am going to reveal the major points of the movie...You have been warned.

So the movie starts sometime in the past (when women were burned as witches) with the torch-bearing townsfolk hammering a mask of the Virgin Mary onto a young woman's face. Next, a priest makes some exclamations and the woman is burned to a crisp. Later we switch to the present day. It turns out that the townsfolk from the past imprisoned the woman's soul in a doll (yeah, that old trope).

Our movie's hero (Jeffrey Dean Morgan) discovers the doll and shatters the chains wrapped around the doll. He is a down on his luck journalist who was disgraced when he fabricated stories. He is now condemned by his colleagues and cannot get a respectable job. To drum up interest in a tabloid story, he stomps on a doll that he discovers; he plans to write a scandalous story about evil plaguing the village cuz the doll is cursed. However, because he stomps the doll and breaks the iron chains on her little doll body, evil actually does escape.

It is soon revealed that the townsfolk were doing God's work by burning and torturing their captor. The woman (coincidentally named Mary) whom they tortured and burned was actually the bride-to-be of Satan. So smashing her face as they hammered the mask was holy work. If only that pesky journalist had not unleashed the evil. Why put unholy evil into a straw doll? What could go wrong?

Anyway, the evil Mary heals a deaf girl named Alice and uses her to perform miracles. A mob of people come to worship Mary/Alice. The entity Mary/Alice intends to possess the soul of everyone who pledges their soul to her three times (the say the name three times trope). But the journalist foils the nefarious plan when he tells the crowd/mob that he fabricated the story. According to the plot point, creating doubt will destroy everyone's faith. Even though three miracles had occurred, people ignored them and listened to the journalist. The doubt ruined evil Mary's plans to harvest souls. As revealed in the previews, the vehicle that Mary is using is the child Alice. I did say that there would be spoilers, but if this interests you, there is still a bunch of other mess I did not reveal. There is a small chance that you will be entertained if you dare to watch this, but that is because the move is unintentionally funny.

The Unholy is full of clichés, movie tropes, and stereotypical movie characters. It is almost a spoof of the horror film genre. All that they needed was a Barbie Doll at the beginning of the movie to trap the evil. If you decide to watch, good luck.
4 people found this helpful
See all reviews
Back to top
Get to Know Us
Make Money with Us
Amazon Payment Products
Let Us Help You
EnglishChoose a language for shopping. United StatesChoose a country/region for shopping.
© 1996-2022, Amazon.com, Inc. or its affiliates