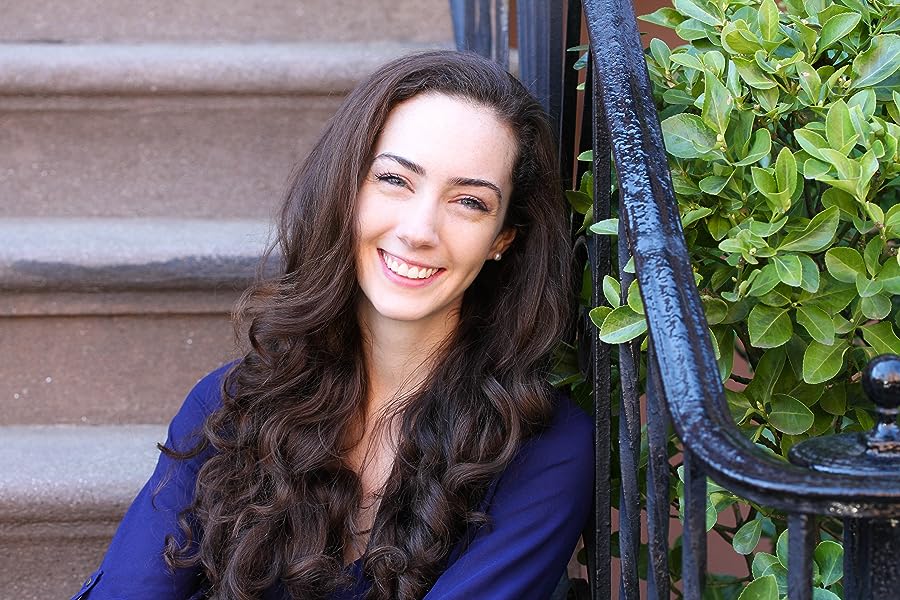 Gr 5–8—A magical story of two sisters, Claire and Sophie, who enter a fantastic land named Arden. While exploring their new home in Windemere Manor, Claire and Sophie discover a land in the heat of battle. The people in charge of magic are fighting and the revered unicorns are missing, all while terrifying creatures called wraiths haunt the land. The sisters sense danger and decide to return home. The true adventure begins when Sophie disappears one night and Claire must return to Arden to find her. Benko crafts fully developed characters and a detailed fantastical world. Though the plot is reminiscent of many of magical fantasy adventure, the suspense and sisterly bonds will keep readers hooked. VERDICT A solid start to a new series. Hand to readers who love Narnia.—April Sanders, Spring Hill College, Mobile, AL

"Fans of magic and fantasy, especially those who love Madeleine L'Engle's A Wrinkle in Time or the darker, creepy atmosphere in Neil Gaiman's Coraline, can't miss this debut."
Booklist, starred review

"Utterly delightful! Taps into the wonderful childhood fantasy of finding a secret door to another world."
Jessica Day George, New York Times-bestselling author of TUESDAYS AT THE CASTLE

"An adventure-quest brimming with magic and heart...Mesmerizing."
Roshani Chokshi, New York Times-bestselling author of ARU SHAH AND THE END OF TIME

Kamilla Benko spent most of her childhood climbing into wardrobes, trying to step through mirrors, and plotting to run away to an art museum. Now, she visits other worlds as a children's book editor. She currently lives in New York with her bookshelves, teapot, and hiking boots. In addition to the Unicorn Quest trilogy, she is the author of the Forest of Shadows, an original Frozen II novel that bridges the events of Disney's massively successful animated movie and its upcoming sequel.
kamillabenko.com
@kkbenko (Twitter)

Read more
Start reading The Unicorn Quest on your Kindle in under a minute.

4.9 out of 5 stars
4.9 out of 5
75 customer ratings
How does Amazon calculate star ratings?
Amazon calculates a product’s star ratings based on a machine learned model instead of a raw data average. The model takes into account factors including the age of a rating, whether the ratings are from verified purchasers, and factors that establish reviewer trustworthiness.

Daniel Richman
5.0 out of 5 stars A Beautiful Reading Experience
Reviewed in the United States on February 2, 2018
Verified Purchase
An immersive world and an engaging flow drive this debut novel by Kamilla Benko. Readers feel lucky to be along for the ride as they are whisked away to a sprawling mansion, gloomy caves, and glittering magical industrial centers. Rarely are we left anywhere but the edge of our seat. Both boys and girls aged 10 to 14 will enjoy immensely, and will look forward to a sequel.
Read more
4 people found this helpful
Helpful
Comment Report abuse

UFfan
5.0 out of 5 stars Suspenseful fantasy with twists and turns
Reviewed in the United States on May 17, 2018
Verified Purchase
I thought The Unicorn Quest was a really great book. Admittedly it's a bit outside my usual genre but I was able to immerse myself in the story and the magical world of Arden that Ms. Benko created. I think young readers will truly enjoy this book. I particularly enjoyed how the author would introduce a few advanced vocabulary words and help explain them through the dialogue of the characters. I'm looking forward to the sequel!
Read more
One person found this helpful
Helpful
Comment Report abuse

CJ Harris
5.0 out of 5 stars SCHOOL PURCHASE
Reviewed in the United States on May 8, 2019
Verified Purchase
I order Amazon for a public school district. This must be okay to recommend b/c I didn't hear any complaints (and believe me I would have.)
Read more
One person found this helpful
Helpful
Comment Report abuse

Patricia Mcdowell
5.0 out of 5 stars granddaughter loved it
Reviewed in the United States on January 25, 2019
Verified Purchase
When my granddaughter opened this up at Christmas she was so excited and can't wait for the other book that I ordered, she loves to read!
Read more
One person found this helpful
Helpful
Comment Report abuse

Kathleen Stjohn
5.0 out of 5 stars Playful, Imaginative
Reviewed in the United States on May 8, 2018
Verified Purchase
Really great story about the adventures of two sisters in a magical land called Arden. Lots of great characters and story lines. Will keep you captivated beginning to end. Highly recommend for all ages.
Read more
Helpful
Comment Report abuse
See all reviews from the United States

YasDj
5.0 out of 5 stars I read this in THREE days!!!
Reviewed in the United Kingdom on July 21, 2019
Verified Purchase
I loved,loved,LOVED this book!!I loved al the characters personalities!Im already halfway through the second book,and cant wait for the third!(Febuary,2020)The Unicorn Quest had everything I hoped for!Fantasy,drama and magic!This is a must read for unicorn lovers age 8-12!Keep up the good work!
Read more
One person found this helpful
Helpful
Sending feedback...
Thank you for your feedback.
Sorry, we failed to record your vote. Please try again
Report abuse

shell
5.0 out of 5 stars Girls would love this
Reviewed in the United Kingdom on December 22, 2018
Verified Purchase
This is for all the unicorn lovers out there a must read
Read more
Helpful
Sending feedback...
Thank you for your feedback.
Sorry, we failed to record your vote. Please try again
Report abuse

amanda
5.0 out of 5 stars Unicorns are real
Reviewed in the United Kingdom on December 12, 2018
Verified Purchase
My daughter loves unicorns so she should love this
Read more
Helpful
Sending feedback...
Thank you for your feedback.
Sorry, we failed to record your vote. Please try again
Report abuse

mrs s j nuttall
5.0 out of 5 stars Plenty of pages
Reviewed in the United Kingdom on January 16, 2020
Verified Purchase
My granddaughter loves unicorns and she loved this colouring book plenty of pages to keep her busy
Read more
Helpful
Sending feedback...
Thank you for your feedback.
Sorry, we failed to record your vote. Please try again
Report abuse
Load more international reviews

Melissa Fitzpatrick
5.0 out of 5 stars Great book
Reviewed in Canada on June 28, 2018
Verified Purchase
This was a well written and interesting story with well-developed characters. I hope there will be more books in this series, and may need to pick up a paperback version for my daughter.
Read more
Helpful
Sending feedback...
Thank you for your feedback.
Sorry, we failed to record your vote. Please try again
Report abuse

Amazon Customer
5.0 out of 5 stars Happy Birthday
Reviewed in Canada on May 21, 2019
Verified Purchase
She loves it
Read more
Helpful
Sending feedback...
Thank you for your feedback.
Sorry, we failed to record your vote. Please try again
Report abuse

Page 1 of 1 Start overPage 1 of 1
This shopping feature will continue to load items when the Enter key is pressed. In order to navigate out of this carousel please use your heading shortcut key to navigate to the next or previous heading.
Back
Next
Pages with related products. See and discover other items: unicorn chapter books