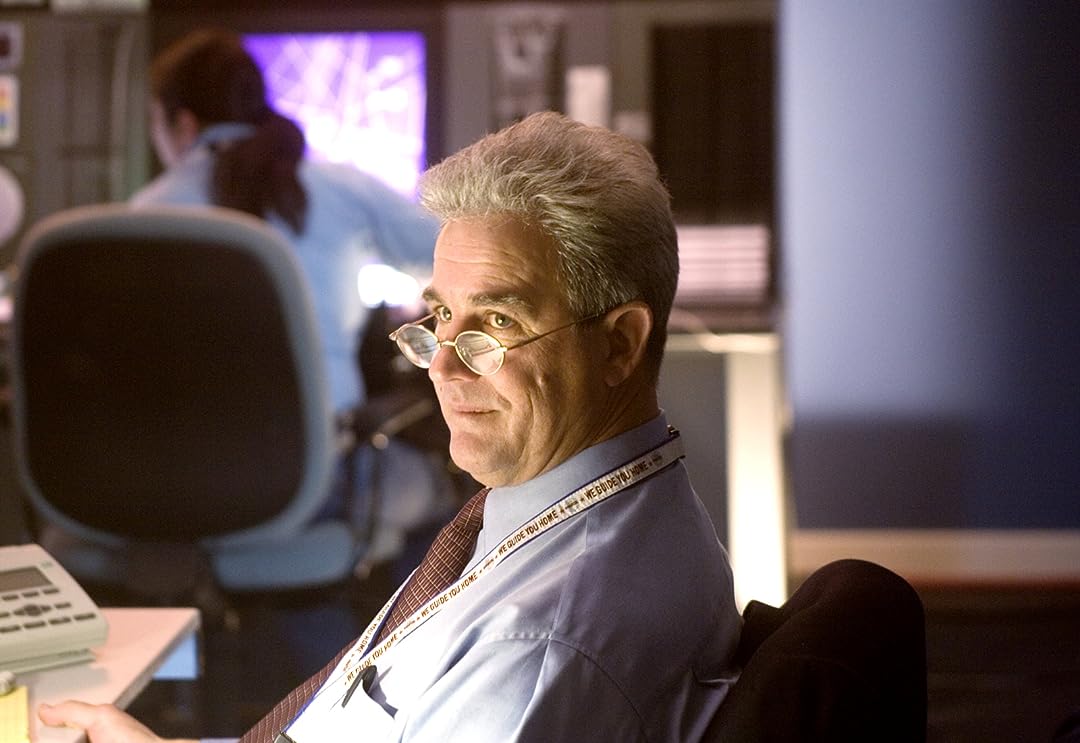 (2,303)7.61 h 51 min2021X-RayR
A dramatic reenactment of the September 11 United 93 flight, the hijacked plane that was intended to crash into the United States Capitol.

Mike PowersReviewed in the United States on July 6, 2016
5.0 out of 5 stars
"United 93:" Harrowing and difficult to watch, but should be seen by everyone.
Verified purchase
I first saw the film “United 93” when it was released in 2006. Since this was the first dramatic film about 9/11 – the terrorist attacks on the United States on September 11, 2001 – I was curious to see how Hollywood would treat this sensitive subject. Would moviemakers treat this tragedy in their usual histrionic fashion, making it an exercise in crass commercialism… or would they seek to honor the victims in a more subdued, historically accurate manner?

Fortunately for all concerned, director Paul Greengrass and his production team chose the latter course, thereby creating an outstanding film that dramatizes the events of that day while at the same time honoring every one of the 40 innocent souls who lost their lives aboard United Airlines Flight 93.

“United 93” presents a clear timeline of events aboard the doomed jetliner from the time passengers, crew members, and four terrorists boarded in Newark, New Jersey until the moment it crashed into a field near Shanksville, Pennsylvania. Much of what is dramatized is based on transcripts of radio transmissions and telephone calls, and recalls the heroic efforts of passengers and crew to reclaim the aircraft from the terrorists who had hijacked it.

The film also gives an account of the larger tragedy unfolding in the skies at the same time. Air traffic controllers hear garbled radio transmissions from three other hijacked aircraft and report their suspicions to supervisors. The Federal Aviation Administration and U.S. Air Force struggle to sift through frequently confusing and faulty information in their efforts to keep abreast of the situation, and make correct decisions on how to best respond.

“United 93” has a realistic, almost documentary feel to it. The acting by its fine ensemble cast is subdued and very natural. (Actors selected to portray passengers and crew met with family members prior to filming, and several other cast members were participants in the actual events of the day. They included air traffic controllers, U.S. Air Force command and control officers, and even the then FAA Director of Operations.)

The Blu-ray edition of “United 93” includes the feature film (presented with outstanding 1080p video and DTS Master Audio quality) and a host of excellent special features. The bonus material includes a documentary about the families of the United 93 passengers and crew, and another film that documents the events of the day as told my many of the participants.

I’ve seen other films with 9/11 at their subject matter, and none of them are anywhere near as good as “United 93.” Even now, fifteen years after 9/11, this is a difficult and harrowing film to watch. But it should be seen by everyone. Most highly recommended.

HayMickVikingReviewed in the United States on March 27, 2019
5.0 out of 5 stars
Whether they overpowered the terrorists or got shot down as they requested to be, they are heroes.
Verified purchase
United 93 IMO is the best 9/11 film, second only to the documentary that was made as that horrible day unfolded, "9/11" by Jules and Gideon Naudet. Paul Greengrass directs the action and the actors with expertise and the result is an all too unnerving sense that you are THERE, in that metallic tube, too far up the sky to escape, and contemplating your mortality. It's claustrophobic, abrupt, violent, desperate, and unbearably sad. But a big reason why I enjoyed the film as an actual entertainment experience (I never feel comfortable calling 9/11 movies 'entertainment', but...) is that the viewer gets a decent summation of each terrible insult of that infamous Tuesday morning: The Boston Centre's first clues that something was amiss with American flight 11; The horrific realisation that, only moments after United 175 had offered assistance to the ATCs, it too, had been hijacked; The collective global trauma inflicted as 175 smashed into Trade Centre Tower 2 on live television, including the BBC; The damage and death at the Pentagon when American 77 slammed into it, even if flight 77 was only spoken of as the passengers of United 93 communicated with their families on the ground. I've watched several 9/11 themed movies; Oliver Stone's World Trade Center isn't bad per se, but because a lot of it took place under the rubble of the collapsed skyscrapers, it needed to be dark. It was a great story of survival, but somehow, I couldn't "like" it because I couldn't see the 2 main characters. I've seen sincere, sappy, disrespectful and just plain boring films about 9/11. United 93 is definitely the best one if you want a non-sentimental, fast-paced, realistically acted fight to the death.
11 people found this helpful

K. FollReviewed in the United States on September 11, 2021
5.0 out of 5 stars
A planeful of badass heroes
Verified purchase
Watching this on the 20th anniversary of those horrific events. This film took on a big burden in attempting to portray a story of this magnitude. In my opinion it succeeds in that it doesn't try to usurp the facts or insert its own narrative in an overly dramatic way. Instead it takes us through the events with an almost documentary immediacy, letting the drama and chaos be what it was.

It starts out as the story of ordinary people, just getting on what they thought was a routine flight. This story is contrasted with the experience of the four hijackers as they prepare for their act of jihad. Alongside this we're presented with a montage of scenes from the military, air traffic control, and FAA meetings as they witness the strikes on the World Trade Center and realize they were not an isolated event. A fact that becomes increasingly clear as more and more planes are thought to be, or actually are, hijacked.

So while the scenes elsewhere erupt into chaos, the scenes in flight 93 are relatively serene - until they aren't. There are no smoothly choreographed fight scenes, no typical action-film heroics, and no overly dramatic sound track to detract from the immediacy of it. Instead there's a focus on those passengers who saw what was going on and knew they had to take back control.

Layered in amongst all this we see little vignettes of the passengers' phone calls to their families, to 911, and to various other authorities. These calls made more information available to the passengers, disseminated by the most basic means possible: word of mouth, which in turn enabled them to quickly plan and launch a coordinated effort to overcome the hijackers using any means necessary. Even though they knew they were doomed, they did what had to be done in order to save hundreds more lives. I salute each and every one of those brave men and women.
3 people found this helpful

Carol WatkinsReviewed in the United States on April 4, 2020
5.0 out of 5 stars
The best 9-11 movie
Verified purchase
This movie was gripping and the acting was superb. It captured, as if in real time, the confusion and miscommunication among the air traffic and military people. The personal calls made by passengers to their loved ones were heart wrenching. The final heroism of passengers was exciting even though we all know the eventual tragic outcome. The DVD features some extras you will not get with the download

We live near the memorial for the United 93 crash site.
6 people found this helpful

LIONHEART Reviewed in the United States on September 16, 2021
5.0 out of 5 stars
NEVER FORGET THEIR BRAVERY
Verified purchase
This is heart breaking yet sums up the COURAGE THE BRAVE PASSENGERS HAD in order to SAVE OTHERS when the heartless hi-jackers TRIED AND FAILED to take over this plane BUT DID NOT MAKE THEIR DESTINATION DUE TO THE AMAZING AMERICAN LOVE THESE HEROES SHOWED THAT HORRIFIC DAY! It is NOT about the cowards who caused their death ~ it is about the BRAVERY THE PASSENGERS SHOWED ~ GOD BLESS THEM EACH AND THEIR FAMILIES!! PLEASE KEEP THEM IN YOUR PRAYERS AND REMEMBER TO BE THANKFUL AS THEY SAVED THAT FATEFUL FLIGHT FROM UNKNOWN ADDITIONAL TERRORISM!!
One person found this helpful

Kindle CustomerReviewed in the United States on September 26, 2021
5.0 out of 5 stars
I would give it more stars if I could.
Verified purchase
Flawless movie, riveting, heart and gut wrenching. Beautifully done and a fitting tribute to the brave souls who did not let their flight crash into the Capitol. I felt a deep sorrow again, twenty years later, for the passengers of all four planes, their families, our country, for our loss of innocence as we had not experienced an attack on our soil since Pearl Harbor, for all the people in and around the Towers, but also for people of all faiths who get the messages of their religions all wrong and commit terrible crimes as a result. This is a rewarding, if painful movie to watch and I can't recommend it more highly.

KarolReviewed in the United States on October 16, 2018
4.0 out of 5 stars
United 93 well worth watching
Verified purchase
The movie came across as realistic and very clearly showed how completely unprepared we are for this type of attack - all of the professionals who should have been handling this situation were clueless and completely ineffectual and failed completely to communicate with each other. However, the folks on United flight 93 were portrayed with dignity and (I think) honesty. The movie lost a star for the ending tho - I think it should have gone just a minute or two more to show the memorial and further honor the heroes on that flight who gave up their lives to prevent an even worse disaster.
4 people found this helpful

MARKReviewed in the United States on March 21, 2021
5.0 out of 5 stars
In real time with real people
Verified purchase
I was really impressed with this 9-11 movie. Most of the cast is not recognizable (even in 2021). I was most impressed after watching the credits and seeing how the cast was listed. I'm guessing each of the people on the flight whose family allowed a portrayal of who they lost was represented by an actor. Even the air traffic controllers and military members were playing themself. I'm not sure if they were as involved in that day as was portrayed but it was still great to see them involved in this film.
2 people found this helpful
See all reviews
Back to top
Get to Know Us
Make Money with Us
Amazon Payment Products
Let Us Help You
EnglishChoose a language for shopping. United StatesChoose a country/region for shopping.
© 1996-2021, Amazon.com, Inc. or its affiliates