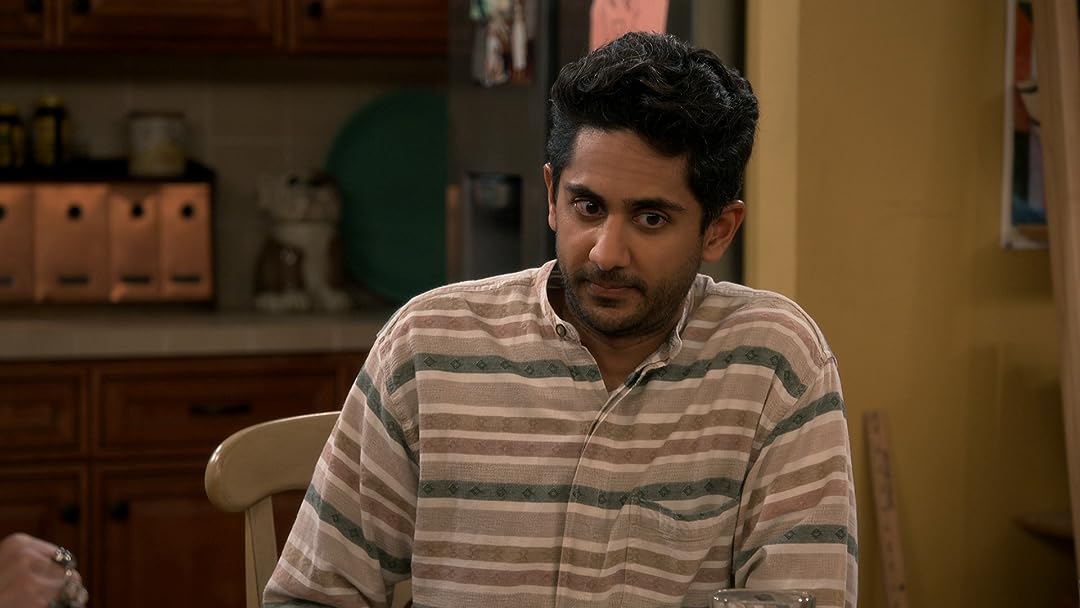 (122)
20217+
UNITED STATES OF AL stars Adhir Kalyan and Parker Young in a comedy about the friendship between Riley, a Marine combat veteran struggling to readjust to civilian life in Ohio, and Awalmir (aka Al), the interpreter who served with his unit in Afghanistan and hiias just arrived to start a new life in America. The series also stars Elizabeth Alderfer, Dean Norris, Kelli Goss and Farrah Mackenzie.

Vegas RossReviewed in the United States on May 1, 2022
5.0 out of 5 stars
Really like this sit-com and bought both seasons
Verified purchase
I cannot believe they are considering cutting this show. My wife and I really like it. Hard to find good sit-coms now. They need to keep this one going.
One person found this helpful

Joni PlumBlossomLaneReviewed in the United States on June 27, 2022
1.0 out of 5 stars
Waste of money
Verified purchase
Not funny.

Sarah A. LaraReviewed in the United States on May 9, 2022
5.0 out of 5 stars
Great Show!
Verified purchase
Fun and divers - great show!

P.o.E.Reviewed in the United States on April 23, 2021
1.0 out of 5 stars
OMG - this is AWFUL!
I feel like Chuck Lorre has left the 21st Century for a Perfect Strangers 80s. Go back and watch PS and you'll see how much of the humor is similar. It might have been funny then, but it hasn't aged well, and new shows using a similar style of humor just won't last. It's a type of humor that feeds into awful perceptions of immigrants, and we dont need to keep recycling this type of propaganda.

This is just bottom of the barrel. Definitely not of the caliber of other CL shows. In fact, Bob Hearts Abishola, while not without flaws, is a much better--and far more authentic--sitcom about immigrants.

And what is it with the parody of accent and identity? No, you can't substitute one minority for another--how is this not understood?

I doubt CBS will let a CL show cancel so soon--in fact, look at how many CL properties are sustaining CBS - Mom, Young Sheldon, Bob Hearts Abishola, that new donor show (and, before that, Big Bang Theory). It's almost like CBS stands for Chucklorre Broadcasting Station. Instead, the best one can hope for is that there's an overhaul (the way that CL kept overhauling Mom from season 2 on) and they'll address all of these flaws. If not, it's time to just nix the property and do something different--and far better.

Leslie HReviewed in the United States on July 23, 2021
3.0 out of 5 stars
Suspended in mid air!
Pro's are: it is not violent, it is not graphically sexual, it brings to attention through comedy the emotional trauma suffered by both service men and women and their families, it introduces us to interpreters trying to bring peace to their country and what it cost them even though some say it is not entirely accurate.
Con"s are: the humor is not top notch, the script or story is important but not written very interestingly, the actors are mediocre.
I do like the respect given to the elders in other countries and acted out here. Although I believe some of those countries stifle and control the young there is a point of balance missing in America's young too. We could both learn a little from each other's customs. It is not a bad show, but some of its jokes are off color. Is it a family show or an adult show? It is sort of suspended in mid air in my opinion! Difficult to define in every aspect.

Gets AroundReviewed in the United States on April 12, 2021
5.0 out of 5 stars
Great show Chuck Lorre does it again
I've watched every Chuck Lorre show obsessively and this is already one of my favorites. But I honestly have no idea where it's headed. The main character is Al is really good, but I could imagine you might also hate him. I'm hooked I know I'm going to watch them all to the end.
2 people found this helpful

RobertReviewed in the United States on April 19, 2021
5.0 out of 5 stars
Great Show!
I do not care what the professional critics say...this show is great! I laughed and cried as the plot covers a lot of topics while keeping it lighthearted. Professional critics be damned...take a chance and watch a show that has a veteran as the main character and the challenges he has returning home.
4 people found this helpful

Shawn ClydeReviewed in the United States on October 8, 2021
5.0 out of 5 stars
Funny, charming, not cynical
This is an accessible, very watchable comedy that happens to have some fresh international and ripped-from-the-headlines twists on the usual American sitcom formula. It fits comfortably in the sitcom genre with familiar narrative structures, but doesn't have the same jokes and situations you've seen a million times before, because of the unique (and true to life) premise. I look forward to seeing what trouble Al and Riley get into in season 2.
One person found this helpful
See all reviews
Back to top
Get to Know Us
Make Money with Us
Amazon Payment Products
Let Us Help You
EnglishChoose a language for shopping. United StatesChoose a country/region for shopping.
© 1996-2022, Amazon.com, Inc. or its affiliates