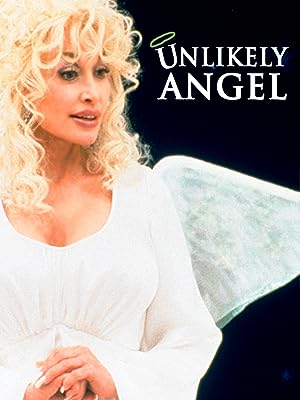 neognomicReviewed in the United States on December 24, 2019
3.0 out of 5 stars
Troubled Teenager is really in trouble now
Verified purchase
Unlikely Angel - it was cute, despite the formulaic plots and sub-plots, and probably would watch again but not going to look for it.
After a little research I may never watch it again, at the least not in the same light/attitude.

"Unlikely Angel" has Allison Mack as the lead for the "troubled teenager" and she went on to do many things but probably best known for spending ten years as the co-star for "Smallville" TV Series (2001–2011). Near the end of the series she would (apparently) dump her boyfriend(s) then ~7 years later, in 2017, marry a woman, become a leader in a sex cult and get arrested for sex trafficking in 2018.
"Mack was arrested in Brooklyn by the FBI on April 20, 2018, on charges of sex trafficking, sex trafficking conspiracy and forced labor conspiracy.
...
On April 8, 2019, Mack pleaded guilty to racketeering conspiracy and racketeering charges, and was scheduled for sentencing in September 2019(postponed by the court)." (RE: Wikipedia)

JanetLyn B.Reviewed in the United States on December 12, 2019
5.0 out of 5 stars
A light-hearted, musical, realistic enough ...to give tears of joy.& pause for thought.
Verified purchase
I LOVE AND ADMIRE Dolly's lovely singing talent & truly believe that
she IS AS SWEET-SPIRITED in real life as the character that she plays in this film.
The children and adults are realistic and the movie's kind of a 'morality play'....
and MUCH BETTER than much of the TV SHOWS on regular network television....
especially to get into the Christmas Spirit....... and hopefully PONDER the THOUGHT of bringing MORE KINDNESS & THINKING A BIT MORE OF OTHER PEOPLE...and a bit less about one's self so much of the time...Letting the "sunlight of the Spirit" of LOVE & OF PEACE & OF HARMONY, FRIENDSHIP...and Living not just to work and earn &/or spend money.... SPEND TIME with loved ones.... THAT's THE MESSAGE I get from this film, as well.... HELP BRING INTO THIS LIFE more POWER FOR GOOD... DAY-BY-DAY whether or not it's a Holy-day (holiday) of any sort.
5 people found this helpful
Report abuse

Rockin' Old GeezerReviewed in the United States on December 10, 2017
5.0 out of 5 stars
I REALLY liked the idea that God
Verified purchase
I REALLY liked the idea that God, Heaven, Angels and freaking excellent Roddy McDowell are MUCH more interactive (proactive?) in our lives (deaths?) than we've been lead to believe. Still...St. Pete was around enough that you really have to wonder just how many people are walking through that gate? He seems to have some time on his hands.
:-)
It aint high art and it aint ground breaking cinema but it's a lovely story.
It was 1996 for Christ's sake!
It's absolutely beautiful.
11 people found this helpful
Report abuse

anonymousReviewed in the United States on March 11, 2021
5.0 out of 5 stars
Beautiful movie, worth watching over and over and over! If you're a Dolly fan, watch this!
Verified purchase
I'm a Dolly fan through and through, anything she does is top-notch in my book and worth watching/listening to. I have the utmost admiration for her as a person and her singing voice has been my most favorite for many years. I saw this on TV several years ago and bought the DVD. I've lost track how many times I've watched it, mainly for the one song she sings near the end. A believable story with believable characters, a rare feel-good movie with nothing to complain about.
Report abuse

Amazon Prime ShopperReviewed in the United States on September 5, 2017
4.0 out of 5 stars
Unlikely Angel - Dolly Parton movie is pretty cool
Verified purchase
This is a well made tv movie starring Dolly Parton. She is singer who has an accident and she can't quite make it into heaven. She made a bargain with Saint Peter to help a family out whose mother passed away, and the father and the children are having a hard time dealing with her loss. Her assignment to get into the pearly gates is become a governess or "nanny" and to help the family heal and get a new mother for the children. Story is basically Christian theme. Dolly also sings a very pretty song called "Unlikely Angel".
9 people found this helpful
Report abuse

MD42Reviewed in the United States on January 7, 2019
2.0 out of 5 stars
Lame
Verified purchase
Instead of being sent on an important mission, like helping to ease suffering and pain in just one of a million deserving places on earth, she's sent to try and straighten out a couple of spoiled rotten rich kids and their overworked dad...
Seriously?! This film is a waste of time.
One person found this helpful
Report abuse

LightHearted1Reviewed in the United States on December 20, 2017
4.0 out of 5 stars
Likely Dolly Angel
Verified purchase
It's a good family movie and well worth the price of admission to hear Dolly sing, especially the title song, "Unlikely Angel" -- it's a great song and fits the story well.Dolly is Dolly and if you like that, you'll enjoy the film. It's got Christmas Spirit, without being overly heavy about it, even warm and lighthearted, like Dolly. Liked her rendition of the Hallelujah Chorus at the end, orchestrated for her. Not a great film, but an enjoyable family Christmas movie.
3 people found this helpful
Report abuse
See all reviews
Back to top
Get to Know Us
Make Money with Us
Amazon Payment Products
Let Us Help You
EnglishChoose a language for shopping. United StatesChoose a country/region for shopping.
© 1996-2021, Amazon.com, Inc. or its affiliates