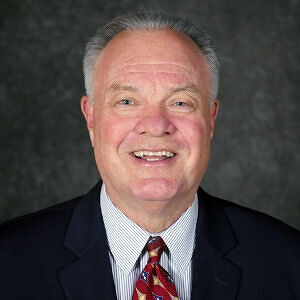 by Richard L. Mayhue (Author)
4.6 out of 5 stars 10 ratings
See all formats and editions
Sorry, there was a problem loading this page. Try again.

Unmasking Satan exposes the many tricks of the temptation trade that Satan employs to snare the unwary believer. For each of the devilish tactics our enemy can deploy there is a correspondingly powerful biblical counterattack that believers can launch. This insightful volume provides a practical—and successful—battle plan for every Christian to stand against the enemy.
Read more
Previous page
Next page

An excellent and empowering tool for defeating our adversary and his schemes. ― Unity in Christ Published On: 2004-06-03

&ldquo;Unmasking Satan is a practical study that shows you how to recognize the enemy, understand his strategy, and defeat him.&rdquo;

&mdash;Warren Wiersbe
from the foreword

As C. S. Lewis revealed a generation ago in The Screwtape Letters, humans tend to either deny Satan&rsquo;s existence or fear him excessively. These two faulty and potentially disastrous views have dominated human thought throughout history, putting the church in a perilous position.

Satan skillfully wages a serious and deadly covert war. His goal: to bring down every Christian and God&rsquo;s kingdom with them. To win this battle against Satan, we must first see him as he really is.

Unmasking Satan rips away his disguises. Have no doubt; God knows Satan&rsquo;s every scheme and has supplied us with a definitive battle plan we must implement to defeat Satan&rsquo;s evil plans.

In a day when Christians and non-Christians alike decry rampant evil and subtle loss of true moral values, there may not be a more important book for us to read.

Dr. Richard Mayhue (Th.D., Grace Theological Seminary) is Senior Vice President and Dean of The Master's Seminary, Sun Valley, California, where has also teaches theology and pastoral ministry. In more than twenty-five years of ministry Dr. Mayhue has served as a pastor, trained pastors, and written, edited or contributed to more than fifteen books.
Read more
Tell the Publisher!
I'd like to read this book on Kindle

Beate
5.0 out of 5 stars books
Reviewed in the United States on January 14, 2013
Verified Purchase
Richard Mayhue is an excellent writer and in this book teaches us how to be aware of the schemes of Satan
Read more
3 people found this helpful
Helpful
Report abuse

A&W
5.0 out of 5 stars Daily Attacks of Satan
Reviewed in the United States on January 27, 2008
This is a resourceful tool for any pastor or teacher in that it brings awareness to the strategies Satan uses to attack believers. Richard Mayhue unmasks the disguises of the devil in a practical, biblical manner by exposing the common schemes and twisted lies used by the enemy to destroy individuals. The author teaches that God's truth is our protection and way to sabotage Satan's strategies. In reading this book, one discovers that Satan is a real present danger in everyday life. I will share the contents of this information with others to warn them of this well thought out battle plan. My prayer is that others prepare themselves for spiritual battle by practicing the defensive postures revealed in this study.
Read more
3 people found this helpful
Helpful
Report abuse

luvthearts
1.0 out of 5 stars Another voyage into the world of Myth
Reviewed in the United States on January 29, 2008
Unmasking Satan is a simple task of sheddng the skin of mythology and getting on with your life. Try the real world and not one of cloak and daggers with non-existing ghosts and gobblins. Books like this join the long list of money making schemes by Pastors/Preachers and televangelits to make a fast buck off of you. Keep your hard earned dollars in your bank account and do not hand it over to these people.
Read more
One person found this helpful
Helpful
Report abuse
See all reviews