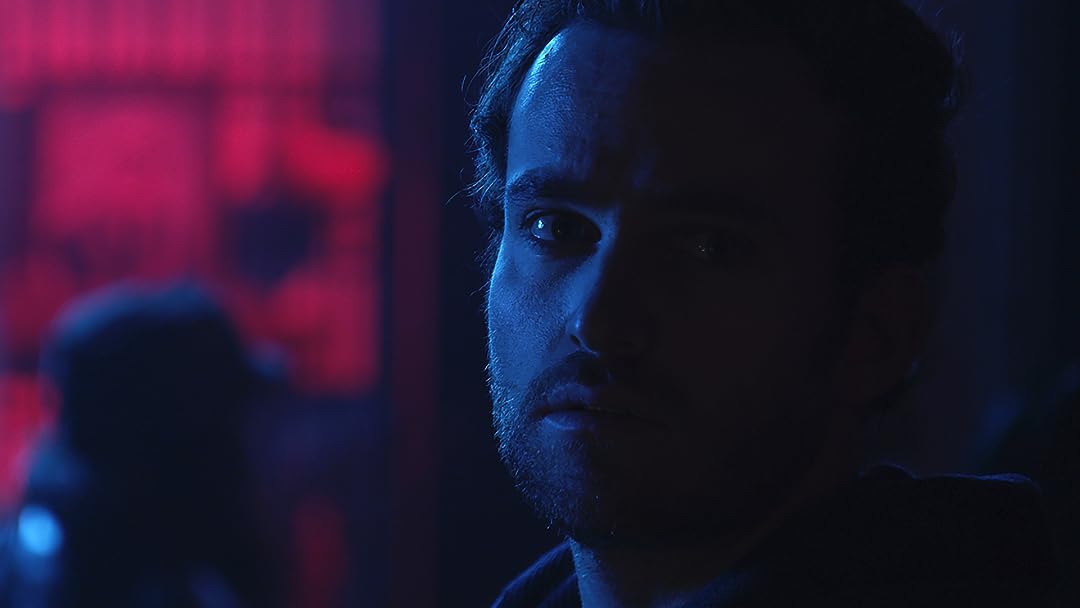 (57)
5.01 h 22 min201518+
Michael's heroin addiction is beginning to test his limits, but when he is kidnapped and taken into the woods, he soon discovers just how far those limits will go.

380 megaXtremeReviewed in the United States on July 9, 2020
1.0 out of 5 stars
the acting was ok, story terrible
Verified purchase
This was a contrived and predictable script, pretty lame. The acting wasn't bad and the movie was produced well, it moved at a good pace and had cohesion, It's just that the script was lame. First of all why are a bunch of dudes going to totally run from a murderer, I mean they're going to try to figure out who they're dealing with by at least spotting someone from far away and then if it's too much for them they may run for their lives, and how is someone going to instantly hang a dude all bound up in a flash.....you could totally see what was coming....there wasn't much effectiveness to this at all. Borrowing from the concept of "the game" but this was really really lame, the climax was the lamest part,the acting was even terrible in that part but with a script that bad who could have done anything with that scene it was like one of those church movies or something there at the end, really pathetic. I'm sure they worked there ass off making this and they did a lot of good stuff but there's so many links in the chain with filmmaking, they didn't pull it off, maybe next time

Honest ABEReviewed in the United States on June 22, 2019
4.0 out of 5 stars
In the beginning...
Verified purchase
I was very intrigued by the start of this movie. The suspenseful music that adds ambiance to the movie is very titillating. Drugs and sex in the mix got my attention. It's as if I am in this movie. I was able to relate certain scenes, and aspects of this film. I couldn't wait to get to the end to find the results of this suspenseful movie, so I held on. Past midway into the film, I began to start adding the events, and voila..lo and behold was able to predict the ending in a certain way. Although there was some parts of the ending that I thought would be unbelievably impossible to happen in reality. You see, I too, received a second chance in life. From drugs to jail to freedom, and came to my senses that my focus should be for my family. I gave it four stars because of the plot, but the predictability close to the end omitted the 5th star. I'd say worth the 60 minutes.
One person found this helpful

Mikey likes itReviewed in the United States on July 22, 2019
5.0 out of 5 stars
MY HIGHER POWER KNEW I NEEDED TO SEE THIS TODAY
Verified purchase
Thank you to the people who made this movie!!!!!!!
I thought I was watching an Indie horror-suspense movie and it was that BUT SOOOOOO MUCH MORE!
As my fellows say, "Play the tape all the way to the end." I MEAN THE END, THROUGH THE CREDITS!
I was on the edge of my seat until I was crying like a baby at the end.
I wish I had friends like this character back then, but I do now!
Thank you again and I will be telling everyone I know to watch this movie starting with NOW!

YakbeardReviewed in the United States on August 15, 2020
1.0 out of 5 stars
not a horror film... more of an afterschool special from the 80s
Verified purchase
The movie had a lot of promise. The actors were actually all pretty good. The soundtrack was decent. Sadly, the plot was just flat out stupid, predictable and boring. They could have done so much with this concept - I won't go into much detail because I don't want to post any spoilers - but let's just say that they had a gold mine of a concept in having the mind of a junkie out in the woods to play with, and they did little to nothing interesting with it.

Caroline MotykaReviewed in the United States on May 24, 2021
5.0 out of 5 stars
Only an addict would truly TRULY understand
Verified purchase
I found this movie incredibly touching. I wish i had one friend let alone four to care about me and my well being. I cried uncontrollably only to wish someone loved me enough to help me with my h. addiction.. The rehabs here keep you 5 days to put you on methadone and push you out the door. Its sad to say, but I will die an addict. Thank you to the producers for making this film and not making us look like scum. Most people haven't a clue why we become addicted and I only ask you to please not judge for we ask no pity from you, only silent cries for help. God Bless

Amazon CustomerReviewed in the United States on July 23, 2019
4.0 out of 5 stars
A thriller about overcoming personal trajedy! But different.
Verified purchase
This movie was suspenseful it had very good actors that brought on a kind of nail biting state of mind until the end. I have personally witnessed some of these horrors through people that had been in my life. If you can relate this movie will highly interest you. Overall just watch it. It is something different. Just know tho that if you are good at foreshadowing movies at all this movie was pretty easy to figure out but I still enjoyed it.
One person found this helpful

Kenneth AndersonReviewed in the United States on July 16, 2018
1.0 out of 5 stars
Ugh! and Ugh!
Verified purchase
I have seen some bad movies in my time but this is even worse than They Saved Hitler's Brain. Speaking as an addictions professional I can also tell you that this so-called "rehab" program would have a 100% failure rate. Hollywood, once again you prove you are worthless!
3 people found this helpful

GP AlaskaReviewed in the United States on July 30, 2020
4.0 out of 5 stars
Suspenseful, good movie!
Verified purchase
This is a really good movie, especially by todays standards where there are so many really bad ones. The acting is really good, good story line, good suspense, definitely worth watching!
See all reviews
Back to top
Get to Know Us
Make Money with Us
Amazon Payment Products
Let Us Help You
EnglishChoose a language for shopping. United StatesChoose a country/region for shopping.
© 1996-2022, Amazon.com, Inc. or its affiliates