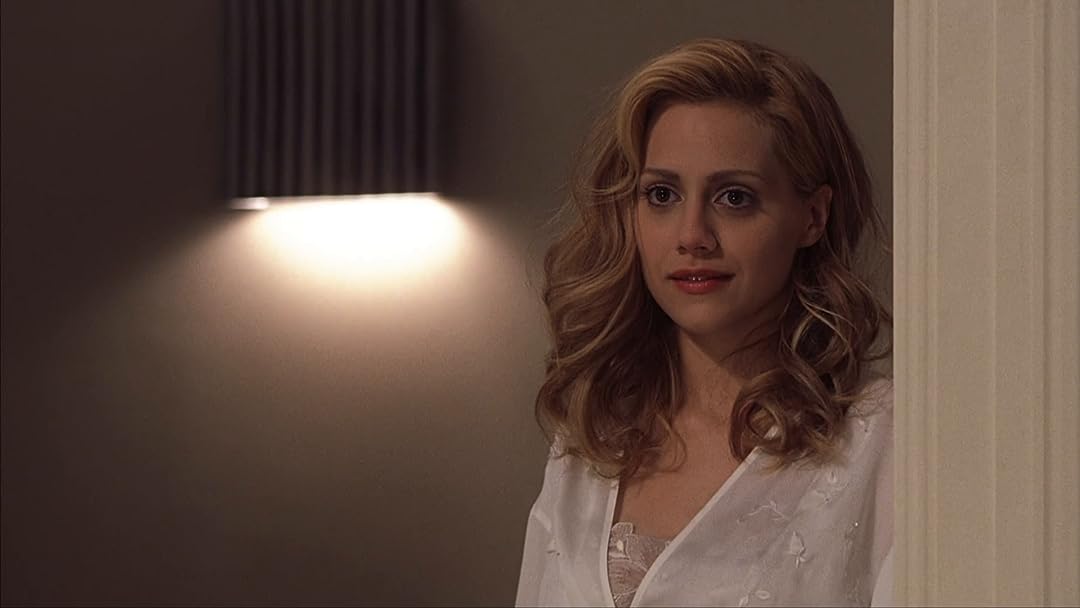 Stephen CJ NesbitReviewed in the United States on April 1, 2019
5.0 out of 5 stars
Fun, clean family movie
Verified purchase
It's nice that there are movies that your family can enjoy together without having to be subjected to a lot of swearing or other adult-themed subjects. Too many 'family' movies these days are filled with material that isn't kid-friendly at all.

Uptown Girls is definitely an enjoyable movie with a lot number of good 'messages' to be shared.

PHUONG ANH VOReviewed in the United States on July 30, 2019
5.0 out of 5 stars
Beautiful and uplifting
Verified purchase
Love is all I have for this movie. Coming home with a broken heart, I planned to eat ice-cream and watch my all-time favorite-Sex and the City. However, realizing that it is somehow kind of all over the place and I don't need another confusion in my life. This was suggested to me by Prime. Read some reviews and ready to get on the nice, comedic trip. This movie turned out to be a mood saver. Yes, I did cry as planned but a happy, touching cry -not a self-pity cry. There are many moments that the movie could push to a higher level of tensions and act a bit more but it stopped at med level. Besides that, I learned a great lesson. My two favorite quotes:
"Fundamental is the building block for fun"
"In life, every ending is a new beginning"
Love,

SamanthaReviewed in the United States on June 1, 2018
5.0 out of 5 stars
Many Beautiful Messages Throughout this Movie, to Watch Again & Again...
Verified purchase
I first watched this movie in theaters many years ago, and I had mixed reviews of it then. After watching it again (and again, and again!) through Prime Video years later, I've realized the true quality of this film, and have gained a greater appreciation of the heavy messages displayed throughout the movie. I can directly relate several areas of the story line to my own life, which may be why I keep coming back to watch it time after time. However, I also see many aspects in which people of many different backgrounds can understand and appreciate the essence this film offers. Not everyone will love Uptown Girls as much as I do, but it is an absolute must to give it a few chances before you can understand it's entire glory.
15 people found this helpful

A. SharpReviewed in the United States on December 25, 2018
4.0 out of 5 stars
This movie caught us off guard.
Verified purchase
My daughter and I were expecting a run-of-the-mill 'Princess Diaries' type of light-hearted girly comedy, and while it had some elements in there, the film was very heartfelt and heartbreaking. We highly recommend it. Very good performances by the late Brittany Murphy and Dakota Fanning.
14 people found this helpful

BJLReviewed in the United States on July 23, 2019
4.0 out of 5 stars
Cute movie though you might cry
Verified purchase
The first half hour of the movie I honestly was like where is this going but after Molly became a nanny it really got interesting. So be warned it is a bit slow at times but the last half makes up for it. I really enjoyed this movie. It was clean in language and just really nice to watch. There were a few references that adults would get (them sleeping together) but nothing is actually shown. It just is a cute movie that happens to be a bit of a tear-jerker but that I'd recommend.
5 people found this helpful

JohawnReviewed in the United States on August 11, 2019
5.0 out of 5 stars
Stay to the end!
Verified purchase
The beginning has its flaws (and so does Molly) and is a bit slutty BUT there is a lovely story and relationship which builds as you watch the film that reveals a woman with a true, caring heart for her young friend Ray. The second half of the film far exceeds a slow, somewhat-off start delivering a bit corny but heartfelt, tear-jerking ending of joy. The film was more about friendships than passionate love but even they can be romantic in its own way. It was well worth the wait for this marshmallow-hearted viewer. Thanks Brittany! We miss you.
4 people found this helpful

TaylorReviewed in the United States on April 27, 2016
5.0 out of 5 stars
Blu-Ray Review
Verified purchase
NOTE: I am completely baffled by the back cover (see image) - it says this movie is rated R. As far as I can tell, this disc is the theatrical release, which was rated PG-13, the DVD was PG-13, the British DVD release is ages 12 and up, the German DVD release is General Audiences (Ages 0 and up). Content wise, there is a sex scene (With no sex and no nudity shown), a guy takes off his shirt, a little girl flips the bird a few times, some MILD cussing (As in OMG), and there is a suicide attempt. Its safely PG-13, and I imagine Olive just slapped the wrong rating graphic on the back of the case.

MOVIE: I am not going to go into a lot of detail on the plot of the movie - the movie is now 13 years old, and I would assume that most people interested in this release have seen the movie. This was the first movie I ever saw that had Dakota Fanning in it - I walked into the movie because I was a Brittnay Murphy fan, walked out a Dakota Fanning fan.

Brief plot recap - Dakota Fanning plays Ray. He father is dying and on life support in the family's home, mom is a record producer or music promoter or something (as many times as I have seen it, I don't think I have ever picked up on exactly what it is, I think she says in the movie, but its background information). Her job is important to the movie, but the title isn't. Anyways, mom is gone a lot, which means she needs a nanny. And to cope with everything going on around her, Ray has had to grow up fast, and take on the role of parent.

Molly is a daughter of a rock star whose parents died tragicly when she was young. Her parents had a trust fund setup to pretty much let her live "as a princess". Until one day, her manager steals all of her money and disappears. Molly now must work for the first time in her life and deal with the real world. With zero experience and a carefree attitude, she has trouble coping with regular jobs, and becomes Nanny to Ray. Now, Ray must teach Molly how to act like an adult, and Molly must teach Ray how to act like a kid and have fun.

Oh, and there is a side story about a boyfriend musician.

Dakota Fanning and Brittnay Murphy were perfect for their roles, as Britney has kind of a carefree attitude, and Dakota has always been a professional, allowing her to play roles well beyond her age.

This is a feel good movie, and a guilty pleasure of mine (and I am a guy).

VIDEO: This is the first time this movie has been released on Blu-Ray. Before now, you had to settle with HDTV broadcasts and VOD. Both seemed to use an old transfer that, while decent, had issues with black crush and macroblocking (there are a lot of nighttime and dark interior shots in this film). While I am not sure, this DOES appear to be a new transfer, at least in my eyes, and I am watching on a 115" screen. Colors are natural, skin tones are correct, black levels are good, night scenes are detailed, contrast levels are good. The movie has a good layer of film grain and it does not appear that DNR has been applied. I did not see any halos around anything or compression artifacts, which suggest that no edge enhancement was used. Picture is nice and sharp. The reason I am not giving it a 5 is I would have liked it to have been just a tad sharper, and the film grain can be a bit distracting - In fact, the grain seems to be a bit high for a film from this era, and am not convinced it is artistic intent, and am wondering if they scanned a second or third generation copy rather than the negatives. Still, everything looks great.

AUDIO: This comes with a DTS soundtrack (that is what is on the case - I will need to double check if its MA). The audio is good, and handles the soundtrack of the movie well, and I have no complaints. It should be pointed out that like most movies of this style, the movie does not have that aggressive of a sound field. The 3 for audio is because this is an average soundtrack for this movie. It does not appear to have any additional languages, at least none that can be accessed via a menu. I will have to sit down with it and see if any other audio tracks or subtitle tracks can be accessed via the remote buttons.

Special Features: Pretty bland - a music video, trailer, deleted scenes, and some bonus feature that all look like they were shot in SD. The quality on all of these was poor, so I really did not watch much of any of them.

Overall - Considering this is a catalogue, non-anniversary Blu-Ray release of a movie that has previously not been available, I am pretty impressed - the video quality is excellent, the sound is good, and there are some bonus features (although nothing to really be impressed about). Overall, it is a good release, and a great price at $14
7 people found this helpful

Andy VillanuevaReviewed in the United States on April 20, 2016
3.0 out of 5 stars
Blu-Ray review
Verified purchase
Let me get this out of the way, THIS MOVIE IS GREAT. It is not a review of the film itself. More so the blu-ray features. Or lack there of. There are NO options for subtitles or languages. So pray you have a good volume control on your tv and surround sound. Second the special features amount to little more than deleted scenes and a brief making of. It has been 13 years. They could have included a retrospective! No such luck. And finally the picture quality. It looks like it was transfered from the DVD. I'm talking grain up the ASS. I realize this was at a time when movies were still being shot on film, but the restoration process was minimal. Little effort put into this. Save yourself eight dollars, and buy the DVD.
13 people found this helpful
See all reviews
Back to top
Get to Know Us
Make Money with Us
Amazon Payment Products
Let Us Help You
EnglishChoose a language for shopping. United StatesChoose a country/region for shopping.
© 1996-2021, Amazon.com, Inc. or its affiliates