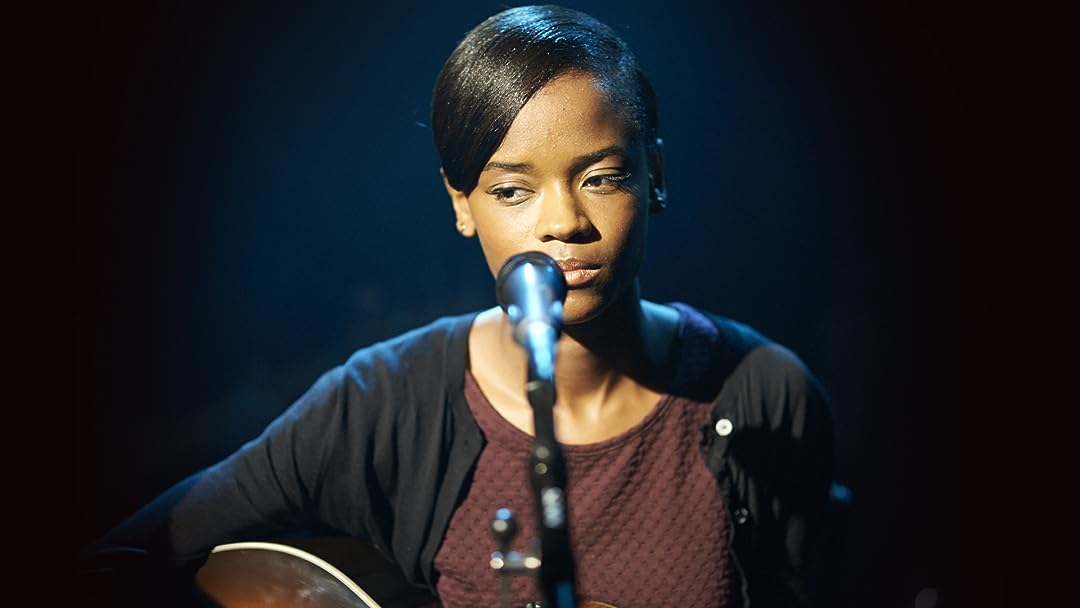 (35)
6.61 h 53 min201716+
A redemptive coming of age story about a wayward teen, Jamie (Letitia Wright), who is encouraged by an inspiring and unconventional social worker Kate (Shirley Henderson), to use singing as an escape from her troubled background. Jamie's loyalties soon become torn between Kate and her possessive and volatile best friend, Leanne (Isabella Laughland).

TwoCentsReviewed in the United States on May 3, 2020
1.0 out of 5 stars
Refund, please.
Verified purchase
Did not watch. Didn't like first scene.

MichelleReviewed in the United States on September 24, 2019
1.0 out of 5 stars
Attention
Verified purchase
I didn't order this

Tommy DooleyReviewed in the United States on March 4, 2017
4.0 out of 5 stars
The Power of music in a sort of gritty Brit drama.
Jamie is alone in the World except for her best mate Leanne (who is a sort of South London hard nut) and they have gotten on the wrong side of the tracks. This is against the backdrop of the riots in London of 2011 which they took advantage of.

Anyway they are in a Council run care home when a new social worker turns up who is determined to make a difference and then sees music as a possible way to reach out to Jamie to save/help her.

Now a lot of these themes have been used before – falling in with the wrong crowd, nurture versus nature and the idea that all the ‘kids’ need to find their way out of the gutter is one piece of inspiration; whether it be baseball, rap music or macramé. But this seems to do it with a fresh twist and the music is all great too.

Do not expect anything too ‘gritty’ either this is all a bit sanitised but it still has enough of an ‘edge’ to make it pack a punch albeit not a ‘sucker’ one.

Jessica RhiannonReviewed in the United States on June 5, 2017
4.0 out of 5 stars
A Deep and Breathless Perspective into an Untapped Reality
Urban Hymn is a film that is less about a succinct destination, than the journey there. This journey is undertaken by Jamie Harrison (Letitia Wright) and her social worker (Kate Linton). Jamie has lived a tough life, orphaned at a young age and forced to grow up fast, she exudes a tough, sneering façade that only her best friend Leanne Dixon (Isabella Laughland, equally tough and brash) can pierce through. That is until Kate Linton enters the stage, Kate has spent her life as a sociology professor, who goes into social work following the violent death of her son. She bonds with Jamie – despite Jamie’s best efforts to scare her away – and fosters the young girl’s singing talent, hoping to raise Jamie above the meager status she has been given in life. This film is not all butterflies and rainbows, there is hardship and struggle, violence and depravity, and Michael Caton Jones takes an unflinching and uncompromising approach to this subject matter. Jones, partnered with one of the most skilled and committed casts in film this year, takes the coming of age genre in a completely different direction than it has ever been before, and you’ll like where it’s going.

ChristopherReviewed in the United States on June 5, 2017
4.0 out of 5 stars
influence against goodness and friendship against love. The script juggles all of this effortlessly
It is common for a movie to fight for the audience’s attention in the early frames of its first few scenes, but rare is the film that only releases its efforts until the final credits roll. That rare movie is Urban Hymn, a British drama with sizable ambitions matched only by its generosity of spirit. Urban Hymn is a movie about balance; the collective plot pits progress against comfort, influence against goodness and friendship against love. The script juggles all of this effortlessly, and sacrifices no elegance in taking on more narrative weight. The plot follows Jamie Harrison as she gravitates away from a life of debauchery to embrace her talent in music. Through the mentorship of social worker Kate Linton, a ray of hope shines brightly on our young hero. Her road is not paved however, and bad influences and impulse stands in her way of finding a better life. A true tale of mentorship, love and goodness in the face of hopelessness, Urban Hymn remains a triumph of both the human spirit and the medium of film. It gets a hearty recommendation for anyone interested in seeing a damn good movie.

Amazon CustomerReviewed in the United States on June 7, 2017
4.0 out of 5 stars
Beautifully heartbreaking
Urban Hymn captures the attention of its viewers from beginning to end. It tells the story of a Kate, a social worker whose son was murdered several years before she took a job at a group home for troubled kids and teens. Determined to help young adults like the ones who took the life of her son, Kate takes Jamie, a rebellious teen under her wing after hearing her sing and invites her to join her choir group. Because of Jamie’s disgruntled, defiant best friend constantly encouraging her to remain on the destructive path she’s headed on, Kate struggles with empowering Jamie to see her abundant potential. Jamie is torn between the escape that singing provides her and the future it can buy her, and the insecurity that she is no better than her best friend. A beautiful film that contains the pain of loss, the challenging attempts to cope, the unwavering belief in a troubled teen—it’s a must-see.

LizReviewed in the United States on June 7, 2017
5.0 out of 5 stars
Great drama film!
Shirley Henderson (Harry Potter films) and Letitia Wright star in Urban Hymn from director Michael Caton-Jones. The film follows Henderson’s Kate, a hopeful social worker, who is assigned to Jamie Harrison (Wright). Harrison has a troubled past, but sees a way out through her love of music and that is what stands out in the film. The soundtrack is full of soul songs that capture Jamie’s struggle perfectly. In addition to the soundtrack, there are multiple choral performances that are truly moving. The moment when Jamie performs her solo is very well done. It is shot beautifully, with Jamie spotlit and the rest of the choir in shadows, and Wright is fantastic with her expression perfectly showing Jamie’s joy in that moment. Urban Hymn is worth the watch if you are looking for a coming of age story with some amazing musical moments.

Amazon CustomerReviewed in the United States on June 6, 2017
5.0 out of 5 stars
Urban Hymn is one of the best new coming of age dramas
Urban Hymn is one of the best new coming of age dramas! The movie features Shirley Henderson from Harry Potter as a caring social worker. This was one of my favorite characters she has played, and she did a fantastic job. Shirley’s character, Kate, takes on the role of becoming an extremely troubled teen’s case worker. Before Kate, Jamie had a very tough time overcoming peer pressure brought on by other foster children and her best friend. The bond they eventually form is so touching and inspiring. It is important that our case workers can make strong connections with the foster children that they look after, because they have the ability to make positive influences on their futures. When Jamie shows up at the music group I was so relieved! Throughout the whole movie I found myself continuously routing for Jamie to make it to college and get out of the bad situations she used to once find herself in. I recommend this movie to any that loves feel-good dramas, where the troubled character ends up reaching their potential.
See all reviews
Back to top
Get to Know Us
Make Money with Us
Amazon Payment Products
Let Us Help You
EnglishChoose a language for shopping. United StatesChoose a country/region for shopping.
© 1996-2021, Amazon.com, Inc. or its affiliates