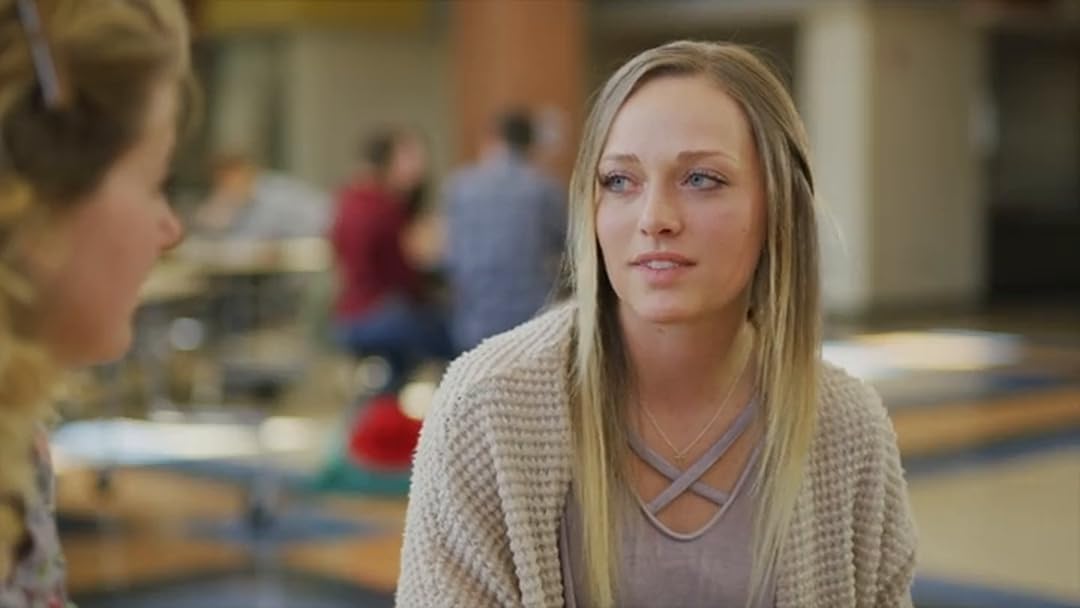 (319)
1 h 30 min2020X-RayPG
When a 17-year-old girl is given a horse that has been deemed useless, she pursues her dream of barrel racing while living with her aunt and uncle in Montana. TV-PG-D

Poc Network // TechReviewed in the United States on August 13, 2020
5.0 out of 5 stars
So many things to balance the decision with
Verified purchase
Before critiquing it too hard, the movie clearly had the tone of a lower budget and a lot of fresh talent. So this is always important to keep rolling in the back of your head. It wasn't developed with a big movie budget and big-name stars with years of experience. So, taking that into consideration, I feel it is fair to judge it as an attempt made within its own tier and not against something you'd see from Spielberg.

That being said, I feel that the camera work in this movie was a lot of fun to follow along with. You can tell they put a lot of effort into the shots, as well as in post edit. This was absolutely the best quality of this movie and it did a good job of setting the emotion/mood of each scene. The shots of the open country, the horses/band even the aerial shots were fantastic. The audio was decent as well, with only a few noticeable bloopers. Sounds effects were good as well.

As for the scenes, they absolutely nailed it. The wide-open, with all the right detail to everything. From inside to outdoors, it felt real, and as though it all belonged. Great job on that.

As for the acting, I think I pretty much covered that in the opening disclaimer. I felt that Rinnan Henderson and Mark Bracich did a really good job of making their roles believable. Many others were clearly new and getting their feet wet, which in no way is to discourage them. For most, acting is no easy task in the beginning. You do get the idea that a lot of them had fun getting through it all and hopefully got along with one another (again, it isn't a big movie presence, so I won't go any deeper on this topic as it wouldn't feel fair). The backgrounds did amazing in many of the scenes, from simply riding horses to those participating in crowds.

For what it is, you can tell they put a lot of effort into it all for what they had to work with, and it can be fun trying to find that in the movies you watch.

MattCReviewed in the United States on August 31, 2020
1.0 out of 5 stars
Yes it was a useless movie.
Verified purchase
This movie had all the making of a great story, but it never happened. I found myself waiting and watching as it fell flat at every turn. I started to feel so bad for the actors as they struggled to remember the their lines they read moments before the scene. It could have been so much more but wasn’t. Then as it came to an end - you thought- okay here it is the big ending something- nope it just ended with nothing. The title of the movie sums it. Yes it was Useless.
11 people found this helpful

SRReviewed in the United States on October 11, 2020
5.0 out of 5 stars
Great Family-Friendly film
Verified purchase
I loved that this film is clean AND entertaining. It brought smiles to my face and tears to my eyes at various points. It's well done and I thoroughly enjoyed it. I recommend it and if you want to see more clean, family-friendly films like this, don't forget to rate it and show the entertainment industry we want more.
6 people found this helpful

Casey HReviewed in the United States on December 19, 2020
2.0 out of 5 stars
Kinda boring
Verified purchase
There is barely any dialog in this movie and when there is, its awkward. Doesn’t run smoothly through the story line. Poor acting all around, the adults better than the younger ones. I understand low budget but did they have to pay per word on the screenplay???? At least the main character seems like she can actually ride which is nice and love the horses even if they aren't integrated much into the story.
3 people found this helpful

Some incredible shots of slow motion bullriding too. So cool!
4 people found this helpful

Amazon CustomerReviewed in the United States on February 25, 2021
3.0 out of 5 stars
Slow but enjoyable
Verified purchase
You can appreciate the family love and support that this movie has, even if the young actors aren't polished as they need to be. I felt the main character is a very lovely young woman but she could use a bit more animation and liveliness in her delivery of her character.

Of course the Flathead County and Kalispell, Montana country background for the movie is just breathtaking and beautiful.

The rodeo and barrel racing was very good and all in all I enjoyed this movie. No major overdone drama. Some complained about the minor scenes about drinking and drugs but hello, real life situations rear their ugly head in teens lives and this just gently touched on it yet with a very good outcome because the main character stuck to her values and wasn't willing to "go along".
One person found this helpful

Amanda D.Reviewed in the United States on April 8, 2021
2.0 out of 5 stars
Worst acting ever
Verified purchase
I am not usually bothered by some bad acting, but this might be the absolute worst I have ever seen. It is almost like every actor/actress in the whole movie was trying to be as bland as possible. and every line was delivered with the same flat monotone. The movie itself was slow and pointless. They even managed to make something as fast paced and exciting as barrel racing feel very boring. And as many people have said, the end is sudden and unsatisfying. Also, I have a question for anyone who knows about competing in a rodeo. Is the the thing at the end supposed to be the first place award? I have no idea, and they didn't bother telling us. Thanks for that Mr. Director.

MSOReviewed in the United States on April 16, 2021
5.0 out of 5 stars
Lovely and clean!
Verified purchase
This is a gentle and rare movie. I wish more movies of this type were made. It seems the bigger the budget, the more basic and scandalous the movie becomes. I don't know why this is. But so far it does seem to be true. Thank God for films that don't have an enormous budget or big names that are backed by people who just want to make clean, decent family friendly movies. Movies that do not wound our minds or souls with bad language, fornication, adultery and every other type of mortal sin. Never once in this movie did anyone take the Lord's name in vain, yet, the acting was solid and careful. The storyline, well thought out and very believable. There were personal difficulties to overcome but they were handled very well, with no arguing, screaming or carrying on that is typical of most movies. There was no exaggeration here. Thank you for making this steady little gem! More like this please.
See all reviews
Back to top
Get to Know Us
Make Money with Us
Amazon Payment Products
Let Us Help You
EnglishChoose a language for shopping. United StatesChoose a country/region for shopping.
© 1996-2021, Amazon.com, Inc. or its affiliates