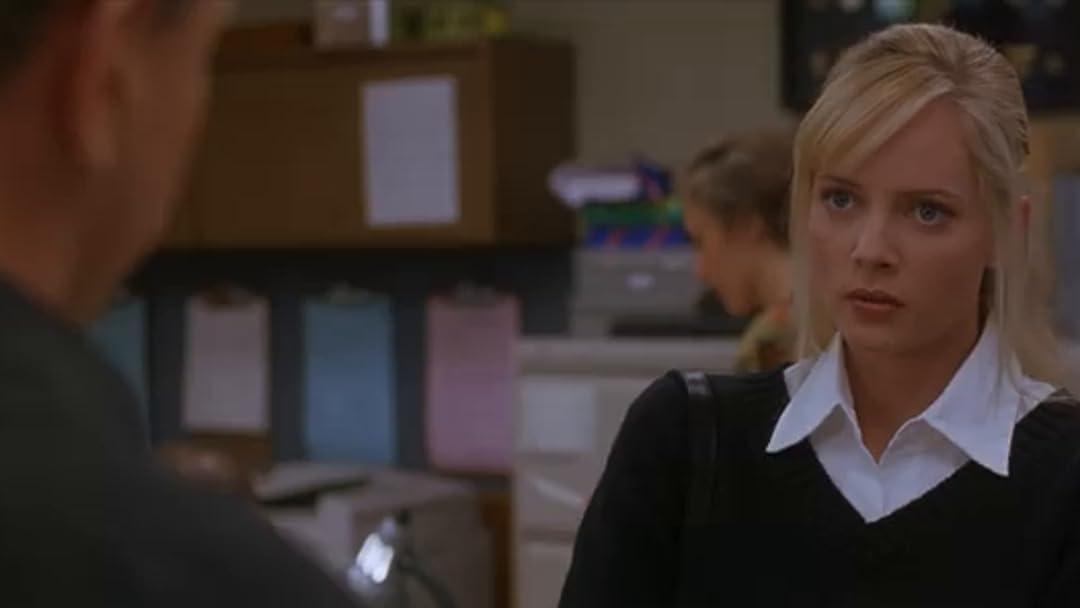 ReaperReviewed in the United States on February 15, 2020
5.0 out of 5 stars
Isn't Revenge Heart Warming...
Verified purchase
David Boreanaz. Buffy the Vampire Slayer. Spin-off: Angel. Those stupid, adolescent girls. They teased this poor love-sick boy. They mocked and laughed at him. If only they'd known 13 years later he'd grow into a homicidal maniac looking for Revenge. Guys who Murder, R*** or harm girls need to be put down like a dog that's euthanized. These 5 girls sadistically laughed at and 1 lied to have him sent away. All 5 Deserve the HORROR he inflicts upon them... Enjoy your Valentine's Day. It'll be your Last day alive.....
6 people found this helpful

K.Reviewed in the United States on February 18, 2020
3.0 out of 5 stars
Absolutely average in every way (also check out the soundtrack)
Verified purchase
If you're tired of bad 80's horror movies, try some bad 2000's horror movies instead. Like Valentine.

I actually saw this in theaters and managed to not remember a single thing about it. The characters are neither likable nor unlikable. The plot is very low-stakes, even when (spoiler) people start dying. The movie will pass through your awareness and you'll wonder if you blacked out for an hour and a half.

Watch for the party scene with characters who are all probably ten years too old for what feels like it was initially written as a frat party.

Also check out the tonally inappropriate soundtrack on Spotify, which is basically all original Nu-Metal tracks and electronica remixes of Nu-metal tracks.

Tom P. the Underground NavigatorReviewed in the United States on April 6, 2008
5.0 out of 5 stars
Carries the torch of the classic slasher into the 21st century
Verified purchase
This review is really like a companion piece to Daniel Jolley's Amazon review of October 12, 2002. He has already expressed everything I could about this movie in the best possible way. So many have panned it which is why I found Daniel's review to be so refreshing, and it inspired me to chime in my own two cents and up the review average in favor of this highly entertaining and very fun horror movie.

Some have said that "Scream" reignited the slasher genre in the mid '90s but I have never been a big fan of that one as it is to me almost like a play or satire on the familiar slasher movie formulas rather than a bona fide slasher itself. "Valentine" director Jamie Blanks however, clearly a die hard slasher fan just like I and perhaps you are if you're reading this, seems to realize that those same familiar formulas that "Scream" pokes fun at are formulas that work, and have made for some great entertainment since the late '70s and early '80s when the slasher wave first broke. Blanks even admits in the director's commentary track of the DVD that "Valentine's" plot is not the most original but boy does this one ever deliver.

And just what is that plot. It concerns revenge for cruel taunting in junior high school, with each of the young women involved years later receiving warped Valentine's greetings from the unknown perpetrator, who proceeds to stalk and pick them off one by one.

And how beautiful each of those women have grown to be! To echo what Daniel said in his review, from the male perspective "Valentine" is a delight to behold. You get the brief early appearance by Katherine Heigl, who looks awesome and fetching as a med student in a tank top; Marley Shelton, a stunning blonde who plays nice girl Kate, and Denise Richards, who sizzles as the not so nice Paige. Oh yeah, and for the female contingent, I'm told that David Boreanaz (as Kate's mysterious alcoholic-leaning boyfriend) is not unpleasant on the eyes. True, as compared to the early '80s, in these slightly more enlightened and dare I say "politically correct" times, there is no out and out nudity in "Valentine" but as Daniel stated, the sultry bedroom bondage scene and Denise Richards in the hot tub scene to me more than make up for it.

But at the heart of it, "Valentine" succeeds in large part because of its sense of fun and that it presents hip humor (like the bit on the perils of speed dating) in place of the usual stomach-churning gore. In the spirit of my favorite slashers, it does not take itself at all seriously and is played mainly for fun.

That's not to say there is no gore or sleaze to behold here; it is a slasher movie after all. Blanks directs the film very stylishly and presents the perfect update on the classic slasher template for a new generation. The killer wears a very cool cherub mask and the stalk and slash scenes are great and very inventive and quite suspenseful. While the premise may not be too original (which again, Blanks readily admits), to echo the proverbial saying, if it ain't broke, why fix it?

I love slasher movies and for all the reasons stated here and in Daniel's earlier review "Valentine" is a new classic for a new generation that stands up with the best slashers of the past.
13 people found this helpful

MeReviewed in the United States on June 27, 2019
5.0 out of 5 stars
Watch it. Even just once.
Verified purchase
I love awful horror movies and I always ramble on about this one to any of my friends that are unfortunate enough to get caught in that conversation. The first time I watched this was maybe 17 years ago. I am so excited to have found it on dvd!
4 people found this helpful

Kathryn G. OwenReviewed in the United States on July 27, 2017
3.0 out of 5 stars
I loved this movie as a kid
Verified purchase
I loved this movie as a kid. I watched it for the first time in about 15 years the other night. It definitely did not hold up. The cast is gorgeous (particularly David Boreanaz), and it's interesting to see a pre-Grey's Anatomy and fame Katherine Heigel and Jessica Capshaw, but this is a generally formulaic, by the numbers slasher. That being said, I do still enjoy formulaic, by the numbers slashers on occasion, and David Boreanaz is really really good looking, so I'll probably watch it again at some point. Not any time soon though.
2 people found this helpful

Adam KovyniaReviewed in the United States on October 28, 2020
5.0 out of 5 stars
Excellent Film
Verified purchase
I enjoyed Valentine more than I thought I would. I saw it in 2020 even though it was on my watchlist for a long time. I enjoyed the quality of the filming and acting and the twists that came at the end. It was smartly written and enjoyable to watch. Not too graphic like some other horror movies that are out there which go too far for my own personal preference.

Alisa CampReviewed in the United States on February 25, 2022
4.0 out of 5 stars
Better than I remembered actually😏
Verified purchase
If you've not seen this since it's original release and wasn't sure how u felt about it, give it another fair shake and I think you'll be pleasantly surprised. Got a campy-ish feel to it but I happen to like a little 80s like campyness when it's done with respect for the Era and not to make a mockery of the classics.

Desmond A. RootReviewed in the United States on February 15, 2017
5.0 out of 5 stars
This was a REALLY fun movie. I do NOT understand all this "hate" ...
Verified purchase
This was a REALLY fun movie. I do NOT understand all this "hate" this film received when it came out. So what- it's "modern" it isn't 1981 anymore. Whoever is hating on this film has never seen or appreciated the Italian GIALLO genre of slasher films. "VALENTINE" is a perfect hybrid of an Italian giallo and an American slasher film. I can't say much without spoilers but I will say that I took a chance on this on a friend's recommendation, which surprised me, I had always assumed this movie was awful. It certainly looked like it from the TV spots. I WAS WRONG! I really liked this- the characters are deplorable but at least they are fleshed out and the kill scenes are really well done and pretty brutal. It's standard fare in many ways but what a FUN standard it is. "Valentine" will certainly be in my annual rotation of holiday horrors from now on.
13 people found this helpful
See all reviews
Back to top
Get to Know Us
Make Money with Us
Amazon Payment Products
Let Us Help You
EnglishChoose a language for shopping. United StatesChoose a country/region for shopping.
© 1996-2022, Amazon.com, Inc. or its affiliates