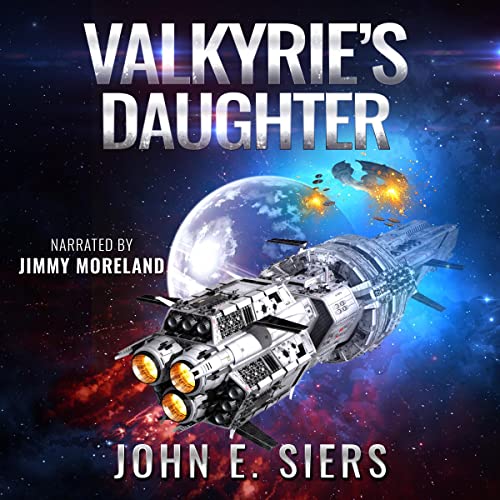 The Otuka are hunting a most dangerous game!

The alien race Akara have a secret; they've discovered the location of a planet that is home to a primitive human civilization, another ancient “seeding" of the legendary Progenitors. But, this planet lies in the territory of the Otuka, spacefaring alien predators who consider human flesh to be a delicacy and the planet to be their private hunting preserve. Unwilling to confront the Otuka, the Akara have passed the problem on to their human allies, the Lunar Free State. Now, the LFS needs to decide what to do about it.

Are the “Moonies" willing to take responsibility for an entire planet's population? One thing seems certain: a favorite food of the Otuka is about to get much more expensive, as the LFS Marines stand ready to teach the Otuka hunters a hard lesson in the perils of hunting the humans in this part of the galaxy. But, no one knows the technology state of the Okuta.

Will the Marines be the hunters or find themselves being hunted in turn?

doc dethtower
5.0 out of 5 stars Not just another space opera
Reviewed in the United States 🇺🇸 on August 31, 2022
Verified Purchase
This book didn't disappoint, chock full of battle it still doesn't leave all the human interactions behind. Defending humans from aliens who hunt and eat them only adds to the story, although angel and Owen's story needed to be expanded. All said and done more than in this book to leave you wanting more.
Read more
Helpful
Report abuse

Shane Pruyne
4.0 out of 5 stars I'm counting the days until book four...
Reviewed in the United States 🇺🇸 on October 29, 2021
Verified Purchase
Is Carla a 'Mary Sue'? Probably, but I just don't care. I find it interesting that as the third book of an ongoing series, you could pick this up on it's own and it would still make sense. Most indy authors give up on any pretense of writing a work that can stand on it's own. Sure, it would probably only be a three star book to someone who started here, but really, that is an accomplishment.

Siers does an outstanding job of bringing in new characters while the past ones retire. It keeps the stories fresh as they move along. Another aspect Siers has excelled at is developing the culture of the Free State while the tory continues. It only seems natural that a newly formed nation in a hostile universe might create it's own unique culture as it grows and survives challenges. It's one of those ideas that seems so simple once you see it but so many other authors miss entirely. I'm counting the days until book four...
Read more
One person found this helpful
Helpful
Report abuse

bmaggsjr
5.0 out of 5 stars Great telling of a solid storyline
Reviewed in the United States 🇺🇸 on December 8, 2021
Verified Purchase
After three in the series I can finally comment without giving away anything. First book I was little concerned, there seemed to be a little too much social politics (which I agree with, there was just a lot of it and I was hoping it wasn’t the main story line :). But that tapered off, and agree it was really to set the beginning of the story and draw you to the characters. In book two we find out that as in real life, no one is safe from death. It’s a gamble to suddenly take out a main character. Three intro’s a new species, but by the end you can’t help but start to pile one of them, and no more without spoilers on that! All in all, one of those series it’s tough to put down, glad I discovered. Please write more :)
Read more
Helpful
Report abuse

Bruce C. Ross
5.0 out of 5 stars A wonderful and captivating series
Reviewed in the United States 🇺🇸 on May 12, 2022
Verified Purchase
I am enjoying this excellent mixture of space opera, first colonies, and first contact storylines! The author does a marvelous job of blending them all into a coherent and fascinating series. While I love most fiction centering around warships and brave women, this series uses conflict and battles to introduce new people, aliens, and scenarios without excessive focus on fighting. Peace and prosperity is equally important to winning battles.
Read more
One person found this helpful
Helpful
Report abuse

john riotto
5.0 out of 5 stars Another great read in this wonderful series
Reviewed in the United States 🇺🇸 on October 11, 2021
Verified Purchase
This story centers around Corla Greenwood, daughter of The Commander of the Lunar military, Lorna Greenwood, and her adventures into the deep voids of space. Just to say that this explodes into huge space battles is understatement of the highest order. The characters are well defined and believable. The action non-stop. Once you start reading it you wont want to put it down. Thank you John Siers for writing it. Now onto book 4 when it becomes available.
Read more
One person found this helpful
Helpful
Report abuse
See all reviews

Foursuns
5.0 out of 5 stars Excellent continuation of the series
Reviewed in Canada 🇨🇦 on August 13, 2022
Verified Purchase
More great storytelling Mr. Siers! I also really like your description of the operation and governance of Lunar society. I wish it would become true. Although it would depend on the character of the people settling on the moon. I think you have been very optimistic about how good people can be. Actually, because you have chosen most of the Luna characters to be decent, I enjoyed reading this story very much and am looking forward to reading the next book in the series.
Read more
Report abuse
See all reviews