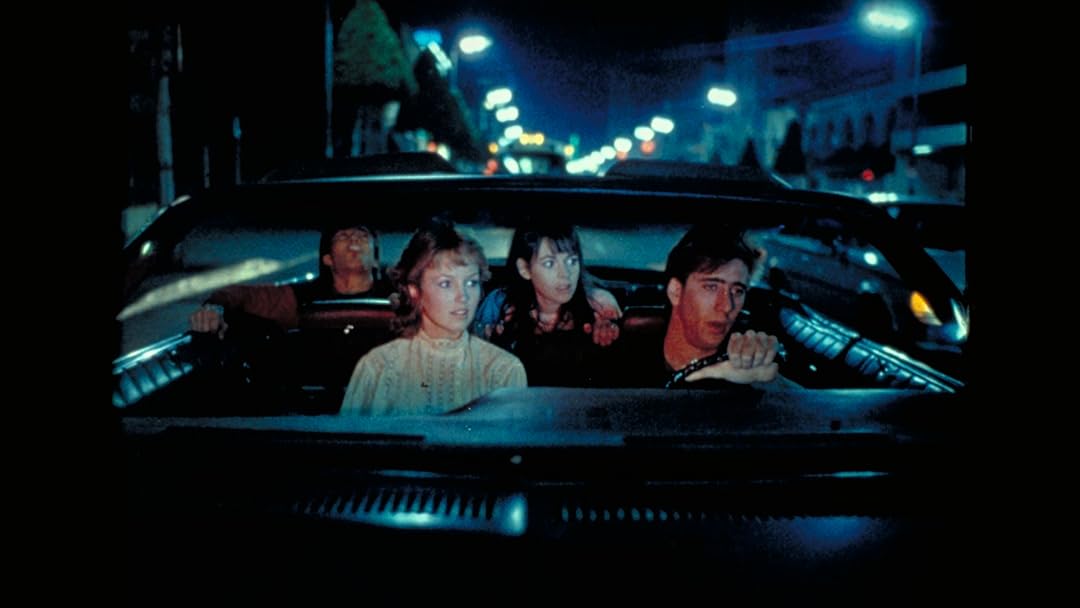 (3,664)
6.41 h 39 min1983X-RayR
Julie, a girl from the valley, meets Randy, a punk from the city. They are from different worlds and find love. Somehow they need to stay together in spite of her trendy, shallow friends.

TronozonReviewed in the United States on January 6, 2019
5.0 out of 5 stars
Updated Blu-Ray Extras
Verified purchase
Finally, this is on Blu ray. This is a nice HD transfer that allows more details to be seen. There is an interesting new featurette on the history of the San Fernando Valley hosted by the curator of a Valley museum. "Who Can It Be Now?" by Men At Work is included in the movie, having not been included on the DVD. A new interview with director Martha Coolidge, Elizabeth Daily and Heidi Hollicker is a nice addition but a lot of it has been heard before. Extras from the 2003 DVD, like an interview with Nicolas Cage and explorations of the soundtrack and casting, are included as well. This Shout Select Blu Ray is rather costly, typically at about $29, but I managed to catch it at about $18.
29 people found this helpful

Will StrongReviewed in the United States on August 30, 2020
5.0 out of 5 stars
Hidden depths
Verified purchase
It's remarkable that each time I rewatch this film, about once every five years, new details stand out. Fantastic music, charming performances, and a nuanced plot that is about much more than teen romance give it an enduring quality. It's a canny juxtaposition between relationships where self-gratification predominates and ones where trust and tenderness are the foundation.
12 people found this helpful

A.E. SamaanReviewed in the United States on June 28, 2020
4.0 out of 5 stars
Should be up there with Breakfast Club and Ferris Buller's Day Off
Verified purchase
I loved this movie growing up. Though, I did have several friends that were actually in the 80s Punk scene, and never thought this was anywhere near an accurate depiction of them. The music is not even right.

This movie is probably more accurate about the MTV age of The Fix, The Clash, Billy Idol, The Police, Duran Duran, and Kajagoogoo.... not really the ACTUAL 80s Punk that went to the types of bars depicted in this movie, or the clothes and haircuts of the people in those bars. THOSE PEOPLE would not be caught dead listening to MTV. They were listening to Husker Du, Misfits, Milo Goes To College, Suicidal Tendencies, and so on.

That said, the movie is still great. It should be held up with other greats of the era like Breakfast Club and Weird Science.

Rachael RainbowReviewed in the United States on August 31, 2020
5.0 out of 5 stars
Like, gag me with a spoon!
Verified purchase
When every 80's slang term is used in the first 60 seconds of dialogue, it's immediately a 5 star movie for nostalgic purposes alone. I devoured every frame of this classic time capsule from the opening shopping scene of mall culture to the countless number of Members Only jackets to the posters on the wall during the slumber party (ET phone home!). So tuck in your polo and flip that collar and give this totally rad movie a go!
8 people found this helpful

MiddlesexnjReviewed in the United States on August 6, 2020
5.0 out of 5 stars
Catch the Wave
Verified purchase
An amazing slice of new wave life in the early 1980s. Worth it just for the music, but it's a fun trip back in time.
10 people found this helpful

lesa russReviewed in the United States on August 23, 2020
5.0 out of 5 stars
Like totally brilliant
Verified purchase
This has always been one of my favorite films. It brings back the better days when things were great and life was fun, when music and style was original and you could be yourself, I can relate to Nic Cage's character as I was a rebel punk rocker and this to me is his greatest role.
8 people found this helpful

Amazon CustomerReviewed in the United States on April 15, 2020
5.0 out of 5 stars
A time capsule
Verified purchase
Such a sweet romantic film. I lived in LA during this time and seeing it the way it once was, brings it all back. Nicholas Cage at his most adorable.
6 people found this helpful
See all reviews
Back to top
Get to Know Us
Make Money with Us
Amazon Payment Products
Let Us Help You
EnglishChoose a language for shopping. United StatesChoose a country/region for shopping.
© 1996-2022, Amazon.com, Inc. or its affiliates