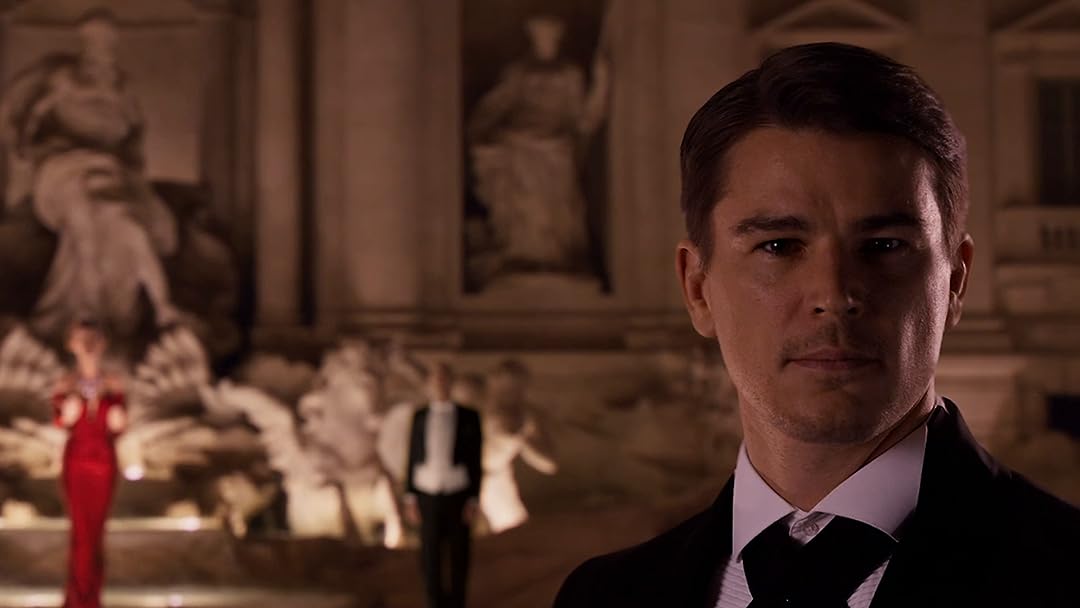 Valley of the Gods

(252)
4.62 h 6 min202016+
Starring Josh Hartnett and John Malkovich, Valley of the Gods juxtaposes abundance and poverty through the eyes of an anguished writer, a bizarre trillionaire, and a struggling Navajo community armed with only a now-imminent ancient legend.

Michael P. DavisReviewed in the United States on November 22, 2020
2.0 out of 5 stars
I agree with most of the 1/2/3 star reviews, here's my spin.
Verified purchase
It was a shame to have some great cast members totally wasted in an incoherent story, John Malkovich in particular. I love a good "art house"/indy film, but this is not it. See "Melancholia" instead, if you haven't already.

The cinematography was amazing, particularly the nature scenes. Writing/story/dialog... not at all amazing. I could cite examples, but they might spoil some aspects of the film for you if you do rent/buy it so I won't.

It seems to me that the main creative team, probably primarily the Director, was trying to create something akin to one of Stanley Kubrick's "stranger" films. I point to the fact that Keir Dullea (from "2001: A Space Odyssey") played a semi-key role in this film as a minor nod in that direction. This film is nothing like Kubrick _unless_ you've watched a Kubrick film and left confused. VotG has confusion in spades with hot fudge on top.

I wanted to like it, I tried to like it. I didn't like it. Now if I can only convince my wife to not divorce me for making her watch it with me, life will be grand.

Brian ButzReviewed in the United States on July 23, 2021
5.0 out of 5 stars
Wow!
Verified purchase
I see this film more as a meditation on reverence than as a story being told. It represents some of the highest quality film production I've seen. It's likely the best crafted film of this millenia so far. Each shot commands attention and is fine art within itself. The thing about fine art, is that it is not the artist that finishes the piece, but the observer. I feel those who rated this so low have little insight or experience to offer this work and get nothing from it as a result. For those who create or appreciate art or introspection it is immensely profound. The visual storytelling is reminiscent at times of Terry Gilliam, Orson Welles, Hitchcock, or Fellini. Perhaps oddly, the pacing and themes presented remind me a great deal of Peter Weir's "Fearless" but is much more subtle with it's approach. Instead of narrative, dialogue or visceral actions fostering or engaging an appreciation of life, it's more communicated in the composition and attention given to each shot, and is alluded to in dialogue as sparse as the majestic landscapes this film takes place in. I really feel this speaks to a person's values and engagement with life. The reverence the director had for the project made it near impossible to look away even for a moment. It did feel very long, not because of boredom, but because of how invested my senses were in watching it. I feel wiser and more enriched for seeing this, but don't pretend to understand it. I don't feel I was told a story or taught anything. I just feel really humbled and reverent having just watched this.
11 people found this helpful

John GaltReviewed in the United States on August 8, 2021
5.0 out of 5 stars
Just when i get disappointed in Hollywood i find a gem.
Verified purchase
The entire movie as i understand it is a parable, Basically world's richest men completely devoid of God and faith relives personal tragedy through excess and self induced suffering, a mother willing to do anything to see a child again willing to become rich men's fantasy, native Americans living in modern poverty with much more humility and spirituality than rich men ever could, my favorite scene is when the cages open and people from all walks of life have a chance to walk out choose not to, i see this as perhaps when a ray of godly light shine on people at some point in life, yet they refuse it because a familiar tiny cage is more comfortable than free thinking life and spiritual enlightenment.
7 people found this helpful

D. RobinsonReviewed in the United States on December 16, 2020
2.0 out of 5 stars
Ugh
Verified purchase
Painful. Ever watch one of those perfume commercials that has a lot of visual beauty, a sense of breathlessness and anticipation, makes utterly no sense whatsoever, certainly doesn't make you think of perfume, and makes you go "huh, what? ...that's this movie.
9 people found this helpful

Kourosh GhadimiReviewed in the United States on July 17, 2021
5.0 out of 5 stars
This movie is not for ordinary small minded folks
Verified purchase
(The basis of my rating for movies are as followed:
A- %25 Substance B- %20 Artistic value C- %15 Innovation D- %15 Cinematography E- %15 Directing F- %10 Production)

This movie immediately became an easy 5 stars.
The plot is not an ordinary one.
It comes in waves.
The nature of power the money buys, the powerlessness of modern men, the never ending subjugation of women due to the poverty imposed upon them regardless of skin color or social stance, the endeavor under taken by rich and powerful men just to feel alive... all become so deeply exposed in this movie that you just can't unsee them.
You need to understand mythology of Native Americans to grasp the meanings of some of the scenes in this movie, and if you don't, it is perfectly ok too, just don't expect to understand the true message of this movie.
4 people found this helpful

Amazon CustomerReviewed in the United States on June 2, 2021
2.0 out of 5 stars
Great cast
Verified purchase
Keir Dullea. I haven't seen him in anything in ages. And great setting. I love the SW. Unfortunately as entertainment it didn't do much for me. Incomprehensible. Maybe if the actors had spoken Polish it would have made more sense. Also I can already hear the brainless chatter about Howard Hughes. Really? Well, you can make up any story about anyone but if it hits mass media it gains traction. Also, why do I crave a Dr. Pepper? Product placement? Cheesy, for a story about the world's richest and most decadent man.
4 people found this helpful

septimusReviewed in the United States on June 20, 2021
5.0 out of 5 stars
Is the Rolls Royce scene inspired by Elon Musk?
Verified purchase
This film needs to have a 5-star rating. Not because it is perfect or remotely lucid in its story-telling, but it is one-of-a-kind and its ambition needs to be acknowledged. One hopes the investors didn't go bankrupt of course. (It seems to be state-funded; surely Poland has better needs for the money, but who am I to judge!)

_Valley_ evokes Kubrick (the David Bowman actor from _2001_ has a small role) but also Lynch and Malick (the theater-of-the-mind dungeons recall _Knight of Cup_); the science fiction film-within-a-film (accompanied by the aria from "Norma") self-consciously evokes _2046_. The immaculate garden screams _Last Year at Marienbad_. The editing is nowhere as meticulous as in _2046_ and _Marienbad_ though, and the way the director treats his minor characters as marionettes rather than real human beings ultimately marks him a toy-maker in the vein of Kubrick: technically gifted and innovative, but limited.

Still, the Utah vistas and production designs are worth a look (or two). Is the Rolls Royce catapult scene "inspired" by Elon Musk shooting his Tesla into outer space? Speaking of overweening egos: Bérénice Marlohe is in the film and her character also strangely ties this film to _Skyfall_, about another male ego trip, a fantastical villain, exotic locations, and expandable female characters. _Valley_ looks like it has a James Bond-sized budget, but at least its director seems to know it is an auto-critique of his own center-of-the-universe worldview. For all its wide-angle shots, it does seem smaller in scope than the director's expansive _The Mill and the Cross_.
2 people found this helpful

M.MOVIEGUYReviewed in the United States on September 12, 2020
1.0 out of 5 stars
A COMPLETE FARCE!
Verified purchase
COULD NOT FIGURE THE PLOT. VERY CONFUSING.
9 people found this helpful
See all reviews
Back to top
Get to Know Us
Make Money with Us
Amazon Payment Products
Let Us Help You
EnglishChoose a language for shopping. United StatesChoose a country/region for shopping.
© 1996-2022, Amazon.com, Inc. or its affiliates