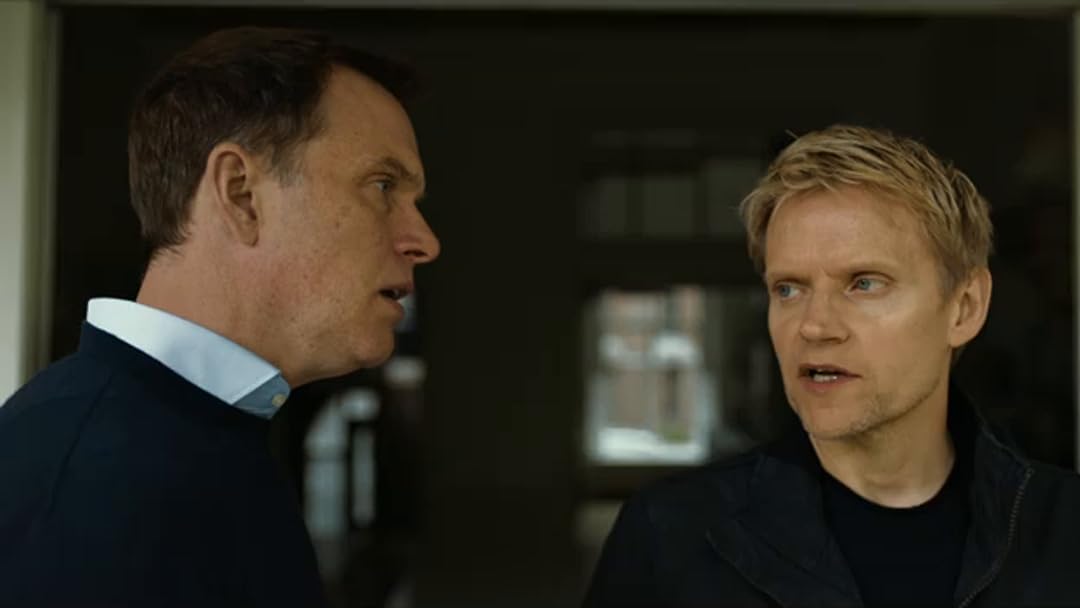 ann lowenthalReviewed in the United States on February 18, 2021
5.0 out of 5 stars
If you like the genre, this is for you
Verified purchase
British crime drama series. True to the genre, follows the formula.
One person found this helpful

SnowballReviewed in the United States on July 5, 2021
5.0 out of 5 stars
Excellent Series
Verified purchase
A bit of fun and a bit of who-done-it...

I am really enjoying these.

springfield40Reviewed in the United States on February 18, 2021
5.0 out of 5 stars
Really good procedural
Verified purchase
Will get more if they do more seasons
One person found this helpful

Kass McGannReviewed in the United States on September 30, 2020
2.0 out of 5 stars
Disappointingly British. Not at all Dutch.
I know this show is based on the books by Nicolas Freeling, who is English. But why write about Dutch cops in Amsterdam if you aren't going to make them at all Dutch? Piet van der Valk is your typical stoic, nearly silent, grumpy, hard-to-like, dark, broody, perpetually single-because-his-one-true-love-died detective like in nearly all British cop shows for the last 20 years. His team are repressed, easily shocked, socially awkward, cold, distant, and standoffish. They throw around English slang as if they are in London, not Amsterdam. They are the epitome of English characters in a cop drama, not Dutch ones. Add to this the fact that Dutch cops carry guns, but the writers think this means encounters with the police end up like American cowboy gunfights at the O-K Corral. In reality, police in the Netherlands shot only 7 times in the first six months of 2019 and other recent years have similar totals. In this show, I think each cop shot that many times per episode. If they were going to make an English cop show, why not set it in England. Couldn't they get permission to film in England or something? The author of the book and the producers of the TV show clearly think Amsterdam is some kind of drug and prostitution Disneyland and they couldn't be more wrong. The only thing Dutch about this show is the setting. Nice shots of Amsterdam. That's it. It's almost as bad as those episodes of Wallander that Ken Branagh did. Totally English and not at all Swedish. The plots are okay, but they're all rather uninteresting and mostly based on "love gone bad". So boring. The end of each episode spools out so slowly that you can stop watching 15mins from the end and not miss anything. Why bother? If you want to watch a good cop show set in Amsterdam, look up Baantjer.
20 people found this helpful

LolapkReviewed in the United States on September 24, 2020
2.0 out of 5 stars
This is not up to Masterpiece's usual standards.
So far this series is a disappointment. It is definitely not up to the usual standard for Masterpiece. The lead character is unlikeable and the lead actor is not compelling. He portrays and unsympathetic and rigid detective who is abusive to his new recruit and is not morally complex.
The second in command is more watchable.
The storyline in the first two episodes is reasonably interesting, the second two episodes are neither interesting nor well-written. If there's something else to watch you could give this a pass.

SilkReviewed in the United States on September 15, 2020
5.0 out of 5 stars
A very great start to a promising series.
The show has a hell of a lot of promise. 1 story in and I am hooked. The cast is all perfect with the right mix of charm and foibles to make them feel like real human beings, something masterpiece series tend to do better then most others.

The lead is that right mix of not too good looking but not needlessly rough and crude either. Much the same for his lady peer in the profession of catching the bad guys. I do kind of get annoyed with it being she who gets injured badly. Been seeing that far too often as kind of an evolution of the old damsel in distress. I recall something a lot like that happening in the later seasons of Inspector Lewis and really prefer when they dont make it look like the women are foolishly over confident or needlessly reckless because they feel they need to prove something.

The 2 side kicks are perhaps too sterotypical with a nerd and a pretty boy, and the pretty boy always seems to be stuffing his face, while the nerd is always trying to hard to get praise and does not seem to simply be content with the good results of his work.

I mean its set in the pot capital of the world. Why not give us a stoner cop or at least a stoner CI that does actual good work even while high to help finally dispel the myth of pot heads being a bunch of lazy slackers. Or have one of the cops have bad ptsd and self medicate with it. I dont know just something to make at least one of the males feel more flawed then the woman who basically walks into an ambush like an lemming.

R. SpatesReviewed in the United States on October 5, 2020
1.0 out of 5 stars
a bully and...
"Piet" the lead character, portrayed by Marc Warren, is particularly unlikeable. I've watched 2 episodes on PBS. That's it. Piet plays an unreachable, unemotional (except for some kind of hate that lines his insides) detective. Piet's treatment of his new assistant 'Job Cloovers" (portrayed by Elliot Barnes-Worrell) is despicable! Moreover, because Job is black, this treatment by his snarly, hateful white superior definitely brings up race relationships. Within the story, others question Piet as to why he is so hard on Job. Maybe it all works out in the end. I didn't read the book so I don't know. But I've had enough of this. Rarely do I watch anything these days. Certainly I don't want to watch a character that seems ready to join the Proud Boys.
11 people found this helpful

Time SerfReviewed in the United States on September 25, 2020
5.0 out of 5 stars
Well, it this is very embarassing for me...
We visited Amsterdam a few years back. I fell in love with the place, and shortly afterward I discovered "Van der Valk" with Barry Foster, and I found I could continue running around Amsterdam by watching the show. That show was excellent, and felt I got to know Piet, his wife Arlette, Samson, his partners and finally his son Wim. Being stranded in America (now in more ways than one) I have not seen the whole series, although I have gone beyond the first 2 series (on purchased DVDs) by seeing later episodes on You Tube.

I had seen 2 episodes of the new Van der Valk, and I thought they are wonderful. I originally thought that this could not be the same Piet Van der Valk we knew so well- too much had changed.

Then I saw the last episode. It was as good as the first two, and then it explained why this is Piet Van der Valk and not his grandson as I originally thought. This show is a triumph- it can be thought of as a reboot, or even something else. Welcome back Piet. We all missed you. Can say no more, and after you see the whole series you will know why.
9 people found this helpful
See all reviews
Back to top
Get to Know Us
Make Money with Us
Amazon Payment Products
Let Us Help You
EnglishChoose a language for shopping. United StatesChoose a country/region for shopping.
© 1996-2021, Amazon.com, Inc. or its affiliates