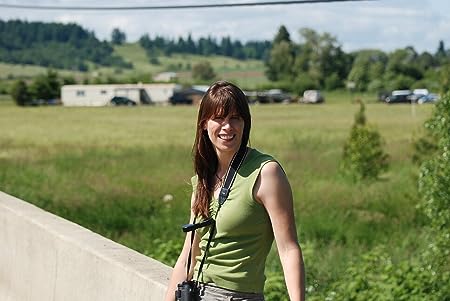 Vanessa MacLellan was born and raised in the farmlands of eastern Washington, works as an environmental engineer, and is an avid birder, naturalist and hiker living in Portland, Oregon. Her website is vanmaclellan.com. 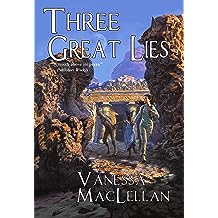 Three Great Lies Aug 6, 2015
by Vanessa MacLellan
( 38 )
$1.60
PUBLISHERS WEEKLY: " A strong conclusion sets this light fantasy a notch above its peers."
While vacationing in Egypt. . .
Jeannette Walker, a cynical scientist jaded by swarms of tour groups and knick-knack shacks, is lured by a teenage tour guide to visit a newly discovered tomb. No other tourists there! Inside the chamber, she tumbles down a shaft and 3000 years back in time.

Now, in a world where deities walk the streets and prophecy stinks up the air, Jeannette is desperate for normal and the simple pleasures of sanitation and refrigeration. However, a slave master hawking a cat-headed girl derails her homebound mission, and Jeannette—penniless in this ancient world—steals the girl, bringing down the tireless fury of the slaver.

Saddled with a newly awakened mummy and the cat-headed girl, Jeannette, through her unparalleled experience gained from watching spy movies, contrives a plan to free them from the slaver's ire, but will she have to dive into the belly of the beast to succeed?
Read more
Other Formats: Audible Audiobook , Paperback 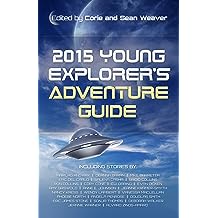 "I just wanted to let you know that I received my print copy last night. I backed the book for my 6 year old daughter. My expectation was that we would need to hold on to it for a few years. I had to pry it out of her hands to get her to go to bed. The going is a bit slow, in part because the stories are the most advanced she has read, but in part because she is so excited she has to stop regularly to explain to me what is going on in the story. She has declared it her favorite book." Gary D.


"My daughter is on the couch presently, reading her copy, which I handed to her approximately 3 minutes ago. She is engrossed. Thank you. :)" Matthew McFarland


24 science fiction short stories for the middle grade reader from Hugo and Nebula winning authors as well as newer writers.

It’s time for a bigger universe.

Sally Ride, first American woman in space and Presidential Medal of Freedom recipient, famously said: “Young girls need to see role models in whatever careers they may choose, just so they can picture themselves doing those jobs someday. You can’t be what you can’t see.”

"When I was a child, the school library had a Girls' Section, which included fairy tales, and a Boys' Section, which included all the science fiction. Things have changed, of course, but not enough. There is a strong need for science fiction, as opposed to fantasy, aimed at girls, especially in the middle grades. This anthology is an important contribution to the effort to fill that need, and I'm delighted to be a part of it."

Authors in the anthology are: 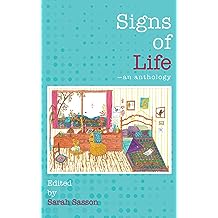 Signs of Life: an anthology Mar 29, 2021
by Sarah Sasson
( 6 )
$4.38
‘Signs of Life is an extraordinary anthology, an astutely put together collection, that peels away the layers of health so we can see the complexity underneath. Disease, illness, decline, and deterioration; all these failings of the human body are at the heart of this selection of poignant and beautifully written stories. Seen through the eyes of these talented writers, what we end up with is not despair and hopelessness, but a visceral understanding of the fierceness of being alive and the love that forms the scaffold of how we care for one another.’ Michelle Johnston, author of Dustfall.

In a Californian cafe, a music-lover develops psychosis while drinking green tea. In a Ghanaian paediatric ward, a doctor cares for a boy with kidney disease, while definitive treatments remain out of reach. In Melbourne a mother watches as her son resists being taken to respite care.

This is not a book about death and dying. This is a book about life and how we live it. These stories reveal what is truly valued in this world, and speak to the ferocity with which we love. 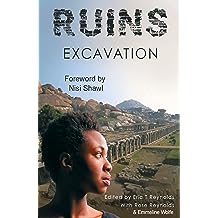 Ruins Excavation Nov 4, 2015
by Vanessa MacLellan, Alvaro Zinos-Amaro, Lou Antonelli, Jennifer Crow, Kaolin Fire, Eric T. Reynolds, Rose Reynolds, Emmeline Wolfe, Nisi Shawl
( 2 )
$5.99
Speculative Fiction stories that are set in or about Archaeological Ruins. The protagonist in each story is an archaeologist who is a Woman of Color.

Ruins range from those in the American Southwest to Central America, to the Andes Mountains to Egypt to the Middle East and, Egypt, to Aboriginal Australia, and across other areas. Some incorporate mythology of the ancient cultures who built and inhabited the ruins. Some of the protagonists are descendents of the ancient peoples of the ruins.