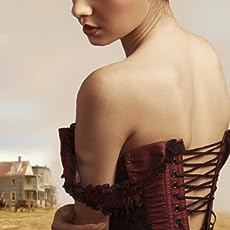 Vanessa Vale is the USA Today bestselling author of sexy romance novels, including her popular Bridgewater historical romance series and hot contemporary romances. With over one million books sold, Vanessa writes about unapologetic bad boys who don't just fall in love, they fall hard. Her books are available worldwide in multiple languages in e-book, print, audio and even as an online game. When she's not writing, Vanessa savors the insanity of raising two boys and figuring out how many meals she can make with a pressure cooker. While she's not as skilled at social media as her kids, she loves to interact with readers.

SIGN UP FOR VANESSA'S MAILING LIST FOR LATEST NEWS and get a FREE book!
Just copy and paste the following link into your web browser: http://freeromanceread.com 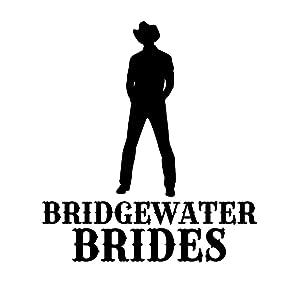 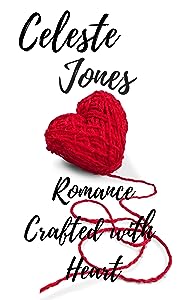 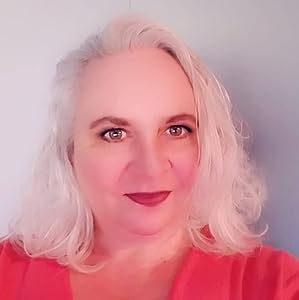 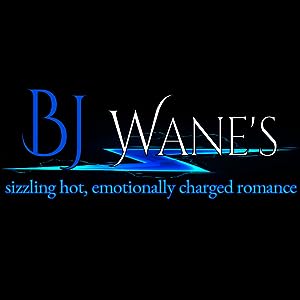 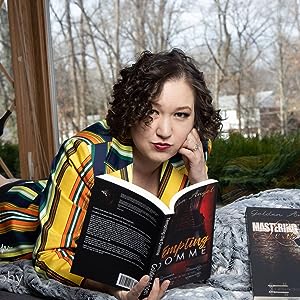 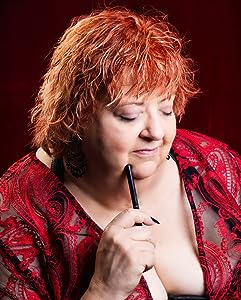 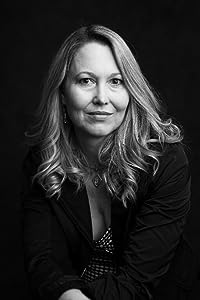 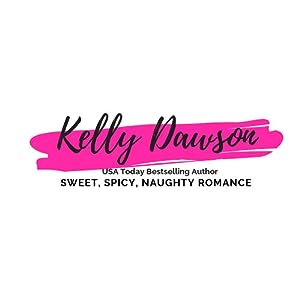 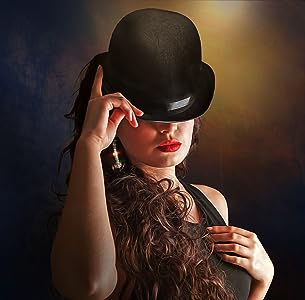 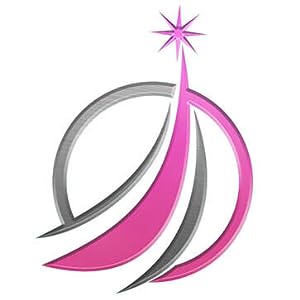 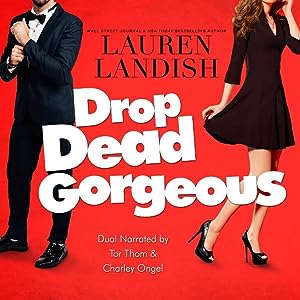 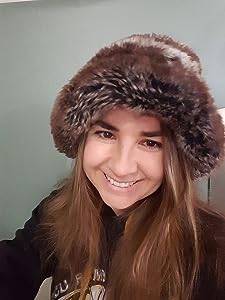 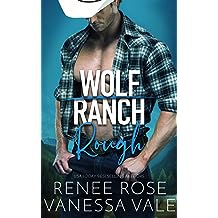 
Pack Rule #1: Never reveal to a human.
I broke that rule the day I met the beautiful doctor.
I might be a rodeo champ, but one look at her, and I lost my concentration.
The bull tossed and gored me, and now the sweet female is on to me.
When I healed within hours, she knew something wasn’t right.
My alpha told me to watch her.
Not a problem. I’ll watch her all right. Real close.
I’ll stick to her like superglue.
And those human men who want to date her?
They’d better step back.
Because the doctor is all mine.
Whether she knows it yet or not.
Read more
Other Formats: Audible Audiobook , Paperback 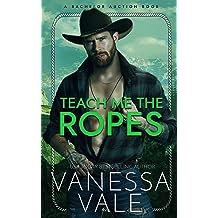 
A bachelor auction. I was in a f-ing bachelor auction.
I wasn't a cow. A bull, definitely. When the ladies started to bid, it was looking rough.
Until she placed the winning bid.
The one I wanted. The woman who'd kneed me in the balls the other day.
Yeah, I was hot for a woman who wanted nothing to do with me. I was a guy obsessed.
She might be the teacher, but she was going to learn she was all mine and I wasn't letting her go.

If being a cowboy isn't enough, Sawyer's the town's fire chief. This book might burn up your ereader, but don't worry, he'll be there to put out the flames!
Read more
Other Formats: Paperback 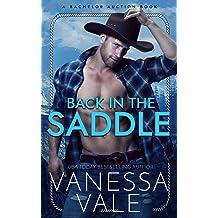 I've always wanted her. After all these years, that's never changed.


I thought Sarah O'Banyon had been The One. I'd been f-ing wrong.
I moved on, made something of myself. Became police chief. Even had a beautiful daughter.

When Sarah buys me at the bachelor auction, I'm stunned. It's been six years. She wants me for something now. When we end up in my bedroom, I know exactly what. Except I get cuffed to my headboard by the sexy mechanic—and left. Getting free isn't the only thing that's hard.

Turns out she's learned something about my past. A secret which makes her angry. I'm okay with that. It means she still feels something for me. I'll change her hate to love.

We're going to pick up the pieces of our first love... and our broken hearts because there is no other option. It's Sarah O'Banyon for this cowboy. Always.

A single dad gets a second chance at first love in the next Bachelor Auction book. It's Huck Manning's turn to reignite the flames on his love life... and your ereader.
Read more 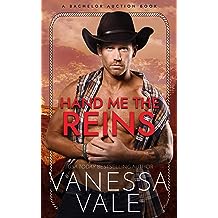 Hand Me The Reins (Bachelor Auction Book 3) Jun 15, 2021
by Vanessa Vale
$3.99
It's time for Thatcher Manning's story in the third book in the Bachelor Auction series! You know it's going to be a wild romp!
Read more 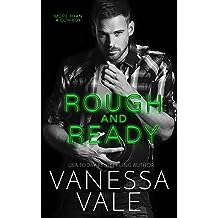 
Reed Johnson grew up on the streets rough and ready with his fists to survive. These days, all his fighting now is done in the ring. With The Outlaw as his coach, he's way more than a cowboy. That was enough for him, until he meets his new neighbor.

Harper Lane's running from a dangerous past, but no matter how hard she tries, it follows. This time, she's not alone. She runs right into the arms of Reed. She's his now. His to protect. His to save. To do so, he'll have to return to the life he's left behind. But the brainy PhD is worth the fight and with her, he'll be ready for anything. Even something he never thought he deserved. Love.
Read more
Other Formats: Audible Audiobook , Paperback 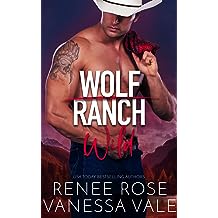 I protected my country.
Protected my platoon.
Now all I wanted to protect was her.
Too bad that wasn’t an option.
I couldn’t fall for the beautiful slip of a female.
The baby sister of my brother’s new mate.
She was way too young. Way too human.
Still in college. And too bright a force of nature.
She had her whole life ahead of her.
And I had the Green Berets begging me to reenlist.
My wolf… he wanted her.
But if I let her go without claiming her,
I might not survive the moon madness.
Read more
Other Formats: Audible Audiobook , Paperback 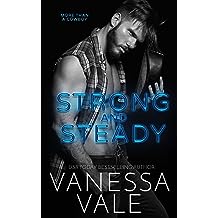 They don't call him The Outlaw for nothing.


Grayson Green's nobody’s hero. He's just a hard-working cowboy who's taken his share of knockouts over the years. A man intent on keeping to himself and leaving his past behind. Then Emory walks into his life. She's different. She has no idea who he is or what he's done… and she wants him anyway. When someone from his past is prepared to take him down—and Emory along with him—he'll have to prove he's more than a cowboy.

Warning! This has a super protective, super hot alpha male who will stop at nothing to protect his girl.

This book was previously published as Fight For Her. 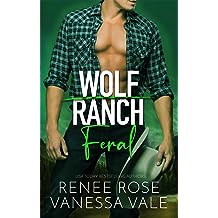 Feral (Wolf Ranch Book 3) Jun 18, 2020
by Renee Rose , Vanessa Vale
( 759 )
$4.99
Pack Rule #3: The alpha must mate.
The stronger the alpha, the greater the danger.
Moon madness could claim me any time now.
I’ve looked all over the continent, gone to mating games, but I still haven’t found the she-wolf meant to be mine. I’ve already become too feral in bed.
I’m not safe—not for random females. Especially not the one who just moved into the ranch next door. She’s way too tempting. And I’m way too dangerous.
I have to stay away. I don’t dare get near her.
Because I would die before I ever let anything harm the little human.
Including me. 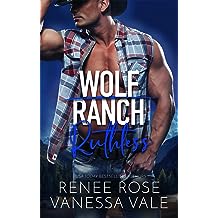 Ruthless (Wolf Ranch Book 6) Nov 30, 2020
by Renee Rose , Vanessa Vale
( 523 )
$4.99
PACK RULE #6: KEEP HUMANS AWAY FROM PACK LAND.
My alpha told me to get rid of her.
Make nice and find out if she’ll sell her property.
Keep her from bringing more humans close to our land.
But before I even met her, I caught her scent.
The moon’s full, and I had to follow it. I couldn’t stop myself.
I ran straight into human territory, onto her property.
Found her bathing naked in the moonlight and showed her my wolf.
Now all bets are off.
My alpha may want her gone, but I need her to stay.
In fact, I’ll do anything to make sure she never, ever leaves. 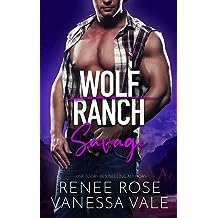 Savage (Wolf Ranch Book 4) Jul 22, 2020
by Renee Rose , Vanessa Vale
( 682 )
$4.99
PACK RULE #4: GUARD YOUR PUPS WITH YOUR LIFE
We hooked up one night at Cody’s Saloon.
The beautiful nurse wanted a ride, and I’d given it to her.
Made her scream and sent her home happy.
She didn’t tell me there’d been consequences.
She’d kept her secret close. For months.
But what she didn’t know could change everything.
That baby she carried wasn’t human.
And this wolf would never walk away from his pup.
She may not have wanted me in her life, but that was too bad.
I was moving in—watching over her and providing for my family.
She was under my protection now.
Whether she wanted it or not.
Whether she wanted me or not. 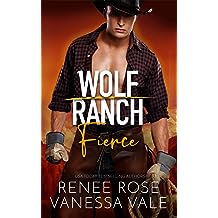 Fierce (Wolf Ranch Book 5) Sep 1, 2020
by Renee Rose , Vanessa Vale
( 675 )
$4.99
PACK RULE #5: HAPPY MATE, HAPPY FATE.
Fate has it in for me.
She’s sent a human vet to stay in the bunkhouse. With me.
I might not have the wolf scent, but I have the hearing.
I learn she’s a virgin. I offer her two weeks.
Two weeks where I’ll show her a large animal. One she can’t resist.
Or at least one who can’t resist her.
I’ll prove she doesn’t know everything about four-legged beasts.
Especially not the fiercest ones who stalk their prey in the night.
Especially not one determined to prey on her.
Me. 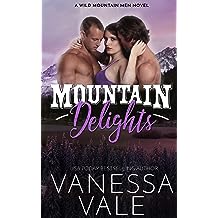 Mountain Delights (Wild Mountain Men Book 2) Nov 3, 2019
by Vanessa Vale
( 253 )
$3.99
Hailey Taylor knows ski racing, and it's paid off, because she's a champion. The top of her game. Until she wiped out last season and blew out her knee. Her body may have recovered, but her head's not back in the game. Meeting Lucas Mills doesn't help, because the instant connection they share is just too good to ski away from. And when Lucas is game for getting his best friend in on their bed sport? Hailey's ready to play.

Lucas is in love with Hailey. He's all in, from the first moment he sees her. But he knows he's not perfect, not with his PTSD from being deployed. He wants to make sure she's got someone watching out for her, besides him. Because the one thing he's learned between war and the murder of his sister, bad things can happen.

Cy Seaborn's dad is a piece of sh—work. He walked away from his family when Cy was a kid, forcing his mom to work two jobs to make ends meet, to leave their house and live with his grandparents. He hasn't heard or seen from him since. Until the man falsely admits to killing Erin Mills—his best friend's sister. Cy has no idea why his father did it, and neither do the detectives working the case or the reporters who've been hounding him. He's wary. Jaded.

All three are scarred. Damaged, outside and in. Lucas wants it all, but doesn't think he's enough. Cy's not worthy of a woman like Hailey, tainted by his father's bad blood. And Hailey? The only commitment she's known is to her sport and all that's gotten her is loneliness and injury. What if they let her fall? Can her heart recover?

And most of all...with a murderer roaming Cutthroat, will they survive?
Read more
Other Formats: Audible Audiobook , Paperback , Audio CD