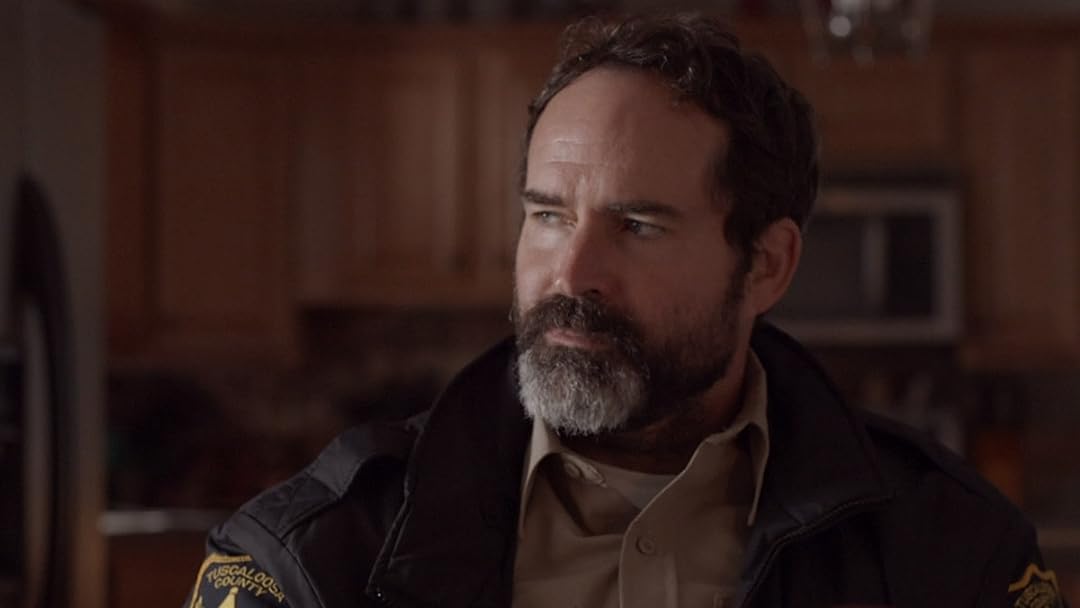 (18,052)
5.71 h 55 min2020X-RayR
A family vacation takes a terrifying turn when a couple's young daughter disappears without a trace. As the list of suspects grows, the search for the truth leads to a shocking revelation.

spookarooReviewed in the United States on August 24, 2020
1.0 out of 5 stars
One of those house of sand and fog movies
Verified purchase
Don't read this if you don't want spoilers. I paid to rent this disgusting movie so think I'm entitled to my review.

First, the parents are disgusting. I don't care what their issues are in a period of 6 days they leave behind dead bodies everywhere. I suppose the director thinks the disappearance of a child justifies the actions? You find yourself kind of hoping so but the real horror in the film is when you realize innocent people are dying at the parent's hands. The husband is an absolute jerk married to a cold fish. Just in case we're too stupid to figure it out the director explains it all to us at the end which is unnecessary because by then you're RELIEVED those sorry parents don't have their child anymore. Exactly who are we supposed to empathize with here? The protagonist is already dead. What a waste of film. But then Anne Heche is in it, what did I expect?

TonyaBReviewed in the United States on August 23, 2020
1.0 out of 5 stars
If you like stories that don’t add up....
Verified purchase
This movie was TERRIBLE. If you have any common sense you will easily see giant holes in the storyline that are frustrating and difficult to ignore. The only real shocker here is how quickly I regretted spending any money on it. I’m unclear as to how this movie was produced for release as if any of the 400 producers who worked on it ever watched the final product. If you enjoy being frustrated and disappointed this is a great option to explore but if you have had enough of the bs in 2020 so far... bypass this movie.
40 people found this helpful

Matthew MilesReviewed in the United States on August 22, 2020
4.0 out of 5 stars
Takes parent grieving to another level
Verified purchase
This movie is about a whole different level of grieve. Depression, anger, guilt, paranoia...all sort of emotions lived by a couple around the disappearance of their daughter during a family camping vacation.
There are so many raised questions in he beginning and so many possible suspects that you cant help but to stay glue to the movie to make sure you dont miss any clues.
The actors do an amazing job performing to all the roller coaster emotions that the parents could possibly go through in a situation of a missing child. The insanity level reached by the parents is so intense that at some parts is almost comic of how far they let their emotions dictate their actions. Each one just escalation the previous one in a snow ball effect. This movie is a must watch if you like thrillers where the situation gets out of hand to the point of no return and you are just waiting for it all to explode at the end, and at the same time get the answer to the mystery.

TeresaWReviewed in the United States on August 23, 2020
1.0 out of 5 stars
Pick something else to watch!!
Verified purchase
Terrible plot. Terrible acting. The story is full of holes and there is no development of this story or the characters. Ugh. I just wasted 2 hours of my life.
23 people found this helpful

Northern TownReviewed in the United States on August 23, 2020
4.0 out of 5 stars
Suspenseful. Rating Depends on How Well You Read People.
Verified purchase
I read several reviews before deciding to spend so much on a movie rental. I read no spoilers.
Unfortunately, my background is in family therapy and clinical psych. And I guessed a half hour in
what the real story might be. But most people are not me. (Not that I'm "better"; I just have more
unusual skill sets.)

This movie engages enough with suspense that most folks will want to keep watching, regardless.
Some will think Anne Heche's character emoting to the extreme is just over-the-top acting. That may
well be.

Some may find the discontinuities irritating (I did. I tried to retrace and rewatch a couple of scenes to get a sense of where people must have been standing and what facing around the alleged time of disappearance. Ex. Scene in which you see a trailer behind Anne Heche's character, but then the perspective shifts and there is no trailer there. I think that one was a blooper.

Having criticized thus, the suspense is compelling, and I would love to critique more; but I cannot: If I do, it will give away some of the conceptual genius of this film. I guess I'm voting: Watch it. Because it is definitely not straight forward, and after the end, what fascinates me are not the surprises. It is the deeper aspects of living that the story causes us to reflect upon in the wake of its end.

I totally get why some people gave it low ratings. You just have to watch it to see what you think of it, but it is very suspenseful. I would not pay the $7 to see it though.
15 people found this helpful

AnnReviewed in the United States on August 22, 2020
2.0 out of 5 stars
Don't waste your money
Verified purchase
We saw that this movie was rated five stars so we rented it. The movie was so unbelievably, we picked apart every scene. What a waste of money. If you feel you have to watch this movie wait for it to be free, don't waste a penny on it.
19 people found this helpful

LynneReviewed in the United States on August 22, 2020
1.0 out of 5 stars
Um...no. Just no.
Verified purchase
I saw that it had 5 stars. Wow...how far we have fallen during COVID. I would put some real YOU HAVE GOT TO BE KIDDING me-s in here...I do not want to spoil it for you.
17 people found this helpful

lorraine blackReviewed in the United States on October 6, 2020
1.0 out of 5 stars
Bad, really bad.
Verified purchase
Let's start with - I hate a movie that straight out lies to you and then turns it into something else. Some spoilers here. They show you the little girl. Sweet and precious, etc. Could have been done differently. Poor directing, poor acting and soooo many bloopers it is laughable. The conversation with the mother in which, in the background there is a trailer, but as she finishes the sentence, whoops no trailer. Her hat, which is splattered in blood and then soaked with spilled coffee and thrown in the garbage, is seen all clean and perfect on her head minutes later. The child's favorite red bead necklace found in the closet of another trailer, only when the cop squeezes his hand through a small opening (the door is jammed and will only open a few inches) and then identified by the Mom as the girls necklace, and they never open that closet door all the way to see what is in it. The noise (whimpering and clattering) behind the locked door in the small grocery store, and no one tells the police. But instead the Mother decides she will take the hidden key and go in there herself. And the totally unhinged parents!! Yes, this is sort of a thriller as the parents, deluded as they are, go around killing totally innocent people. It was laughable when the Mom, thinking they found an escaped prisoner, took his gun and shot and killed him. Then they find out the guy is a survivalist on a challenge camping weekend. I really did laugh at that one. Maybe this was supposed to be a comedy? Stupid, crazy movie!
7 people found this helpful
See all reviews
Back to top
Get to Know Us
Make Money with Us
Amazon Payment Products
Let Us Help You
EnglishChoose a language for shopping. United StatesChoose a country/region for shopping.
© 1996-2022, Amazon.com, Inc. or its affiliates