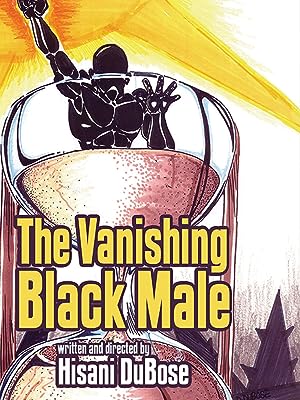 (4)
5.01 h 15 min200513+
Are African American males becoming extinct' Such questions and more are explored in The Vanishing Black Male, featuring interviews with doctors, politicians, college students, teachers, law enforcement personnel, a screenwriter and others. Music, artwork and monologues are interwoven throughout. Oscar-nominated editor Alfred Santana keeps the visuals flowing in this captivating documentary.

Brian MaesReviewed in the United States on November 21, 2018
4.0 out of 5 stars
Illuminating
Verified purchase
I am a middle aged white male and I found this documentary to be very helpful in gaining insight to the young black male community, from an "inside" view. Hearing the views of so many members of the black community discussing the issues facing so young many young black men, which are myriad and saddening, was inspiring.
Because this video was did not have a big budget behind it, the production quality is not top notch; however, the content and message is nonetheless very good.
4 people found this helpful

Bel H.Reviewed in the United States on November 22, 2020
4.0 out of 5 stars
Wonderful
Verified purchase
I would absolutely recommend this to anyone. Great documentary, it is informative, the interviewer gathered people within the community + working professionals who are all separately interviewed about the Black Males experience in America. It provides good information + interviews black men and some of their experiences.

It dabbles into some of these topics - mass incarnation, the war on drugs, hiv in black communities, school education (pipeline to prison), influential leaders (at one point 54 mins one of the men interviewed mentions about making leaders of any one person with a 'great' mind) and I like how this film interviews several people and goes to give different opinions and ideas.

I wish they went deeper into why things are the way they are that would be my only complaint. But, regardless, it's worth a watch, especially for a 2005 documentary... it's just interesting to watch where some peoples heads were at 15 years ago. A lot has not changed.

PJReviewed in the United States on February 4, 2020
5.0 out of 5 stars
insightful
Verified purchase
a good must watch when learning more about the problems that plague the black community still to this day.

The Movie ManReviewed in the United States on February 22, 2018
3.0 out of 5 stars
Unsettling premise is controversial...
“The Vanishing Black Male” is a documentary comprised of a series of interviews based on the fact that the ratio of black females to black males has been steadily increasing in African-American communities across the country. Director Hisani DuBose decided to pose the question of whether black males are becoming extinct to a variety of experts and ordinary people from all walks of life to see whether they’ve noticed the trend and what they make of it.

Among those interviewed by Melvin Jackson, Jr. (HBO’’s “The Wire”) are a politician, a psychiatrist, a social worker, a pastor, firefighters, educators, and students. Sgt. Delacy D. Davis of the Black Police Officers Against Brutality discusses the negative effects of advertising, the breakdown of the black family, and his organization’s efforts to support single moms and their kids effectively. Dr. Duane Dyson, Executive Director of The Violence Prevention Institute, stresses the importance of elementary education while indicating the suicidal nature of the ghetto gangsta’ mentality. As a physician in an inner-city hospital, Dyson has witnessed, first hand, gunshot victims on a daily basis.

Director DuBose points out that guns, the street, failing schools, drugs, the criminal justice system, absentee fathers, suicide, unemployment and several other factors contribute to the the phenomenon of black male extinction. Though the problem appears overwhelming, the film emphasizes the efforts of dedicated individuals and organizations to combat it.

There are no bonus materials on the unrated DVD release.
2 people found this helpful
See all reviews
Back to top
Get to Know Us
Make Money with Us
Amazon Payment Products
Let Us Help You
EnglishChoose a language for shopping. United StatesChoose a country/region for shopping.
© 1996-2022, Amazon.com, Inc. or its affiliates