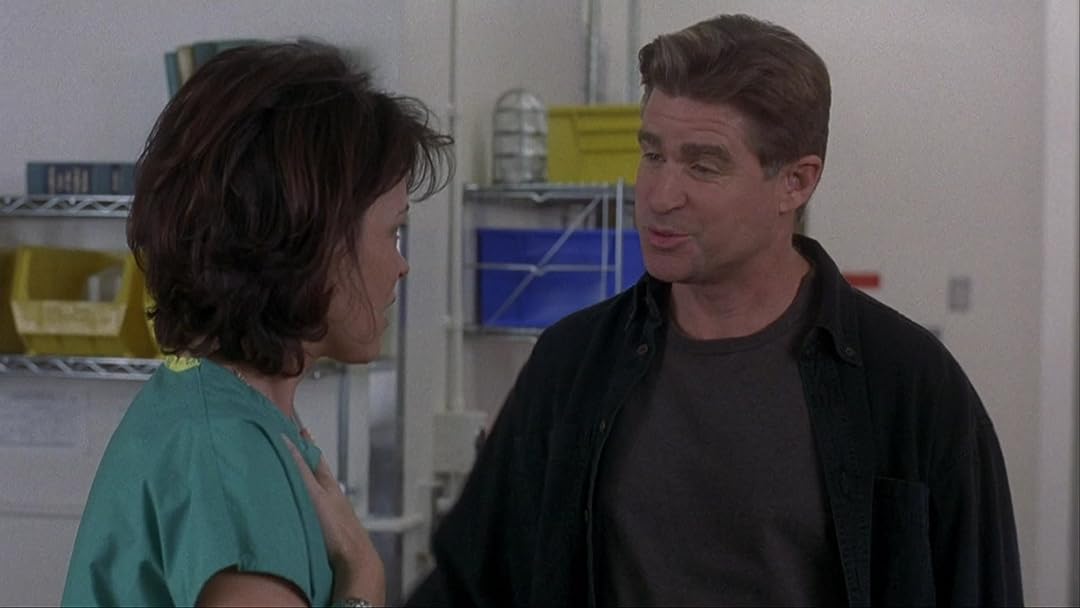 (69)
1 h 37 min2001PG-13
Mutant snakes survived a terrorist attack on a government laboratory, and they now threaten the town of Santa Mira Springs, California. Seismic activity has brought snakes to the surface, where residents are being bitten. Victims can transmit the virus to healthy persons. Local physicians try to control the epidemic, while the military is primarily concerned with keeping the virus a secret.

Avid readerReviewed in the United States on May 15, 2019
3.0 out of 5 stars
"Mr. Dutton, you're fired."
Verified purchase
From the opening scenes, where Mr. Dutton gets ‘fired’, and the building gets blown up, I expected a terrible movie, especially since the explosion was far greater than was likely. But then the movie settled down and became interesting entertainment. I state entertainment, as there is nothing special about the movie. It is hackneyed, not original, and is predictable, with the evil military trying to cover things up, and the doctor and his ex-wife, a virologist with the Department of Defense, trying to unravel what is happening. I would give credit to the snake wrangler, as the snakes are real, without the need for a lot of CGI. Although them coming out of the ground seemed a bit much, but that was later explained that these were snakes bred to be very aggressive. But the snakes in the house is a bit overdone, and a snake coming out of the toilet is too cliche. And I would like to see a movie involving the military where nuclear weapons are not planned, and aborted at the last second. That is just lazy writing. The hospital scenes are believable so at least that did not insult the viewer. The military vehicles did not have any unit numbers on them, and the General’s helicopter did not have any military insignia. But the guts of the military operations seemed reasonable, without a lot of foolish errors, except for the chopper firing at cars. So fun entertainment, but not a great movie. But more enjoyable than I initially expected.
One person found this helpful

Steffyboo32786Reviewed in the United States on March 12, 2019
5.0 out of 5 stars
Ssssssooo creepy
Verified purchase
SPOILER ALERT!!!! Okay so I love having Prime membership because I get access to some amazing deals and free movies hehe. I got to watch this movie for free and I love it! There was some great actors on it like Treat Williams and etc. The snakes were infected by some super virus and it could be transferred by a bite then whoever had the bite could transfer it to others by something as simple as coughing near their food or something like that. The snakes were vicious on here it was like the virus made them way more evil or something and they were built to be smart and cunning predators. I am glad the big time army guy got what he deserved for all that he did. Just bc he didn't want people to know that he helped engineer theses snakes he decided to lie and say that the whole town was killed so they were to blow it up. I mean WTH. He was cold hearted for reals!! Anyways this was a great movie and had the creep factor going for it for reals hehe.
3 people found this helpful

WballenReviewed in the United States on February 9, 2018
4.0 out of 5 stars
betterriors than most
Verified purchase
I do n ot like bloody films that have unbelievable impossible things going on. If it can happen and is scary with suspence then it's worth the time..The stars were good in their roles and scenes not stiff. I gave it only 4 stars because there was some parts like the dog getting bit that were a iffy because most dogs would avoid a rattler. Also how did the snake get undetected after being in boys bedroom and him calling for his mom. Just little things like that. A better than average movie that in my opinion would eclipse others like that one with giant earth burrowers, that had 3 sequels.
4 people found this helpful

GreystokeReviewed in the United States on October 26, 2019
4.0 out of 5 stars
Snakes, Good Guys and Bad Guys
Verified purchase
Much better acting than the typical B movie I'm accustomed to, by far.
The movie has no special plot twists, or special effects at all. What it does have is a lot of goofs and continuity blunders to pick apart. If that sort of thing is as much fun for you as it is for me, this movie has to be in your watch list.

If you don't already know about it, the "trivia" section in each move ("See All" is the link in the upper left corner) is moderated by IMDB, which you can join for free and then offer additional tidbits of goofy stuff in all of these B movies.
Beyond all of that though, the plot is simple. Good Guys doing Bad Things. Good Guys stopping Bad Guys, then nearly dying, then Good Guy get Good Girl to help (ex-wife) Good Guys die, Bad Guys die. Good Guy gets Good Girl.

Air Force BratReviewed in the United States on June 29, 2020
5.0 out of 5 stars
Loved it
Verified purchase
First and foremost, I love snakes. This had plenty of gorgeous rattlers, a couple of garden snakes and lots of rubber ones. The American Humane Association monitored the film and no animals were harmed. A lot of good looking male stars, no screaming girls, no sex, beautiful scenery. I just didn't like the way it made the US Army out to be the bad guy. But...all-in-all, a good movie!
One person found this helpful

SonuReviewed in the United States on October 18, 2020
3.0 out of 5 stars
decent movie
Verified purchase
Although not a major production it was an entertaining movie and much better than most of the B-grade movies on Amazon. I rated it as good as Ice Twisters. General Sparks' demise was too obvious. The writers could have been more creative with it.

Susan SeeleyReviewed in the United States on March 20, 2020
1.0 out of 5 stars
DISAPPOINTED!
Verified purchase
THE ONLY REASON MY HUSBAND AND I WANTED TO WATCH THIS MOVIE, WAS BECAUSE TREAT WILLIAMS WAS STARRING IN IT. DISAPPOINTED THAT THE MOVIE CAME OUT TO BE A B-MOVIE THOUGH! NOT WORTH WATCHING IT.

MortyReviewed in the United States on August 20, 2019
3.0 out of 5 stars
The cost of the movie did not skow up untill the movie restsrted again.
Verified purchase
I was watching the movie because it was listed as no cost. After watching about half the movie the movie shut down when it started back up that is when it said $2.99. I dont think I oue that money.
2 people found this helpful
See all reviews
Back to top
Get to Know Us
Make Money with Us
Amazon Payment Products
Let Us Help You
EnglishChoose a language for shopping. United StatesChoose a country/region for shopping.
© 1996-2022, Amazon.com, Inc. or its affiliates