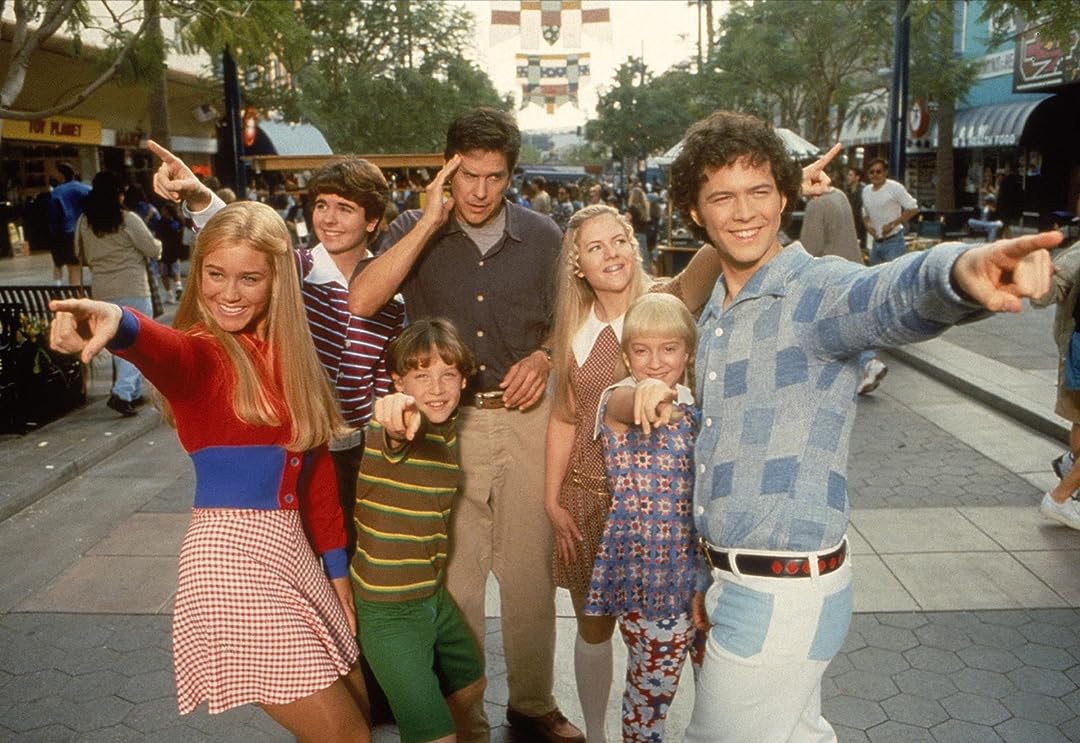 (674)5.71 h 29 min1996PG-13
HD. The Brady Bunch maintain their sunny '70s disposition in the face of bigamy, knavery, kidnapping and more in this comedy sequel.
This title is:Light, Campy

SPAMReviewed in the United States on September 3, 2017
3.0 out of 5 starsA Very Subpar Sequel
Verified purchase
I don't blame them for trying to make a sequel quickly before those kids got too old, but this movie feels like it was thrown together quickly and pales in comparison to the original in every way.

They stay in their house at the beginning of the movie for way too long (25 minutes) and are introduced to a new character that points out how odd they are instead of interacting with the modern world. No offense to Tim Matheson, but I think they could've cast someone better as he overplays his character making himself odd too.

The trip out scene would've been better had they done more with it. I know this was probably a hard sell to creator Sherwood Schwartz as he was responsible for them removing a lot of "inappropriate" content from the original film. So, that may be why it's so dull and a missed opportunity.

Greg and Marcia moving in together is the highlight of the movie and pretty much the only reason to watch. Shadow puppets!

The movie was advertised on the Brady's going to Hawaii (i mean, look at the poster), but it doesn't happen until the very end of the film and while the change of venue is nice, it feels out of place and abrupt. And don't get me started on that terrible joke about the plane video being reversed. Perhaps they should've instead immediately started work on a third film with the Hawaii theme and changed the ending to this one.

All in all, it's worth at least one view, but that's about it.

ShawkinsReviewed in the United States on May 16, 2019
5.0 out of 5 starsWould only admit I love this movie in the anonymity of Amazon reviews
Verified purchase
This movie is legit really funny. Like.. Mel Brooks style humor peppered into a perfectly gross spot-on satire of the original show (Alice molding meatloaf with her hands, slapping in spoonfulls of lard.. the "dad" explaining his face looks different because an elephant stepped on it). There are some really good comedic actors in here, and even the lesser knowns (whoever plays the younger kids) are so great at giving off the obnoxious cheeseball vibe of the original characters while making them fun(ny) to watch. In the privacy of your own home, where no one can judge you.. rent this movie.
3 people found this helpful
Report abuse

Sgt AponeReviewed in the United States on June 23, 2018
3.0 out of 5 starsAlmost
Verified purchase
Not as good as the first, but sequels rarely are.This felt a little over the top in some places, had a few too many unnecessarily added "boing" type sounds, head wobbles and such if you know what I'm getting at here.It also felt a bit rushed and patched together. Greg is suddenly surfing and wipes out and then he's lying on the beach.One minute Carol is entering the cave, then suddenly a guard is ushering her into Mr Whitehead's mansion, things like that. He also mentions that Carol told him how Roy sabotaged the boat. How could that have been if Roy and his son were the only two on the boat that night as it showed in the beginning. The Gilligan's Island bit went on a bit too long and lost it's effect. Anyway, to sum it up, kind of disappointing compared to the original, which was done near perfectly.
One person found this helpful
Report abuse

N/AReviewed in the United States on March 23, 2021
1.0 out of 5 starsNot the Bradys
Verified purchase
Some are claiming this is satire. Whatever it is it is absolutely unwatchable. I forced myself to try and get through it for nostalgia sake but that wasn't doing it. Hollywierd has to ruin everything ... The casting choices for the pool scene - really? No wonder they are collapsing. Do we have to poison everything? Save yourself some torture don't bother.
Report abuse

Amazon CustomerReviewed in the United States on August 5, 2015
5.0 out of 5 starsHilarious Parody
Verified purchase
So glad this and the original were added to Prime Instant Video, my family watched both this week and died laughing. Even my teenaged kids who haven't seen the series, were rolling on the floor, mostly at the whole Jan-Marsha dynamic and the hilarious lines and acting by those two actors. Gary Cole is great too as always (if you loved him in Office Space and Talladegha Nights you know what I mean). For those reviewers who just didn't get it, all I can figure is that they either don't understand parody, haven't seen the original series, or just lack a sense of humor. I think that like others, we liked the sequel even better. In both movies, the casting could not have been more perfect and the character portrayals are spot-on by every single one of the actors. But the actor playing Jan clearly steals the show in both of these (whatever happened to her?) Yes it's cheesy but so was the original series, and we just haven't laughed this hard in a movie in a long time. It's also refreshing to find a comedy without swearing and sex that you can watch and enjoy with your (older) kids. But mostly I'm giving it 5 stars for the outstanding comedic performances by the cast. Wish they had made a third!
6 people found this helpful
Report abuse

errin spellingReviewed in the United States on September 1, 2019
5.0 out of 5 starsYou'll see Richard Belzer and I Dream Of Jeanie
Verified purchase
This was the greatest movie. We loved it and it is so funny. They are stuck in the 70's and Marsha is stuck on herself. They go to Hawaii and mix in a whole bunch of Brady Bunch episodes into one film. Even if you don't understand the inside jokes, you will probably love this movie. It has a little bit of everything , including danger. They sing some of the same songs ,they sang on the show. The colors are wonderful.
One person found this helpful
Report abuse

Michael CastReviewed in the United States on May 20, 2014
5.0 out of 5 starsGroovy!
Verified purchase
This movie is cool, in a far out happnin' kinda way!! I loved this 'remake! I watched all the old brady reruns as a kid. I even watched the cartoon version. I think it ran for about a year at the same time as Scooby doo, and Bugs Bunny and the Road Runner...wow. all those years ago. And this Brady spoof was so funny because it came so close to the actual sitcom from the seventys. And the idea of a family stuck in time was just a brilliant concept! Oh, and I still think Marsha is a hottie after all these years. Ha ha ha!
6 people found this helpful
Report abuse
See all reviews
Back to top
Get to Know Us
Make Money with Us
Amazon Payment Products
Let Us Help You
EnglishChoose a language for shopping. United StatesChoose a country/region for shopping.
© 1996-2021, Amazon.com, Inc. or its affiliates