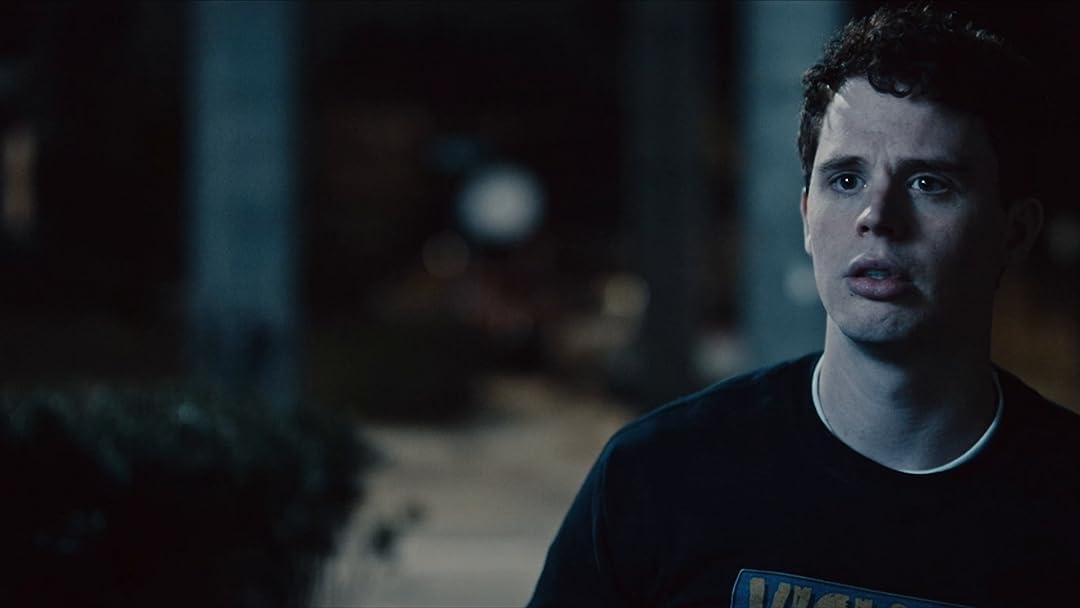 (285)
6.51 h 41 min2021X-RayR
A loser whose life is passing him by accidentally stumbles into a secret underground self-help group for serial killers.

Josh FreemanReviewed in the United States on September 21, 2022
5.0 out of 5 stars
I really enjoyed it
Verified purchase
I really liked the meshing of horror and comedy. Pretty good story line, the actors did a real good job also. I want to find more films like this

SARAHReviewed in the United States on July 27, 2022
4.0 out of 5 stars
Great Fun Movie!
Verified purchase
I Really enjoyed this movie. It kept my attention. It's along the lines of a horror comedy about serial killers. Very cute thinking of purchasing it.

AxedriverReviewed in the United States on July 8, 2022
5.0 out of 5 stars
When your a stalker and you need a womens opinion
Verified purchase
This movie was great. The guy started off as a weird stalker for his roommate. Than discovered his crappy behavior after a room full of adults with worse problems think he is the problem lmao. The big baddie calling him out for even being there was hilarious, cuz he is right, if he wasnt a creepo, the movie would be the kid seeing his roommate crush getting with another dude than him going to bed for the night, roll credits. No, he goes after the guy to stalk him and his intensions for getting a nice bj from chicka. Than the lead chick was hilarious cuz he got clingly with her and acted stupid, she eventually hit him lmao. On top of calling him out consistently for his stalker behavior and very low lvl of respect for others and himself.
Great movie, great concept.

NatalieReviewed in the United States on August 17, 2022
5.0 out of 5 stars
Cool concept, pretty funny, great filming
Verified purchase
This movie isn't super scary but the plot is cool and unique and the comedy is pretty good! The filming was nice and the way they profiled each serial killer was fun.

bugmanReviewed in the United States on September 14, 2021
4.0 out of 5 stars
A Vicious Good Time!
Verified purchase
Vicious Fun (2020). Despite rebelling against it early on account of the insufferable lead who was reminiscent of F13 Part 3's Shelly, this charming little movie kind of won me over with very sturdy performances, clever, occasionally feminist dialogue, and over-the-top practical gore. An annoying and entitled "horror journalist" (boy, do they have fun poking at this idea) unwittingly finds himself in a serial killer 12-Step group meeting deep within the bowels of a nightclub. Various cinematic serial killer archetypes are on tap, though we are treated to pleasant amalgamations of serial killer tropes. There is thinking going on here. Vicious Fun is not trying to deconstruct anything--I think we're long past deconstructing slasher movies--but nor is it trying to recreate them. Director Cody Callahan manages the very neat trick of making something fresh and entertaining, but that is also simply what it is: a funny slasher movie with, yes, some heart. And a lotta blood. The make-ups were very nice. Vicious Fun also gets props for a great soundtrack. They were wise to create their own, rather than mine the depths for affordable 80's music. Steph Copeland's synth score evokes the spirit of the 80's, which is a pleasant change of pace from just getting hit over the head with another Frankie Goes to Hollywood chorus. Interpret for me, don't just regurgitate. Her music is a huge boon to this plucky, violent little movie.
5 people found this helpful

SoissonReviewed in the United States on May 9, 2022
4.0 out of 5 stars
I loved this. I really did!
Verified purchase
My only complaints are: Too long is some parts. Too short in others. And the cops were trying too hard to be stupid. Family Guy and The Simpsons aren't the best "character RESEARCH" points. Seriously, though... These idiots were like Chief Wiggum, Eddie and Lou but, dumber. Hard to imagine, isn't it? Other than the overacting cops, I loved this. A sequel could be cool but, it could also ruin it too.

Danny SolanoReviewed in the United States on May 19, 2022
4.0 out of 5 stars
Nice little homage to slashers
Verified purchase
Love the references to slasher films. Fun movie that doesn't take itself too serious and lives up to its title. Probably not going to scare you though. Being a fan of the genre will definitely help to appreciate this one but it's definitely worth a watch.

The Movie GuyReviewed in the United States on June 22, 2022
3.0 out of 5 stars
Killers anonymous
Verified purchase
The film takes place in 1983. Joel (Evan Marsh) gets drunk at a Chinese restaurant and passes out in the back room. He comes to and finds himself in a serial killer type of support group/retreat mistaken for Phil who was supposed to show up that night. Also at the group is Carrie (Amber Goldfarb) one of the killers, but is really there to kill them.

This was a unique and fun film. The plot was great, but the script was only good. An accountant who dresses up like a clown to kill should have been a great scene, but didn't come across as well as it should have done. I think if Danielle Chuchran played the killer, it would have been a better film. I thought Killers Anonymous was slightly better,

Guide: F-word. No sex or nudity.