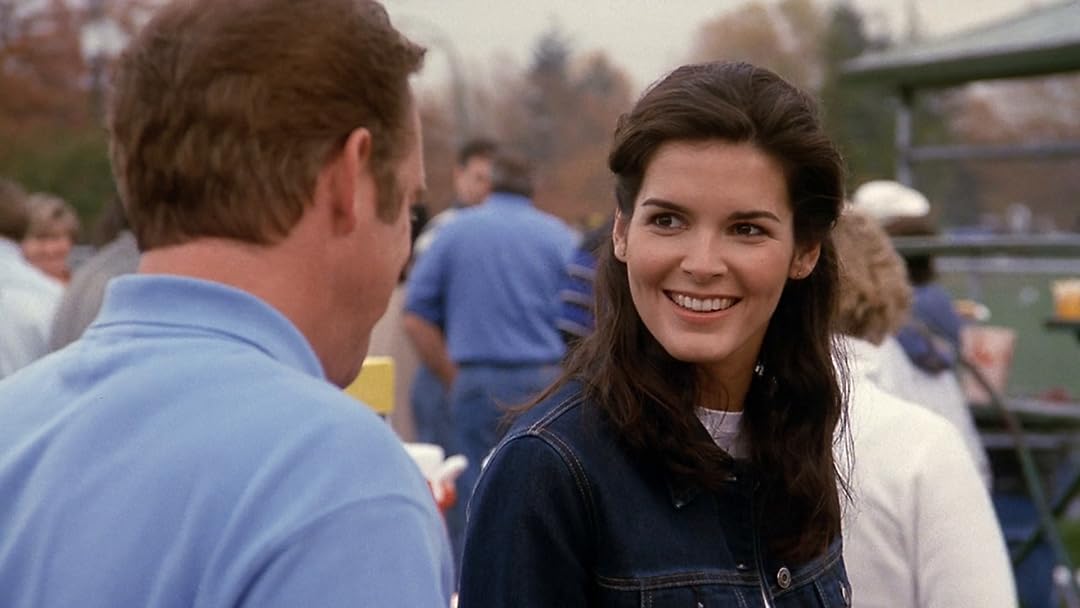 (70)6.01 h 30 min2002NR
A couple moves to a small town and soon discovers that the local church deacon is spying on them via video surveillance. They go to the authorities only to find out that there is no law protecting people from being videotaped in their homes.

Hannah Miriam SteinReviewed in the United States on July 28, 2010
5.0 out of 5 stars
One of the most interesting movies I have ever watched.
Verified purchase
I have no idea how many times I have watched this movie, but I enjoy it every single time that I do watch it. Each time I see this movie I pick up something that I had not noticed before, a fact which makes this movie even more exciting.

Angie Harmon is especially beautiful in this movie. She adds a lot to the movie with her beauty and tremendous acting ability. She has true talent, making the movie even more believable than it already is. All the other actors add a tremendous amount of excitement and believability to the movie through their own efforts and tremendous talents.

I do have to say that the acting pool for "Video Voyeur" is perfect. No better actors could have been chosen to create this movie or to make it the great work that it is. For the talent alone in this movie I would recommend it to anyone old enough to watch it. It is a must! Buy this video if you can, folks! It is definitely worth your time!

MelvinMReviewed in the United States on August 22, 2020
5.0 out of 5 stars
Great Movie
Verified purchase
It was just what i wanted and expected. Very fast service.

IrisElaineReviewed in the United States on October 29, 2019
5.0 out of 5 stars
Something was actually done about the problem
Verified purchase
I love true stories

Rita RexingReviewed in the United States on November 29, 2015
5.0 out of 5 stars
Five Stars
Verified purchase
Delivery on time no problems glad to get this dvd for my collection, angie harmon fan.

T KReviewed in the United States on December 20, 2014
5.0 out of 5 stars
Five Stars
Verified purchase
Good but creepy content. Angie Harmon did a terrific job portraying this role.
One person found this helpful

The Movie GuyReviewed in the United States on April 11, 2015
3.0 out of 5 stars
DEPRESSION MADE ME A PERV
The Wilson family move next door to all around nice guy Steve Glover (Jamey Sheridan) church deacon and handy man. He hangs around and helps and is perhaps a little too fond of Susan Wilson (Angie Harmon). Eventually he develops that Eric Roberts creep to him as he plays his hand too soon. The first rule of peeping Tom is to pretend you know less about the victim than you do. Steve screws up and gets caught. What is fortunate for him is that the law is on his side, although it would seem filming children would come under child pornography even back in the 1990s.

With the advent of micro and cell phone cameras, the voyeur tendency or "visual rape" as it is called has gotten out of control, with people being arrested in shopping malls standing at the escalators. Where does it end when people are given the technology to be voyeurs without being caught?

It is an interesting film to say the least. It opens up a can of worms that society has trouble dealing with, that is, ourselves. Temptation and the ability to do wrong and get away with it will always lead to controversy and trouble.

Parental Guide: Made for TV film. No nudity. Discreet arm/sheet placement and body suit for Susan (you can visibly see a panty line in the shower)
One person found this helpful
See all reviews
Back to top
Get to Know Us
Make Money with Us
Amazon Payment Products
Let Us Help You
EnglishChoose a language for shopping. United StatesChoose a country/region for shopping.
© 1996-2021, Amazon.com, Inc. or its affiliates