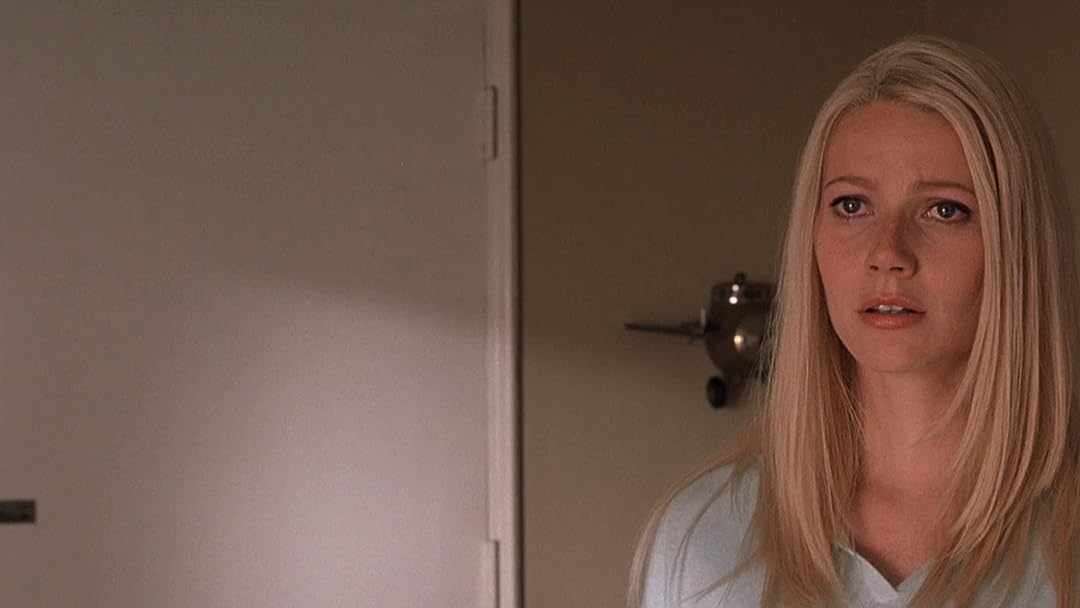 A View From The Top

(1,361)
5.31 h 27 min2003X-RayNR
Academy Award-winning actress Gwyneth Paltrow (SHAKESPEARE IN LOVE, Best Actress, 1998; SHALLOW HAL) stars in this hilarious comedy his about a small-town girl who's about to get a taste of the big-time world!

Butterflymom54Reviewed in the United States on July 31, 2018
5.0 out of 5 stars
A journey for a young woman to recognize her dreams to be a flight attendant
Verified purchase
I genuinely enjoyed this movie. After reading positive reviews, I read a few negative ones. However in my gut, I thought this may fit the bill for a fun movie to watch on my 52nd birthday. I was not disappointed at all. A sweet story about a young woman who is inspired to pursue a career as an airline stewardess by another very successful former Airline Attendant. As she pursues her dream she encounters many issues, a love interest and a back stabbing former friend. However she prevails through each one until she reaches the pinnacle of her successful dream. However this causes her to reflect on what she left behind and wonders if it was worth it. This movie is more funny and uplifting and just fun and sweet than dramatic. It has a love story, friend story and of course the humor of Mike Myers. Ends well and has some cute scenes at the end to enjoy. Good music too. Enjoy!!!!
14 people found this helpful

KEITHReviewed in the United States on March 20, 2022
3.0 out of 5 stars
Happy In Cleveland!
Verified purchase
This film wouldn't work at all, except Donna(Gwenyth Paltrow), and Ted(Mark Ruffalo), know how to make magic. Donna works at Big Lots, and as a retail clerk Gwenyth, as Donna, inaugurates inspiration-our eyes widen and our imaginations open up-a movie going experience. As a working teenager in Nevada, Donna hears intentions and listens to simple instructions. Donna has dreams, and she wants out of Nevada. The question is-in what direction are we going to see Donna excel? Mark Ruffalo, as Ted, also, is an ideal middle class sophisticate; in and out of school, he finally adapts and applies himself to getting a law degree.
All said, in "A View From The Top" there are scenes of luxury first class airline structures when Donna becomes a flight attendant. There is comedy in sketches on flight attendee training. Finally, Donna has realized her dream of becoming a flight attendant on a first class airline-and we believe it. Donna exudes superiority in brief looks, nuanced concerns, and burgeoning expressions of gained experience. There's whimsy and joviality but it doesn't exist to fulfill any purpose, and really, we just linger in a state of mellowness. All I can say is, that when Mark and Donna are together, there is much catharsis biographied. This movie is fraught with class interchanges, passengers next to flight attendants, dreamers and wanna-bees, and expressly, novices and adult workers. To be wrapped up within the sphere of influence of the lead actors/actresses makes one think that, so, so much more, could have been squeezed out of "A View From The Top".

Pia Reviewed in the United States on October 1, 2020
5.0 out of 5 stars
Very cute movie starring Gwyneth Paltrow!
Verified purchase
I absolutely LOVED this movie! I, at one time, attended flight attendant training, so I could really relate to this movie. It's basically a "chick flick" and has a great line-up of some big name stars...Gwyneth Paltrow who was absolutely gorgeous & had her character down to a science, then there is Candice Bergen, awesome & amusing as ever, Rob Lowe, Christina Applegate & the late Kelly Preston ( prior to her untimely death)--just to name a few. Good storyline, nothing real deep--just an entertaining, enjoyable, "feel good" movie! If you love Gwyneth Paltrow, you will LOVE this movie! I highly recommend it! Cute movie!
3 people found this helpful

SWISHdafishReviewed in the United States on December 24, 2019
5.0 out of 5 stars
Read the book!
Verified purchase
I bought the book by British actor/comedian Richard Ayoade, On Top, not knowing it was an in depth analysis of this movie. I read a chapter or two then watched the part of the movie it addressed. It's written in sequence so just pausing and going back and forth works just fine. This book is very well written and makes this movie much more entertaining.
8 people found this helpful

SchoolMomReviewed in the United States on December 25, 2016
5.0 out of 5 stars
Accurate to the Airline Training.. Better than expected!!
Verified purchase
Very cute and surprisingly accurate movie for the training expected of Airline Employees if you research the same training online.. Just ask your You Tube Stewardess!!
..So, yes, there are the required bikini scenes, but she moves up from the tiny town in the Trailer Park when she was a child in her small town... To discovering who she can be as an adult. Charming and engaging characters!! I watched this together with my Daughters who are possibly interested in become an Airline Attendant. A few well known actors and actresses... Not bad!!

..You don't think about the Stewardess as more than a glorified Waitress, But she is actually responsible for your life in an emergency and must be somewhat athletic, intelligent, and super patient with the passengers.

Jennifer ArmstrongReviewed in the United States on April 21, 2021
5.0 out of 5 stars
Great fun romantic comedy with a great cast!
Verified purchase
I loved this movie, the story line, the cast, the location filming, and the message about realizing your dreams may not be in some far off distant place, but closer than you think. Highly recommend this movie!
3 people found this helpful

VARReviewed in the United States on March 29, 2022
4.0 out of 5 stars
A cute chick flick!
Verified purchase
This film won't win awards but Gwneth Paltrow is great as an aspiring flight attendant who wants to rise to the top! Surrounded by a good supporting cast ie. the late Kelly Preston, Christina Applegate and Mark Ruffalo. Grab some popcorn, a cold drink and a curl up on the couch..you will laugh and truly enjoy this film.

Joy KeishianReviewed in the United States on April 24, 2019
5.0 out of 5 stars
A Light Hearted Movie
Verified purchase
This is a fun movie with Gwyneth Paltrow, Candice Bergen and Mike Myers about a small town girl who becomes a flight attendant. As a former flight attendant, I found this movie to be a hoot and I particularly liked the very last scene. =)
5 people found this helpful
See all reviews
Back to top
Get to Know Us
Make Money with Us
Amazon Payment Products
Let Us Help You
EnglishChoose a language for shopping. United StatesChoose a country/region for shopping.
© 1996-2022, Amazon.com, Inc. or its affiliates