The Vig (Dismas Hardy Book 2) and millions of other books are available for Amazon Kindle. Learn more
Share <Embed> 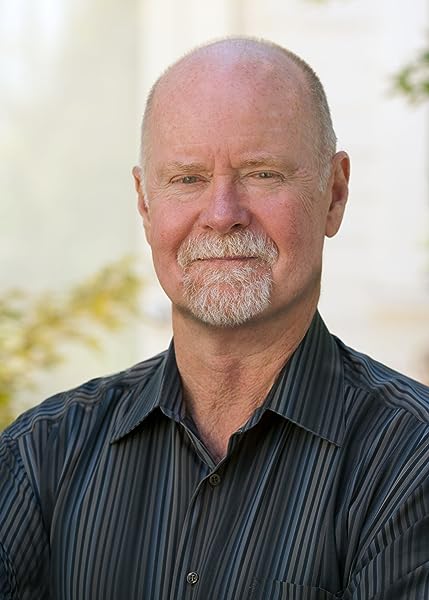 [The Vig] [by: John Lescroart] Paperback

4.2 out of 5 stars 399 ratings
Book 2 of 19: Dismas Hardy
See all formats and editions
Sorry, there was a problem loading this page. Try again.

Page 1 of 1 Start overPage 1 of 1
Previous page
Next page
Start reading The Vig (Dismas Hardy Book 2) on your Kindle in under a minute.

4.2 out of 5 stars
4.2 out of 5
399 global ratings
How are ratings calculated?
To calculate the overall star rating and percentage breakdown by star, we don’t use a simple average. Instead, our system considers things like how recent a review is and if the reviewer bought the item on Amazon. It also analyzes reviews to verify trustworthiness.
Top reviews

Mal Warwick
TOP 500 REVIEWER
4.0 out of 5 stars An excellent beginning to an outstanding series
Reviewed in the United States on March 30, 2017
Verified Purchase
Dismas Hardy’s resumé is a little difficult to understand: former Marine (combat in Vietnam), former San Francisco cop, former Assistant DA, now one-quarter owner of the Shamrock and full-time bartender there. The explanation is simple, though. The events that induced him to leave a promising legal career began when his infant son died as a result of an oversight on his father’s part. Then his marriage dissolved, and there ensued a 10-year period of self-loathing and aimlessness. Dismas had only begun to come back around recently when he was forced to re-use his investigative skills to discover who’d murdered his partner’s brother-in-law. Two years have passed since then. Now, as he nears 40, Dismas is drinking less and has even reconnected with his ex-wife.

Then one day his former office-mate in the DA’s office shows up at the Shamrock to inform him that a man the two of them had helped send to prison for a 13-year term has just gotten out early. And he had sworn to murder both of them. Thus begins The Vig, the second book in the bestselling Dismas Hardy series (now 16 strong) by San Francisco crime novelist John Lescroart.

The Vig is a murder mystery with a large cast of characters and lots of moving parts. In addition to Dismas, there’s Abe Glitsky, the African-American police officer who is his best friend; Abe’s wife, Frannie Cochran; Moses McGuire, Dismas’ partner at the Shamrock; Moses’ widowed sister, Frannie; Rusty Shanahan, the former office-mate; Louis Baker, the murderous ex-con, and three younger criminals who hang around the neighborhood where he’s staying; Dismas’ ex-wife, Jane; loanshark Angelo “the Angel” Tortoni and his thuggish enforcer, Johnny LaGuardia; plus several hangers-on. Lescroart makes the whole thing work beautifully. Despite the large cast and the complicated plot, The Vig isn’t hard to follow. The principal characters emerge whole from the page. Suspense builds. And the novel wraps up with Dismas having emerged much further into the light of day.

The title, The Vig, is puzzling. The word (short for vigorish) is the usurious interest that a loanshark extorts from borrowers on a weekly or monthly basis that typically tie them to him for many years, often making it impossible for them ever to repay the principal. The concept enters the story, but it’s not central. But I guess many readers would find the word intriguing.
Read more
8 people found this helpful
Helpful
Report abuse

John S
VINE VOICE
4.0 out of 5 stars Good early Dismas Hardy book
Reviewed in the United States on May 10, 2018
Verified Purchase
This is the second book in the Dismas Hardy series. While very good its not as good as the later books in the series. Like all the books in this series there are a lot of twists and turns in the plot. The story starts with Hardy tending bar and meeting a former DA associate who tells him an convict they put away is out of prison and is going to kill him and Hardy as he promised when he was convicted. Then a woman is found dead at his associate's home, the associate is missing with clues pointing to his death and then things really get interesting.
Read more
4 people found this helpful
Helpful
Report abuse

Elaine Macko
1.0 out of 5 stars Save your money!
Reviewed in the United States on April 4, 2018
Verified Purchase
You would be hard pressed to find a worse book. By page 46 I had to stop reading or else I would have slit my wrists. Just horrible. I should have been working on writing my own 10th book instead of wasting time reading this crap. I've read others in this series and never realized before what a complete ass the main character is. Save yourself some money and precious time and find another book, or better yet, another author.
Read more
8 people found this helpful
Helpful
Report abuse

Batman
2.0 out of 5 stars Too Many Characters
Reviewed in the United States on March 15, 2021
Verified Purchase
This thing has more people than a 3-ring circus. Who-dat? The constant question thruout this thing. This guy just cannot write a "tight" novel. Tight means a limited cast of characters and an easy-to-follow plot. All the greats did this. You name them: the likes of Hemingway, DH Lawrence, JD Salinger, Wm. Faulkner, W. Somerset Maughan, F. Scott "Honey" Fitzgerald, Jack London, John Steinbeck, Ross Thomas, CS Lewis and, for that matter, even and especially Elmore Leonard and Carl Hiaasen.
Read more
Helpful
Report abuse

KathrynB
4.0 out of 5 stars Great Read
Reviewed in the United States on March 17, 2018
Verified Purchase
This is my second Dismas Hardy book. Didn't realize there were so many in the series. I need to start at the beginning. I started with book three and just finished book two. This book had a lot going on. Maybe too many characters involved in this plot. Too much back and forth between characters. Certainly held my attention and kept me intrigued. Besides enjoying the character of Dismas Hardy I love the setting. Being a Bay Area resident I am very familiar with all landmarks in the city.
Read more
2 people found this helpful
Helpful
Report abuse

Bookzilla
TOP 500 REVIEWER
4.0 out of 5 stars Fast-paced
Reviewed in the United States on February 24, 2019
Verified Purchase
John Lescroart is a must buy, must read author. This stand-alone is easy to follow and difficult to put down. Minor editing errors, no gratuitous violence or drag-you-down drama.

Intriguing storyline with descriptive writing that draws the reader into each scene. Realistic procedures, actions and reactions. Although a major part of the plot is soon apparent, the surrounding characters are their involvement is compelling. Believable characters with distinct personalities. Thought-provoking, informative and occasionally snarky dialogue.

I will re-read this story and always look forward to works by this author.
Read more
One person found this helpful
Helpful
Report abuse

tutset
5.0 out of 5 stars Fun eccentric characters are terrorized when the “evil demon” they convicted is released from jail.
Reviewed in the United States on April 23, 2019
Verified Purchase
The characters are eccentric and as flawed as real people. Not outrageously, noir-time flawed, they are just people. Tragies have altered leaves, but hope remains. I think a lot of that pleasure of the book is in the characters. I did guess the surprise ending very early, but so many alternative explanations were presented that I began to doubt my own! I highly recommend this rather leisurely paced, intellectual book about friendships as much as about murder.
Read more
Helpful
Report abuse

Kindle Customer
3.0 out of 5 stars Ok
Reviewed in the United States on August 21, 2021
Verified Purchase
Quite a few typos in the kindle edition which are kind of distracting. Hardy moves closer to the man he is in later books. The answer to the mystery is pretty obvious but seems over complicated. There were a few unanswered loose ends. .The characters are likeable and strong.
Read more
Helpful
Report abuse
See all reviews

Steve Rose
5.0 out of 5 stars GET TO KNOW J LESCROART
Reviewed in the United Kingdom on January 27, 2016
Verified Purchase
Lescroart is a very talented and imaginative 'crime' writer who seems to be in love with his characters. He is not that well known in the UK, hopefully that will change and he will come to be recognised as one of the modern greats
Read more
Report abuse

Mr J.
5.0 out of 5 stars The vig
Reviewed in the United Kingdom on November 2, 2018
Verified Purchase
Good service, very good book what's not to like?
Read more
Report abuse

CliffW
2.0 out of 5 stars Not my taste in writing
Reviewed in the United Kingdom on March 26, 2016
Verified Purchase
Not my taste in writing
Read more
Report abuse
See all reviews
Back to top
Get to Know Us
Make Money with Us
Amazon Payment Products
Let Us Help You
EnglishChoose a language for shopping. United StatesChoose a country/region for shopping.
© 1996-2022, Amazon.com, Inc. or its affiliates