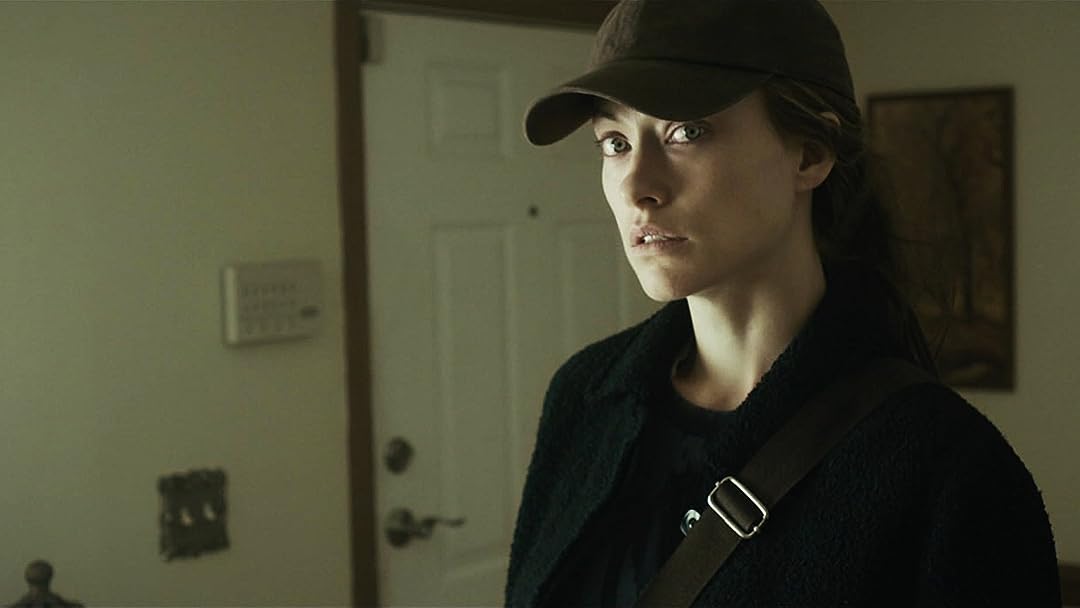 lapisblueReviewed in the United States on April 9, 2019
4.0 out of 5 stars
INCREDIBLY GREAT REAL WORLD SUPER HEROINE here! Fresh take, big topic.
Verified purchase
Look up. It's important. If some of this hasn't happened to you, it's happened to someone you've worked with, someone you grew up with. Your next door neighbor. This movie demonstrates an alternative to suffering further abuse.

I had trouble with the seeming visual bleakness, because I have a secret jones for layered historic period films with mad costumes big sets and, well, all that. But having volunteered in rape crisis counseling and also willing to gamble this film would pick up the pace, I kept watching because I had heard the first part of this story a hundred times told by real women.

Glad I did keep watching. This film delivers. Want to admit that extreme violence is continually committed on women and their children by disturbed to deliberately evil husbands and fathers and boyfriends and men we don't even know? Would you like to watch a woman stepping up and figuring out how to self-train, gain extraordinarily skills anyone relatively fit could master...after years of abuse?

Regard this as fantasy or reality, as justified or not. But face the facts and learn at least how to protect yourself /your kids with what you've got. The legal system is still expensive, slow, and often fails to protect the innocent and the vulnerable, particularly when it comes to violence against women and children.

HIGHLY RECOMMENDED for woman and girls over 15.

FrancescaReviewed in the United States on April 19, 2019
1.0 out of 5 stars
Waste of Time and Money
Verified purchase
I had high hopes for this movie, but it was a terrible disappointment. It would be so satisfying to see the film's idea done well. Domestic violence is pervasive, yet often ignored, in society. What a shame that a topic that usually inspires me was presented in a film that made me want to sleep. The description calls it "electrifying". LMAO !!! More like a a dim bulb. Save your money and watch 2 older movies: "The Burning Bed" and "Extremities", both with Farrah Fawcett.
114 people found this helpful

RaymondReviewed in the United States on April 6, 2019
1.0 out of 5 stars
It was terrible and very very very SLOOooooooooowwww
Verified purchase
DON'T WATCH ! Seriously, love the premise ! Super bad execution of a great idea. Very sad... the ONLY action in the movie is i. The Trailer, and then in the first minute of the movie. Seriously, I'm not exaggerating. We thought it would be good, because the female "Equalizer " and the directors was promising. NOPE !
107 people found this helpful

Kindle CustomerReviewed in the United States on April 7, 2019
1.0 out of 5 stars
Just No
Verified purchase
Sorry to say nothing to like about this movie. No Vigilante action at all. The entire movie was Olivia Wilde crying or breathing heavy. Almost every scene was crying or panting for three to 5 minutes. Cut that out and the movie could be over in 30 minutes. Really wanted to like it as I like Olivia Wilde and she was good but the story line was flat and boring. Zero suspense.
105 people found this helpful

SKReviewed in the United States on April 9, 2019
1.0 out of 5 stars
Sucky Suckerson
Verified purchase
Absolutely a stinker!! I love Olivia Wilde and tho she did a pretty good job on this movie I feel it was all wasted talent. Keep your 3 stars Amazon, someone is fudging the books. From me it gets 1 star only because there is no 0 star option...I want my 6.99 back.
80 people found this helpful

Amazon CustomerReviewed in the United States on April 20, 2019
1.0 out of 5 stars
Disappointed at this movie
Verified purchase
I know they want to tell a story but they didn’t tell it well....there’s more questions than answers...a lot of prolonged scene of dancing, wailing or crying.... it’s like the editor made a mistake editing cause I cannot tell if I’m watching a memory or the now scene....it’s all jumbled up another thing, she physically could take care of herself but they made her weak when her abusive husband found her to create a suspenseful scene it didn’t work because I ended up skipping it right to the end ....I should’ve listened to the bad reviews. Can I get a refund?
64 people found this helpful

JoshuaJReviewed in the United States on April 7, 2019
1.0 out of 5 stars
Unfortunate waste of almost two hours.
Verified purchase
By the many story holes and the fact it was so disjointed I assumed the writer and director were one in the same. I was right.
In my opinion one of the worst movies I’ve seen in years.
71 people found this helpful

LizzieWReviewed in the United States on August 14, 2019
5.0 out of 5 stars
I Also See The Trucks Coming Too Often
Verified purchase
It's clear from reading the negative reviews that the disappointed people have no regard for domestic violence or they are ignorant and immature.
One poster commented on how jumbled up the movie seemed. I would bet that this was done deliberately to illustrate how complex, covert and jumbled up an abusive relationship can actually be. Most victims of abuse don't even realize they are being abused until it's too late. Someone who has never been abused will not understand how this happens. Strong women and men from all backgrounds get abused every day by angry narcissistic predators that idealize them in the beginning and turn on them once they have them under their control.
This is a dark, very sad movie about a dark sad reality for so many people today. If you think it's as simple as leaving, calling the authorities, finding a lawyer or going to a shelter, think again. The system is dysfunctional and abusive and doesn't regard all abuse equally and they are slow to respond even when there are obvious physical scars. Protective orders do nothing to protect the victim. We are often isolated, alone and so cognitively impaired from living in fear 24/7 that we can't make decisions about anything in the future.
Anyone reading this that is a victim of domestic violence, please don't give up. Find someone to trust and help you. I know it's hard and it takes time. It's difficult in this day and culture to find anyone we can trust but there are good people who want to help. DOn't be afraid to ask for it and take the most courageous first step toward safety, love and freedom.
42 people found this helpful
See all reviews
Back to top
Get to Know Us
Make Money with Us
Amazon Payment Products
Let Us Help You
EnglishChoose a language for shopping. United StatesChoose a country/region for shopping.
© 1996-2021, Amazon.com, Inc. or its affiliates