Viking Blood and Blade and millions of other books are available for Amazon Kindle. Learn more 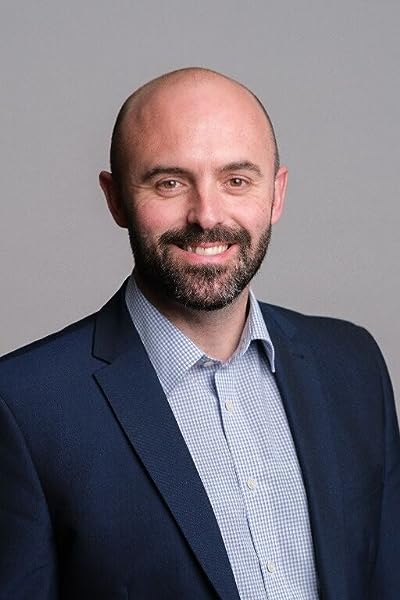 by Peter Gibbons (Author)
4.5 out of 5 stars 253 ratings
Book 1 of 2: The Viking Blood and Blade Saga
See all formats and editions
Sorry, there was a problem loading this page. Try again.

If you like Bernard Cornwell, Conn Iggulden, Simon Scarrow, David Gemmell and Giles Kristian, you will love this epic Viking adventure, packed with battles, treachery, blood and gore.

865 AD. The fierce Vikings stormed onto Saxon soil hungry for spoils, conquest, and vengeance for the death of Ragnar Lothbrok.

Hundr, a Northman with a dog's name... a crew of battle hardened warriors... and Ivar the Boneless.

Amidst the invasion of Saxon England by the sons of Ragnar Lothbrok, Hundr joins a crew of Viking warriors under the command of Einar the Brawler. Hundr fights to forge a warriors reputation under the glare of Ivar and his equally fearsome brothers, but to do that he must battle the Saxons and treachery from within the Viking army itself...

Hundr must navigate the invasion, survive brutal attacks, and find his place in the vicious world of the Vikings in this fast paced adventure with memorable characters.

"Viking blood and blade is a novel that I would recommend to anyone who is a fan of historical fiction or Norse culture. It is a well-written story, with great characters, an intriguing plot, plenty of action and twists."  -- Reedsy Reviews

Start reading Viking Blood and Blade on your Kindle in under a minute.

I am an author based in Kildare Ireland, with a passion for Historical Fiction, Fantasy, Science Fiction, and of course writing! I will be adding short stories which I hope people enjoy, along with full length novels in my favourite genres. You can visit my own website at www.petermgibbons.com

4.5 out of 5 stars
4.5 out of 5
253 global ratings
How are ratings calculated?
To calculate the overall star rating and percentage breakdown by star, we don’t use a simple average. Instead, our system considers things like how recent a review is and if the reviewer bought the item on Amazon. It also analyzes reviews to verify trustworthiness.
Top reviews

No one
4.0 out of 5 stars it’s certainly engaging…but…
Reviewed in the United States on November 28, 2021
Verified Purchase
…this Dog character is definitely someone with whom I have a problem with his personality, as written. Headstrong, someone who has some strong attributes, yet has a total and complete lack of judgement of human character. He also dwells in fakery and deceit, definite no-no’s for any sane person to avoid like the plague.

This trait appears to be shared by the author. Hidden agreements between characters whose existence is carefully kept from the reader until the author springs it on you and this ‘situation’ tends to change huge directions in the plot line. In the last dozen pages the ultimate surprise major change in plot line, absolutely caused me to throw down my kindle and walk away from it for several days before finally reading the last handful of pages. And there were several other like situations if a minor chord earlier .

The character Hundr (Dog) is selfish, whinny, deceitful, narcissistic and at times purely dopey. It’s hard to believe he has ‘skills,’ that come to the fore at various times.

Very annoying are the repeated grammatical errors and word usage that makes reading the potentially 5-star book, very difficult for me. Who is editing this? Fire them and get someone else for the follow on book.

Additional problems for me:
Use of 20th and 21st British English language idiomatic phrases that have no business coming out of people in the 9th century (bloody as an adjective, and many, many others);
Pages and pages of descriptive prose that don’t really move along the plot but act more of filler like that of 19th century writers paid by the word.
Totally crazy geographical errors. Example; at the end as the Viking ship travels “upstream” to reach the open ocean and the Whale Road. Even neophytes know you travel downstream to the ocean, and ‘up’ and ‘down’ have nothing to do with traveling geographically north, south, east, or west in the present rules of our planetary physicality.

I will read Book 2, at least until I am gob-smacked in the face with similar difficulties.
Read more
Helpful
Report abuse

JS
5.0 out of 5 stars Great story
Reviewed in the United States on September 14, 2021
Verified Purchase
Loved this book. Picked it quickly after some other books dissappointed, no regrets. This one was well written, characters developed nicely and with a believable mix of faults and skills. Also, kudos to the editor and proofers. It is surprising how sloppy some authors are and how much those errors can jar a reader right out of the story.
Read more
One person found this helpful
Helpful
Report abuse

Alice Ceballos
HALL OF FAMETOP 10 REVIEWER
3.0 out of 5 stars Unrealistic
Reviewed in the United States on November 23, 2021
Verified Purchase
The book is just not believeable. Its too much made up fiction for me and just out of my realm . Not normally a viking person but thought id give it a try. I didn't read much before I gave up.
Read more
Helpful
Report abuse

Kindle Customer
5.0 out of 5 stars Viking Blood And Blade
Reviewed in the United States on October 26, 2021
Verified Purchase
A great read non-stop action. Plenty of descriptive violence. A believable story of the saxons and Viking warring. I highly recommend this book.
Read more
Helpful
Report abuse

Patricia A Pletzer
5.0 out of 5 stars Great adventure
Reviewed in the United States on September 11, 2021
Verified Purchase
Interesting story line with lots of intrigue as well as blood and gore. Well written, can picture every scene. Worth reading.
Read more
Helpful
Report abuse

Akaijen
5.0 out of 5 stars Decent story
Reviewed in the United States on October 29, 2021
Verified Purchase
Good yarn. Keeps it interesting. Hope there are some sequels in the future. Some twists and turns. Minimum word threshold met.
Read more
Helpful
Report abuse

David B.
5.0 out of 5 stars Love Viking stories
Reviewed in the United States on September 10, 2021
Verified Purchase
This is filled with men and women of honor and strength. If you like stories of the old world, this book is for you.
Read more
Helpful
Report abuse

nathan
4.0 out of 5 stars Excellent Novel
Reviewed in the United States on November 6, 2021
Verified Purchase
A great tale, spun from the eyes of one of the lowest… or so we are led to believe. Our hero has an advantage, one he keeps secret until it’s needed. And it will be needed!
Read more
Helpful
Report abuse
See all reviews

S Evans
5.0 out of 5 stars Could not put this book down
Reviewed in the United Kingdom on November 15, 2021
Verified Purchase
Excellent book if your into Viking sagas , great characters with known reputations .Set in the north around York . Good against evil with a princess thrown in for political reasons and a young hero who saved a legend .
Read more
Report abuse

Gemma
5.0 out of 5 stars Superb novel
Reviewed in the United Kingdom on August 21, 2021
Verified Purchase
As someone who loves Viking history I thoroughly enjoyed this book and couldn’t put it down! A fantastic fast-paced novel that fully immersed me into the world of the vikings. Highly recommended.
Read more
2 people found this helpful
Report abuse

Amazon Customer
5.0 out of 5 stars Brilliant
Reviewed in the United Kingdom on September 29, 2021
Verified Purchase
Engrossed from page one. Action packed throughout the book. Brilliant storyline. One of the best viking books that I have ever read. There must be a book two!
Read more
Report abuse

Kindle Customer
4.0 out of 5 stars Excellent action from the first page
Reviewed in the United Kingdom on October 14, 2021
Verified Purchase
The only reason that I did not give this five stars I just thought it really needed a proper villain but still one of the best I have read in ages
Read more
Report abuse
See all reviews