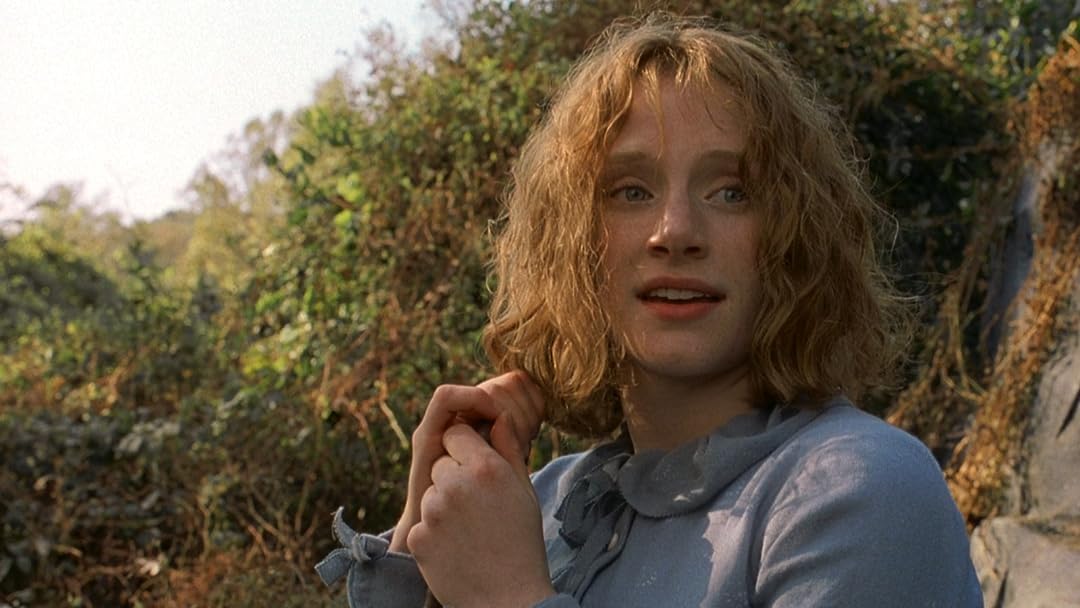 CrankReviewed in the United States on February 11, 2022
4.0 out of 5 stars
Honestly, I have no idea why this movie was panned.
Verified purchase
I finally watched The Village. After hearing so much about it I never saw the reason to get to it. Too much criticism, too much media, and it turns out much of it was bollocks. Now, I am no Shyamalan shill, he's made some great films and some poor ones, but I WISH something like Signs had the subtly of this film. That is the film that deserved its criticism. It too could have been great, but Signs was a farce and a horrific affair after the first 30 minutes. I thought this film here was going to go the same way. I was completely wrong.

I am not sure what I expected, but this film is a gem. It's not perfect of course, but the actors assembled here are absolutely amazing, and in fact this is pound for pound one of the best out there as far as casting goes. I think the writing while a bit hokey in places is surprisingly solid and resolute with a great knack for empathy and humanism at its core.

The horror is not played out too long, and there really is no surprise ending all told. The details are given well before the actual end of the film, and I have no idea again why this is lumped in with the surprise ending twists of other films.

Both The Sixth Sense and Unbreakable waited longer to reveal their final ideas, or at least they weren't quite hinting as much as this one does before the twist is shown. Overall, The Village is very balanced. I have already seen some literature of recent note that is reinterpreting the criticism that was once leveled at this film. It's absolutely not anything truthful. I never once thought this film was fake, pointless, or too far off the path of realism.

Sure, you have to imagine a couple things might not be 100% accurate to our society, but overall nothing here is that out of this world at all. In fact, The Village remains quite grounded and lets the actors do what they need to do. The latter half has some of the best scenes in any of M. Night's films, and quite honestly everybody should give this film a watch.

Back when it was released I remember how derided it was in certain circles, but I have to be honest here, I think Signs is the film that made everybody dislike the director despite the weirdness of being nearly double the rating on Rotten Tomatoes. I have no idea why. Signs is everything bad about M. Night yet it gets a pass as better than average. THAT film was hokey trash that had an amazing first 30m before all the lights blew out and the stage curtains fell down. This one is a resoundingly good picture with quality acting and direction. A shame that film had to bleed into this one. Give this one a shot.

I can't really vouch for his films after this as I haven't seen them, and I have a hunch they probably are not as good as this one. So this is a great place to start if you aren't familiar with his work. The Sixth Sense, Unbreakable, and The Village all remain extremely high-quality films.

MargsReviewed in the United States on November 7, 2022
5.0 out of 5 stars
A MUST see
Verified purchase
Love this movie, have seen it many times. Always great!

LaurenReviewed in the United States on July 2, 2022
4.0 out of 5 stars
Great movie
Verified purchase
Love this movie, have watched it several times and always enjoy. The only reason I didn’t give 5 stars is because of M. Night’s cameo scene.

Lisa MasonReviewed in the United States on September 6, 2022
5.0 out of 5 stars
Food movie
Verified purchase
Instant download and just as described. Good movie with a twist. Make sure you wear red when you watch it.
One person found this helpful

a writerReviewed in the United States on December 27, 2005
4.0 out of 5 stars
Should be taken on its own merits
Verified purchase
"The Village" takes people in different ways; some found it intriguing, others hated it for a surprise ending that seemed borrowed or transparent. I was surprised at the revelations at the film's end, and enjoyed the whole premise, because the director has crafted a complete and atmospheric setting that appeals to someone willing to think a little bit.

Whether or not one sees the plot-twist coming, it's no great fault to ask the question: is the idea of a community in the pastoral embrace of nineteenth century America, with its formal speech and folksy traditions, a worthwhile pursuit in a bewildering, modern time? Moviegoers do not question whether the worlds of Lucas or Tolkien can actually exist - they accept the idea and enjoy the details. Similarily, M. Night Shyamalan asks us to think about how our society (or any society) holds itself together for the benefit of all. In the village, people abide by customs that define conduct and action. There exist contrivances to sustain people's beliefs and adherence to custom - as there are in any society. So whether or not the menace surrounding the village is real, the larger point is that people make degrees of sacrifices to keep what is good in their lives.

A good film can, in the right way, stimulate questions long after the closing credits have rolled. Some viewers questioned how it was that the villagers could create a world without modern conveniences, even asking how the talismanic yellow hoods were manufactured without advanced textiles. Interesting questions, but completely beside the point. One should ask, would the village "evolve," as all societies do? Or, how would the elders reveal to their descendants the secret that keeps the village intact? Perhaps, after all the angles are examined, the best way to view "The Village" is as a set-piece, existing in time and yet timeless.

The acting is fine overall. I think that William Hurt excels at this sort of restrained, yet passionate character. Joaquin Phoenix proves that he can dial into a deep reservoir of emotion without resorting to hysterics. Adrian Brody is excellent as the disturbed young man whose eccentricities redefine the term "village idiot." The best acting comes from Bryce Dallas Howard, whose subtlety and emotion hints at even better work to come. The dialog, contrary to some opinions, is part of what makes this village world work. People have more time for talking (absent TV!) and so make their thoughts known in a way that seems quaint to our ears. But we once did speak in these slow, restrained and simpler ways; just peruse any of Lincoln's writings, or Whitman's poetry. The writing and rationale for "The Village" isn't an attempt to make the past seem familiar (like British accents for Roman spectacles); it's a conscious decision to remake thought and life based on long-ago abandoned values.
8 people found this helpful

SusanReviewed in the United States on August 7, 2022
5.0 out of 5 stars
Intriguing
Verified purchase
I watched the movie on tv and just had to have it. I know some gave it a bad review but I really enjoyed the suspense of it. Never expected the ended to be what it was. Definitely a good movie.
One person found this helpful

Henry D.Reviewed in the United States on May 19, 2022
4.0 out of 5 stars
The Village
Verified purchase
Bryce Dallas Howard and multiple other well known actors and an unusual story make this a good buy. The sound track was nominated for an Academy Award. I bought the CD too. RECOMMENDED.
One person found this helpful
See all reviews
Back to top
Get to Know Us
Make Money with Us
Amazon Payment Products
Let Us Help You
EnglishChoose a language for shopping. United StatesChoose a country/region for shopping.
© 1996-2022, Amazon.com, Inc. or its affiliates