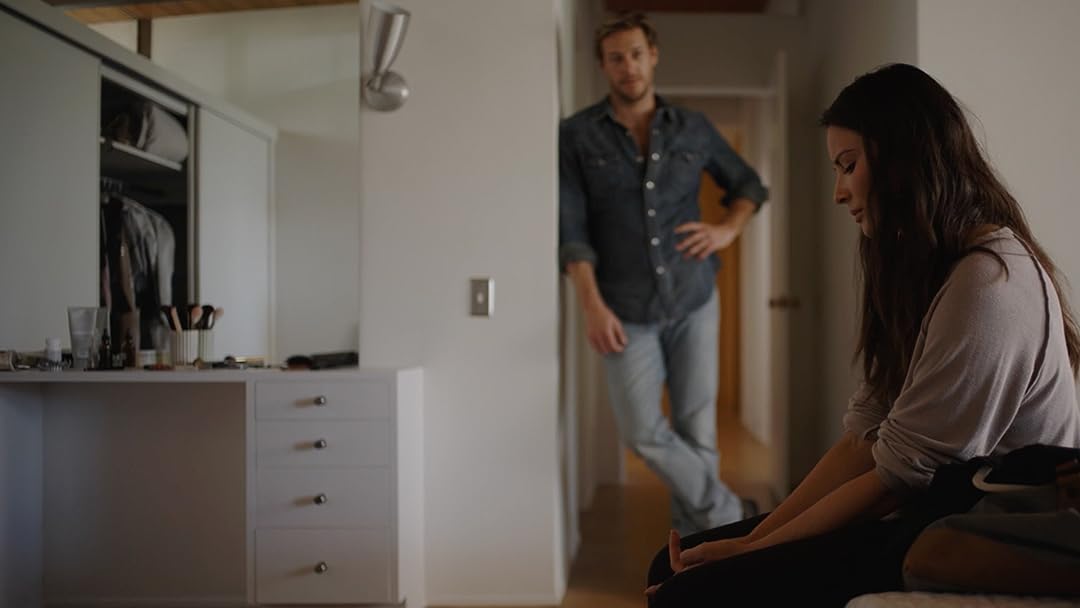 (510)
5.81 h 32 min2021UHDR
A young film executive (Olivia Munn) must learn to reject her relentlessly negative inner voice to regain control over her life and become her true self.

solfulbrowneyezReviewed in the United States on November 14, 2021
5.0 out of 5 stars
Head space
Verified purchase
I think this movie is a great tool for humans to examine the way we think about ourselves. Many are so concerned with how others see us that we're actually poisoning our mind with the negative thoughts we feed ourselves. The movie teaches us that at any given moment we can reframe the way we think.
12 people found this helpful

Amazon CustomerReviewed in the United States on November 14, 2021
4.0 out of 5 stars
More people than you think go through this same struggle.
Verified purchase
Not a whole lot of substance to the actual plot and acting, but the principle was spot on. The conflicting written and verbalized thoughts exposed what many people struggle with in their lives. This hit home as a mother of an overthinker who recently had a mental breakdown and was hospitalized. We have to learn to let the negative thoughts come through but acknowledge that they are not rationale. Good job Justine Bateman.
6 people found this helpful

Robert HayesReviewed in the United States on December 12, 2021
3.0 out of 5 stars
Tried way too hard
Verified purchase
"I'm going over that line." There, saved you 90 minutes.

In all seriousness, this was quite impressive for a debut film. Olivia Munn was great in the title role, and this probably the best thing she's ever done. However, and this is a big caveat, the style nearly chokes the story being told, what with a critical inner voice, inner thoughts written out on screen, and a hyperactive editing style. It all was a little much, to be honest. I wouldn't be surprised if Justine Bateman was an overachiever in school. And thematically, I think the film is hurt by its complete lack of subtlety. While line-crossing does have its place, life is more about finding harmony and balance. They say to write what you know, but I think a more effective, nuanced film could have been made were it not set in the world of Hollywood and the movie business. Probably won't watch this again, but I am interested in seeing Bateman's follow-up.

Kindle CustomerReviewed in the United States on May 25, 2022
5.0 out of 5 stars
WHAT?! SERIOUSLY!!! What did I just watch?
Verified purchase
This is a film... A film in the sense of, “captured on film.”

What was captured?... Depth, subtleties, strength, courage, bravery, and empowerment. Oh, and beauty… Ohhh such beauty... It was a beautiful, moving film.

This is a literal work of art, a masterpiece of human consciousness. The depth and subtleties show the very strength, courage, and bravery it takes to climb the mountain of the human psyche. Only to find oneself feeling the empowerment of having done so. Miss Oliva Munn was phenomenal, hat’s off to you.

This was truly and utterly, not only a pleasure, but an honor to have watched.

Thank you to all that participated in the making of this film. Thank you!

What can be said about the reviews that were less than pleasing? Well, it’s likely the film simply didn’t connect. If you’re interested, give it a chance. If not, that is okay too.

Free RedrickReviewed in the United States on November 17, 2021
1.0 out of 5 stars
Trash movie makes light of mental illness
Verified purchase
The movie presents clear auditory and visual hallucinations. If you've got pervasive auditory hallucinations see a doctor. The answer isn't just disobey the voices. This movie had promise until I realized that the point wasn't that she struggled with mental illness but simply she's a woman facing adversity... Garbage. Anybody with mental illness, avoid this movie. It's a big middle finger to real illness
4 people found this helpful

Rick SmithReviewed in the United States on November 29, 2021
4.0 out of 5 stars
The Committee in your mind...
Verified purchase
Great idea. One that needs to be explored a lot more. Almost carried it off in this film. The environment is the film industry which I can relate to. And the committee in your head is something I can relate to. It needed a bigger punch or reward at the end. It didn't have it because it Violets change came to quick. Please watch the movie until the very, very end. The take away for me and a lot of people is the "opposite action" works!! Bottom line: a lifetime of trauma doesn't get fixed in in the amount of time passes in the film.
One person found this helpful

joel wingReviewed in the United States on May 19, 2022
4.0 out of 5 stars
1 of a kind movie on the fractured psche of Violet
Verified purchase
Paranoia, insecurity, schizophrenia. That’s what Violet deals with as we get to see all the things going on in Olivia Munn’s mind. There are words projected onto the screen. Things turn red when she gets mad. You hear the voice in her head. She calls it “The Committee.” You can feel the pressure and madness going on inside her. It’s pretty impressive. The dilemma of course is whether she can overcome herself. It’s a one of kind movie that should be seen.

Gabriel ❤️Reviewed in the United States on January 6, 2022
1.0 out of 5 stars
NOT ENJOYABLE AT ALL
Verified purchase
This movie is very depressing ...This is a movie where I found myself wanting to SHOUT at the screen, LADY GET SOME HELP, get to a woman support group, see a psychiatrist, see a psychologist, get to group therapy, do something, but DEAL with your issues!!! 5 THUMBS DOWN, NOT RECOMMENDED, I don't know why anybody would want to watch somebody have problems, that they COULD DEAL WITH, but don't. Ee all have enough problems of our own, we don't need to watch somebody else's!
One person found this helpful
See all reviews
Back to top
Get to Know Us
Make Money with Us
Amazon Payment Products
Let Us Help You
EnglishChoose a language for shopping. United StatesChoose a country/region for shopping.
© 1996-2022, Amazon.com, Inc. or its affiliates