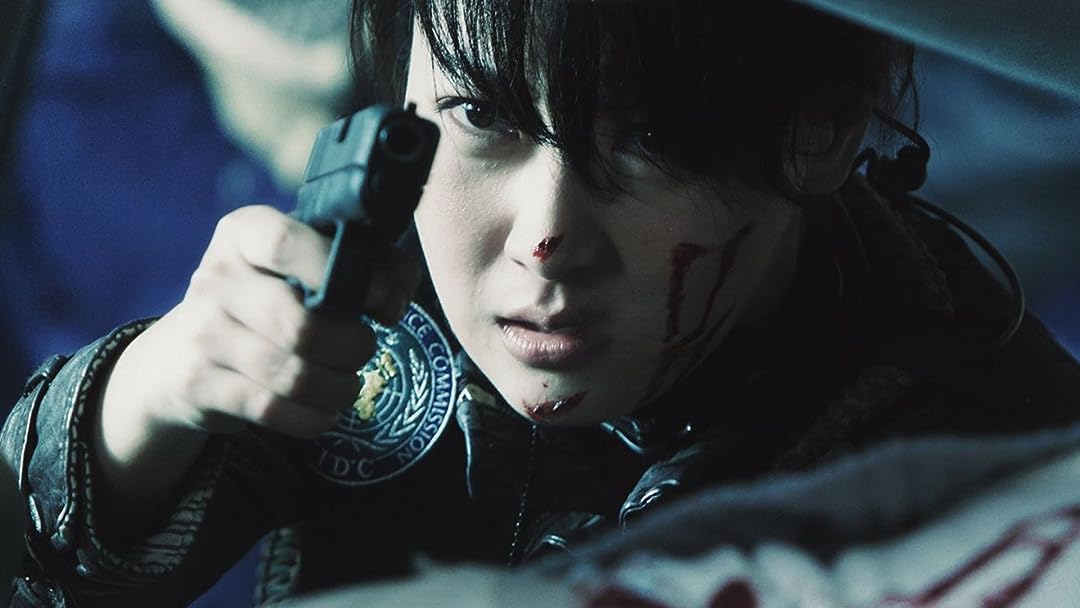 (55)
5.92 h 2 min201213+
In this Hong Kong action film, directed by auteur Dante Lam, security affairs officer Jon seeks revenge after an operation leaves him for dead. When a mission to protect a scientist goes horribly wrong, Jon is left for dead. Was Jon betrayed by a member of his own team?

Thoughtful ConsumerReviewed in the United States on September 16, 2020
2.0 out of 5 stars
Lots of Action, but Nonsense Story (Plot was ok); Watch if you got time to waste
Verified purchase
Some movies have great plot, story, action, and interesting ending. This is not one of those movies. The plot or premise is unimaginative, but it's ok, not terrible. Spoiler warning. Basically, ex-special forces guy gets shot in the head, and has 2-3 weeks to live until he's completely paralyzed. He's shot due to transporting a scientist who's illegally developing a weaponized small pox virus. Long story short, he want to reunite with his long lost father and brother, and his brother just happens to be a criminal. Not an ordinary criminal, but one who has no qualms killing both cops and civilians via shooting, bombings, and running the over by car. Special forces brother meets criminal brother, and they both kidnap female scientist who can develop a vaccine. Criminal brother becomes good, to save his daughter who got infected. Female scientist develops vaccine but is killed. Special forces brother gets killed. Criminal brother and daughter go visit his long lost mother in China, and apparently doesn't serve any time for killing probably 20 people directly, and another 50 people indirectly (via his goons/ex-crime gang/terrorists).

pcsnakeReviewed in the United States on October 13, 2018
4.0 out of 5 stars
pleasant surprise. good action but also plot and drama
Verified purchase
I was surprised by this movie. There was lots of action that I expected. But there was
also a plot, eve a sub plot, and plenty of drama. Certainly interesting enough. They didn't
mess the science of the virus up too much although it certainly was not correct by a long shot
and even got a little silly. There were too many coincidences that asked too much of credulity and
stretched it far beyond the breaking point. But even then the good outweighs the bad so 4 stars.

Caroline D.Reviewed in the United States on December 7, 2019
4.0 out of 5 stars
C'cest la vie!
Verified purchase
When the law enforcement join force with the villain, it takes more than courage to win the battle against evils. So many people died not knowing what they were fighting for. They were just passers-by in others drama. Make the right choices for our own life.

Jeremy O'DwyerReviewed in the United States on January 31, 2016
3.0 out of 5 stars
I usually enjoy this kind of thing
Verified purchase
I usually enjoy this kind of thing. The action itself is very good and while the story requires lots of coincidences that's usually something that doesn't bother me. Unfortunately there is lots of melodrama to the extent that it seems like someone is crying or on the verge of crying every 10 minutes. If you can overlook that then there is still stuff you might find enjoyable in this movie and it's probably worth a look.
One person found this helpful

3fingermacReviewed in the United States on June 17, 2016
1.0 out of 5 stars
NO SPEECH TO CAPRION SYNC, TRY NETFLIX
Verified purchase
ANOTHER NO SYN , SPEECH TO CAPTIONS, 1ST 20 MINUTES OR SO LOOKED GOOD, AFTER THAT COULDNT KEEP UP W/ IT, WAS FREE ON NETFLIX, CK IT OUT, WORTH WATCHING , JUST DESN'T STREAM PROPERLY HERE

AngloSaxonReviewed in the United States on December 1, 2019
5.0 out of 5 stars
better than most american action
Verified purchase
High budget. they spent 200 million on this movie. it shows. great cinematography. Better than most american action films.
See all reviews
Back to top
Get to Know Us
Make Money with Us
Amazon Payment Products
Let Us Help You
EnglishChoose a language for shopping. United StatesChoose a country/region for shopping.
© 1996-2021, Amazon.com, Inc. or its affiliates