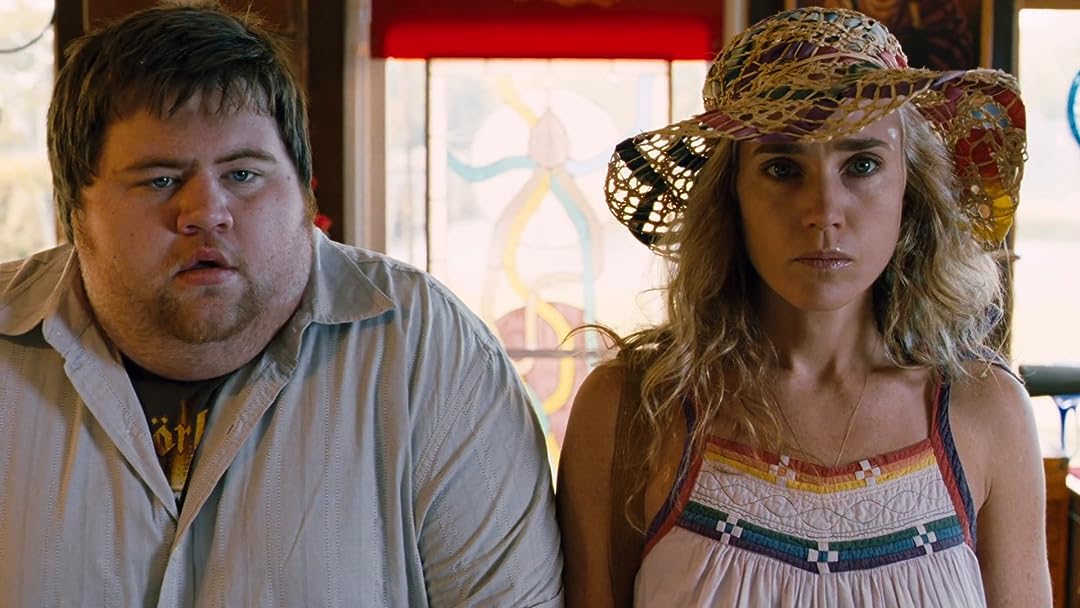 (107)5.51 h 51 min2012X-RayR
A single mother struggles to raise her son Emmett while dreaming of escaping her small Southern boardwalk town. Her long time affair with the very married, Mormon Sheriff Richard Tipton is thrown into question when he decides to run for public office. Things are further complicated when Emmett begins a romantic relationship with Tipton's daughter.

deeReviewed in the United States on May 23, 2020
2.0 out of 5 stars
Huh?
Verified purchase
I'm feeling generous in these times when we all need home entertainment, but what was that? Offbeat, I'm sometimes in the mood for, but this movie made so little sense and seemed so disconnected from reality that I have to wonder if the writer/director has ever spent time in this country. Virginia had zero charm or likability as a character and Jennifer Connelly seems hell bent on becoming the most pretentious, annoying actress on the planet. Maybe we should applaud her raw ambition.
8 people found this helpful

TBReviewed in the United States on April 5, 2020
2.0 out of 5 stars
confusing
Verified purchase
It had its interesting moments, but I didnt get the ending that was a repeat of the beginning of the film, but different. She was alive and well in the beginning of the film in the opening scenes, and then in the repeat scene at the end shes dead, until shes in the car then shes alive again in the back seat talking to the black guy? huh? I just wasnt that interested to research it later.
7 people found this helpful

SueyReviewed in the United States on May 26, 2021
5.0 out of 5 stars
Hesitate from other reviewers but thoroughly enjoyed the movie and acting.
Verified purchase
Other reviews had me hesitate but I really enjoyed this movie. It reminds me of many of the independent black comedy movies with a sense of nostalgia of small town USA. The cinematography reminded me of a graphic novel in some ways. Connelly acts wonderfully playing a loving single mother with obvious mental illness but no less charming, and is partnered with her precocious and devoted son, Emmett.

I will say you do need to be paying attention and follow along, and use a little logic in the story line (much like an independent movie) because the movie does bounce a tiny bit from character to character. Not something you can just walk away from, not that I ever wanted to.

I can sorta get a glimpse at Dustin Lance Black's personal experience with being homosexual and Mormon in an artistic and comical manner. Hard to explain, I suppose... You'll have to watch it.

All and all, I thought it was a charming movie, not life changing but really good and worth the watch.

Lawrence RobertsReviewed in the United States on October 6, 2021
4.0 out of 5 stars
I did not know whether to laugh or cry, but, crying seems more appropriate
Verified purchase
I gave it 4 stars because I thought the acting by the three main leads was great. I thought the storyline had great possibilities, but seemed to trip over itself. The characters are trapped by the mechanisms of social oppression of today - misogynism, unfettered power of law enforcement, corruption in politics, the protection of the self righteousness and danger of fundamental religion, and simply the power of local community gossip and judgment. Yet, not a one of these themes is adequately explored. They all kind of coalesce into a situation of hopelessness for every character in the movie. And, perhaps, that is a powerful and real message for our society today - it seems increasingly likely that is the future of American society. And that message of today's realism, as undesirable as it may be, is also likely to be more truthful than undesirable. I encourage you to watch it and to make your own opinion. I saw it as a very realistic condemnation of our flawed and failing society, despite some very great artistic and mechanical failures in the movie. I wish I had seen some hope at the end. But... that was/is the realism in its message - I fear. I encourage you to watch it. You may find something different.

Mama DearestReviewed in the United States on January 22, 2021
3.0 out of 5 stars
Good Movie
Verified purchase
It's so nice to see a 38 year married Hollywood couple STILL married working together as with Madigan and Harris. I really liked this movie. It is very heart feeling, not heart warming or endearing, in fact it's very much feelings of sadness, anger and empathy. Sadness for the son who has a mentally ill mother. Sadness for the mother who is so mentally ill she can't even stick to reality. Angry the police are always the same in real life as portrayed in the movies. Angry the Harris character was of so little morals. Dirty in every way. Empathy for his wife who truly believed in her husband until she didn't then you're left with feeling sad for her too. A few reviews commented they didn't understand the movie and or found it boring, that's unfortunate because if they'd paid attention they'd found this was a deep human interest movie with rich characters. I loved Jennifer in her role. She acted so well you immediately feel for her and her situation and illnesses. Because of her brilliant acting I never once felt dislike or blame towards the struggling mother because immediately you realize she's out of touch. So much dislike and blame went to the sheriff for his power of abuse and how he used a mentally ill woman for his own perverted pleasure. And for how he mistreated the womans son, snubbing his nose to both of them. Very emotional movie and well made.
3 people found this helpful

HydraReviewed in the United States on August 16, 2021
5.0 out of 5 stars
an undiscovered gem
Verified purchase
Great performance by Connelly . This movie is ignored because it is anything but politically correct. It makes one realize how many films are popular for no other reason except to make some movie demographic feel better. It is a portrait of a time and a place that appeals to no one.
2 people found this helpful

MpennloweReviewed in the United States on October 14, 2021
4.0 out of 5 stars
True to Life
Verified purchase
I really hesitated to watch this movie; I did not want to waste my time on a sick twisted mess of lives with no redeeming quality or message to it just to make a movie. I was pleasantly surprised by the realistic portrayal of classes of people interacting with each other with all their subtle and not so subtle good character traits and mostly realistic character flaws. Virginia and the other main characters also gave great layers to their mentally. emotionally, and spiritually confused and unstable lives in a world where life is not as easy and black and white as we would like.

Lee ArmstrongReviewed in the United States on January 6, 2013
5.0 out of 5 stars
Scrambling Up a Mountain Road
Verified purchase
Dustin Lance Black won the Oscar for the screenplay to "Milk" and also penned the screenplay for the Clint Eastwood-directed "J Edgar." "Virginia" obviously represents a labor of love for him, directing and writing. It is a film difficult to niche, which will make it difficult for audiences trained to categorize films as "comedy," "romance" or "drama." There are no super heroes here, albeit there is a bit of a ghostly aspect to the film. For me, this film worked completely!

I particularly love its ending. Jennifer Connelly plays the main character Virginia. Her husband walked out on the family and leaves her depressed with a possible mental condition. Virginia does things in an offbeat and original way. Her understanding of issues like religion and social propriety are limited. At the end of the film, we find her love for her son Emmett, well played by Harrison Gilbertson, to be perfect. She is willing to sacrifice herself completely for him. It's an act of love, imperfect but Christ-like in its sacrifice. As an actress, Jennifer Connelly takes these hairpin twists and turns of character like a race car driver scrambling up a mountain road.

The scenes with Mormon missionaries who come sometime after the Baptists are so pathetic. Virginia understands so little of the religions, willing to try them on like new clothes as long as they promise salvation in the afterlife. At the end, when Virginia has to literally take the missionary's clothes to disguise Emmett so he can get away, the film bounces to the comic before its big bang ending.

Ed Harris does a great job as small-town politician Richard Tipton who likewise tries to keep up appearances as a loving family man with traditional values, while waiting to break away and have Virginia handcuff him to her bed. The hypocrisy is the stuff of which political headlines are all too frequently made.

I loved the DVD extras where producer/actress Yeardley Smith comments on the film. In "Virginia," she plays social worker Mrs. Whitaker who gets more than a cold shoulder from Virginia. Known as the voice of Lisa on "The Simpsons," she talks about how she probably wouldn't have been considered for the role if she hadn't also served as a producer.

"Virginia" is not going to be every audience's cup of tea. But it deals with characters that feel real, imperfect people. Some of them try to do their best, some of them try to look like they're doing their best, and some of them wouldn't know "best" if it bit them. It's a great quirky film, well worth watching for the adventurous viewer. Enjoy!
11 people found this helpful
See all reviews
Back to top
Get to Know Us
Make Money with Us
Amazon Payment Products
Let Us Help You
EnglishChoose a language for shopping. United StatesChoose a country/region for shopping.
© 1996-2021, Amazon.com, Inc. or its affiliates