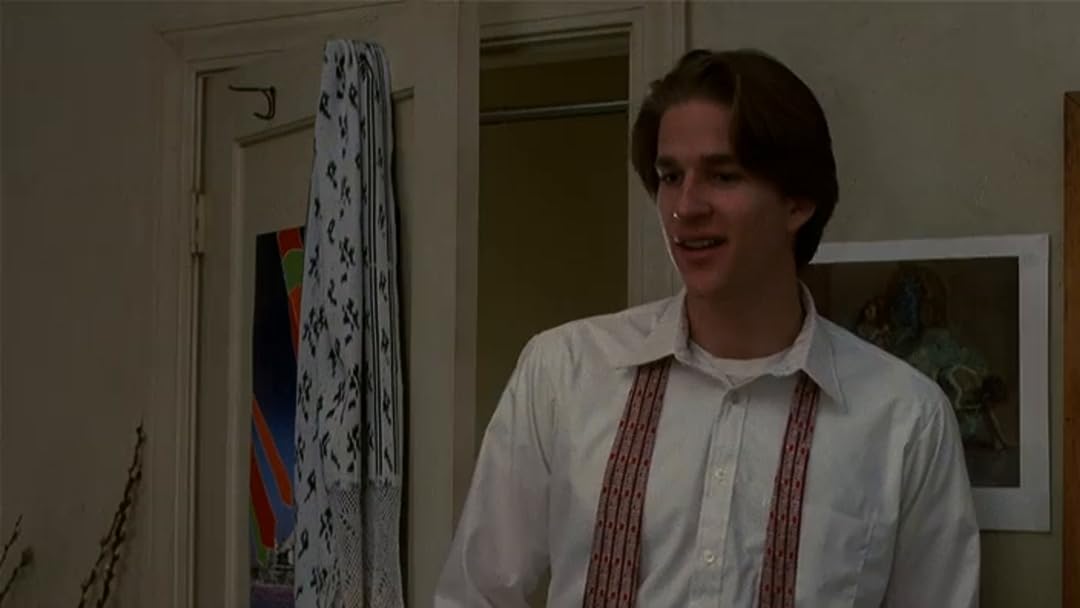 (2,776)6.61 h 47 min1985R
Matthew Modine (Full Metal Jacket, Memphis Belle) stars as a high school wrestler trying to shed 23 pounds in a dangerously short time and take on the undefeated, tough as nails 168-pound champion, who's the best wrestler in the state.

Shayla WilliamsReviewed in the United States on September 19, 2020
1.0 out of 5 stars
I can't say enough about how awful this movie is.
Verified purchase
Honestly, the only reason I watched this movie was because I saw a music video and was curious wtf was going on with that guy's hair. It was billed as a sports/romance movie, and the pandemic quarantine has me bored enough to watch almost anything.

The movie is about a teenage boy with anorexia who wants to beat a younger boy from another school to a scholarship. The anorexic "hero" of the story doesn't want to go to college. The smaller boy from the other school has been training hard for this scholarship for four years. All of the "hero" character's friends and family celebrate his anorexia, with occasional pathetic attempts at showing concern when he starts fainting and having nosebleeds. No one ever tries to stop him or get him therapy for his anorexia. They never even call it anorexia. When the "hero" goes to the other boy's school to taunt him while he is training, the boy wishes him well and continues his exercise. Classy.

The "romance" comes in the form of a damsel in distress. Her car broke down and will take a few days to fix. She doesn't know anyone or have anywhere to go, and she has no money. So the anorexic teenager and his dad take her home, and let her sleep in the teenager's room. She goes on a date with one of the boy's teachers, he gets upset, and attempts to rape her. She fights him off easily. After finding him sniffing her panties, they go for a walk in the countryside, and she decides to take his virginity so he can go to college with that "experience" behind him. Instead of him assault/raping her, she statutory rapes him. Wow, such romance!

The guy with the feathers in his hair? Just a sad little white boy appropriating Native American culture because he has mommy issues. Mom left him when he was a kid, so he made up a story about her being Native American so he could feel special. The title of the movie comes from his assertion that the anorexic would-be rapist is on a "vision quest" to steal the scholarship from the only character in this film who isn't a piece of crap.

RalstonReviewed in the United States on October 28, 2020
5.0 out of 5 stars
Focus on your Vision
Verified purchase
I absolutely love this movie. I saw it many years ago, several times, and I have gone back. It is what a young teen should encounter. There are too many people that say no to a person’s dream of what they hold as a vision for a life goal. How many people can look back and remember those adolescent high school years when popularity for many was the most important thing at the time and yet of little relevance for the future life path. The hero in this movie ignored the nay sayers around him, set his vision, and put in the unswerving effort and achieves that Vision. If you have a Vision pursue that Vision; it worked for me.
3 people found this helpful

GunslingerReviewed in the United States on September 25, 2016
5.0 out of 5 stars
Great movie...
Verified purchase
Missed this in 1985 and really enjoyed it. I lettered twice in wrestling in High School in the late '60s and it brought back a lot of memories. I also really like Madonna's Crazy for You--I always thought it could be a cross-over hit on the country western charts but I think Madonna was too way out for them. I am surprised it hasn't been covered. Anyway, the movie is great--It is about putting everything you've got into something--about how it is worth it to go for the gold even if you might not succeed, why its important. It is also about puppy love and a boy coming of age (didn't say becoming a man because a first romantic fling isn't what makes a man). It is about a time in everyone's life that I for one am past now almost 50 years but it rang a chord, yes it did. Don't ask me to be objective or to find something to critique, it made me feel good so I gave it five stars.
13 people found this helpful

KaliReviewed in the United States on April 22, 2020
5.0 out of 5 stars
LOVED this movie.
Verified purchase
Great movie! Was recommended to us for ny son who is a wrestler. I dont think he was quite old enough for it but luckily I think the adult stuff went over his head. Myself and my father very much enjoyed it. Great music, great story, and great message. Highly recommend for your older wrestlers. (Mine was just turning 9 when we watched it. Lol. Would be better suited for late middle school age)
3 people found this helpful

Don KidwellReviewed in the United States on March 5, 2015
4.0 out of 5 stars
Decent Date Movie for People My Age (Way Back When) and a Good Rental for Those That Missed It at the Theatres (haha)
Verified purchase
"We think we know the story pretty well already: Young wrestler has two dreams: (a) to win the state championship, and (b) to win the love of a girl. The defending state champion is a man-mountain who carries telephone poles to the top of stadiums.... " credited to Roger Ebert on 2/15/1985.

Long ago, this was the very first film I took my soon-to-be fiance (and now wife of going on 29 years) to see at the local theater. Had enough action/sports to entertain me and enough romance/drama to interest her which means we were both left happy. If 4 out of 5 people are liking the movie according to my favorite film review site "Rotten Tomatoes" and Roger Ebert (whom I've always respected) gave it 3.5 out of 4 stars I would think that qualifies as a winner. For that reason I thought I'd surprise her on her birthday and give it to my wife for a gift so we can relive some memories. A good movie with a great soundtrack and one I would recommend, too!
12 people found this helpful

MariReviewed in the United States on July 25, 2018
5.0 out of 5 stars
Old favorite.
Verified purchase
I saw this movie back when it came out in 1985. I was in 10th grade and our teacher showed it in class. The whole class was quiet and paying attention to the movie. Loved the story. Shows what "life' looked like back in the 80's. The movie soundtrack is cool too!
6 people found this helpful

ASGReviewed in the United States on December 25, 2016
5.0 out of 5 stars
Not just a movie, an integral part of a sport and culture...
Verified purchase
It's a legendary movie for anyone who ever wrestled or is a fan of the sport. If you are one of those people and haven't seen it, do so. It almost perfectly captures what wrestlers feel during the season, while not getting too deep at the same time. It's not a perfect film by a long shot, but it might mean more to the wrestling community than any other sports movie means to its people.
8 people found this helpful

SylviastelReviewed in the United States on December 17, 2006
4.0 out of 5 stars
Linda's excellent but no special additions!
Verified purchase
It's hard to believe that since 1985, I have never seen this film. I have heard the music but never saw it. I became a fan of Linda Fiorentino who made her film debut as Carla, the artist from Trenton, New Jersey (Linda was actually raised in nearby Sewell), who is on her way to San Francisco to study and be artist. Along the way, her car breaks down in Spokane and she ends up staying with single father played by Ronnie Cox and his son who is an aspiring wrestler played by young Matthew Modine. The music is purely eighties but I always enjoy listening to it anyway even on cassette. While the predictable happens, Carla and Modine's character get together and he wrestles an undefeated wrestler in a big match but he must lose weight to do it. Anyway, Vision Quest is an odd title for this film but the price was worth it. I wish Linda would make a comeback. She hasn't done a film in 4 years. Oh Madonna is singing in this film. The guy who played shoe salesman Griff from Married with CHildren plays the English teacher. FOrest Whitaker has a tiny part as one of the other wrestlers.
2 people found this helpful
See all reviews
Back to top
Get to Know Us
Make Money with Us
Amazon Payment Products
Let Us Help You
EnglishChoose a language for shopping. United StatesChoose a country/region for shopping.
© 1996-2021, Amazon.com, Inc. or its affiliates