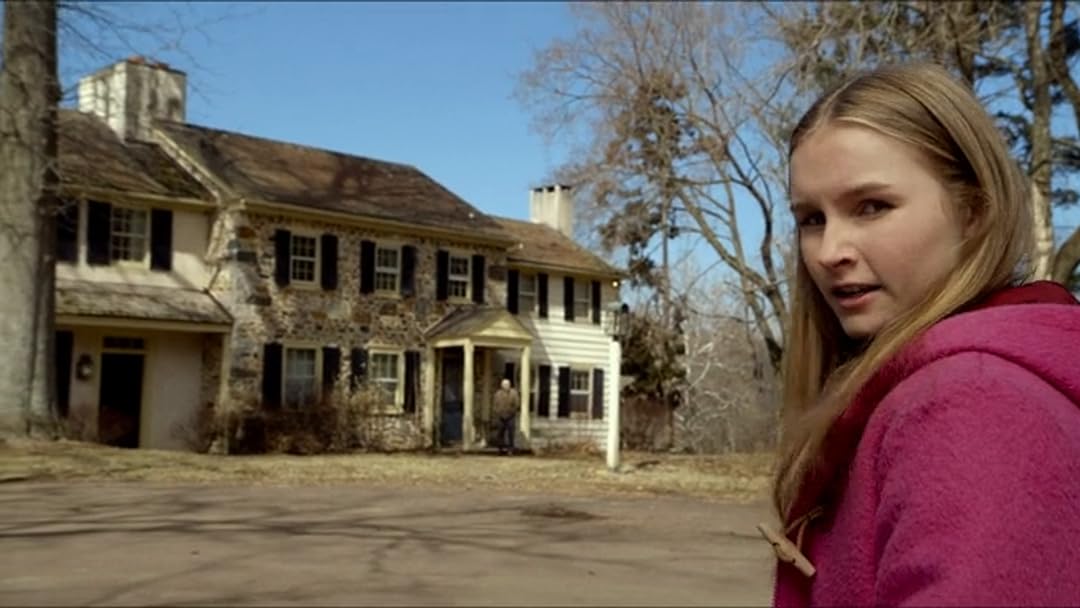 (16,624)
1 h 34 min2015X-RayPG-13
A brother and sister sent to their grandparents' remote Pennsylvania farm for a weeklong trip discover that the elderly couple is involved in something disturbing.

aquiel b.Reviewed in the United States on September 18, 2022
5.0 out of 5 stars
One of my all time favorite horror movies!!
Verified purchase
Like the title, definitely a heavy hitter when it comes to horror!! Absolutely fantastic, 10/10 always recommend when someone asks for a great scary movie!! 🤟

Bob LewisReviewed in the United States on October 13, 2021
5.0 out of 5 stars
Delightfully creepy
Verified purchase
M. Night Shyamalan is very much a "hit or miss" filmmaker for me. I've loved some of his work, and hated some of his work. Even among those I haven't liked, though, I've often found that he excels in building a suspenseful story, but loses his footing in the final act when he shoehorns some twist (often seemingly just for the sake of having a twist--any twist--regardless of whether the story requires it).

I have similar thoughts about the found footage format of filmmaking. It's been used to tremendous success in a handful of cases, but is now often overused as a crutch by filmmakers who can't be bothered to tell a story through a more traditional structure.

And so it was with cautious optimism that I tried The Visit, a found footage horror/thriller from the aforementioned writer/director.

As the film opened, my optimism seemed to be rewarded. Though the "found footage" camcorder-style cinematography was initially a bit rocky, the viewer quickly acclimates to it and it becomes a quite effective medium. Similarly, the suspense starts to build--very gradually, but right from the start. The viewer is never quite sure whether the odd things they're seeing are truly frightening or whether they're just the product of some eccentric characters.

That uncertainty helps to build the film's suspense. And it does it in spades. Even when nothing overtly threatening is happening, the viewer can't help but feel that something wrong is lurking just off screen, waiting to erupt at the slightest provocation. Indeed, for pure suspense and tension throughout, The Visit is one of the most successful films I've seen in a good long while.

Much of that tension is likely due to the exemplary performances by the entire cast. Child actors often fail to deliver the gravitas a serious horror movie requires. That goes doubly so when the film not only stars some children but features a remarkably small cast LED by those children. However. this particular cast--adult and child alike--delivered flawless performances. Say what you will about some of M. Night Shyamalan's writing decisions, but one of his greatest strengths seems to be in casting and directing young performers. His skill and their skill alike are on full display here.

But the million dollar question when it comes to a Shyamalan film is whether it manages to stick the landing or not. And I will admit that some of the suspense falters just a little bit in the final act. However, a slight faltering is not a catastrophic failure. In The Visit, the ending just seems "right" for the story the precedes it, and succeeds in wrapping up a truly excellent film.

MollyReviewed in the United States on September 20, 2022
5.0 out of 5 stars
Kids n I loved
Verified purchase
We saw this in the theater and had to purchase because we loved it that much

Pen NameReviewed in the United States on September 24, 2022
5.0 out of 5 stars
Outcold
Verified purchase
This was good to me but a 1 timer watcher.

#funspiceReviewed in the United States on August 14, 2022
5.0 out of 5 stars
Love movies that are shot in first person
Verified purchase
2 kids stuck with their grandparents for a week make a freaking hilarious horror movie that I wasn't expecting would hit the spot. I'm glad I rented this. The acting is fantastic for being kids and all. The little boys character was phenomenally different than the usual scared little boy and I would say this character was what made this movie all the more interesting. Good film great job!
2 people found this helpful

Amazon CustomerReviewed in the United States on September 5, 2022
5.0 out of 5 stars
Great twist!
Verified purchase
What a great movie. M. Knight tells a great story. What a creepy twist. I won’t ruin it. Just watch it.
2 people found this helpful

Zoltan BarnesReviewed in the United States on September 6, 2022
5.0 out of 5 stars
yes Yes and YES
Verified purchase
Good creepy suspenseful movie. I told my kid if he's not good he's going to go for a visit.

Sabrina MReviewed in the United States on August 3, 2022
4.0 out of 5 stars
Scary!
Verified purchase
One of the creepiest movies I’ve ever seen. Can’t watch it alone!
One person found this helpful
See all reviews
Back to top
Get to Know Us
Make Money with Us
Amazon Payment Products
Let Us Help You
EnglishChoose a language for shopping. United StatesChoose a country/region for shopping.
© 1996-2022, Amazon.com, Inc. or its affiliates