Voices of the Pacific, Expanded Edition and millions of other books are available for Amazon Kindle. Learn more 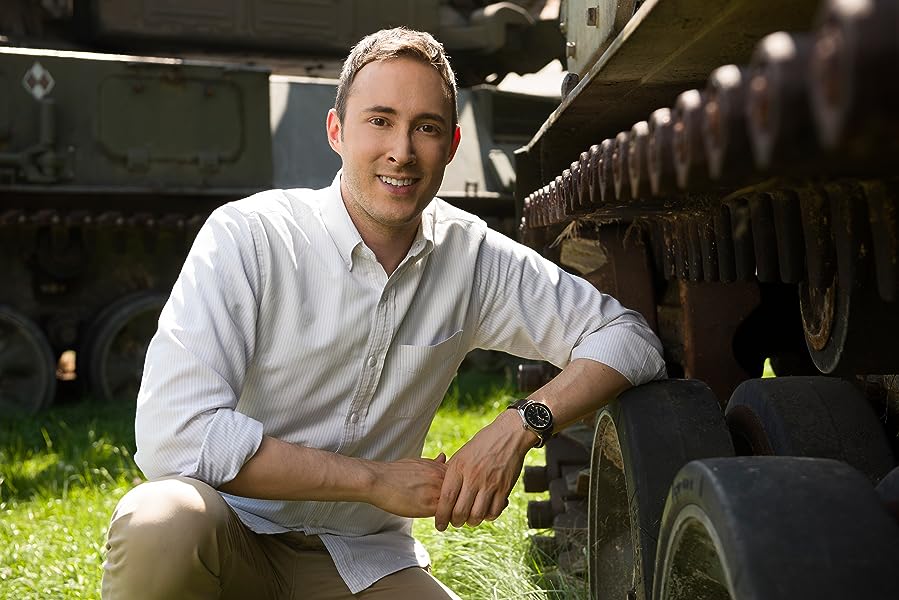 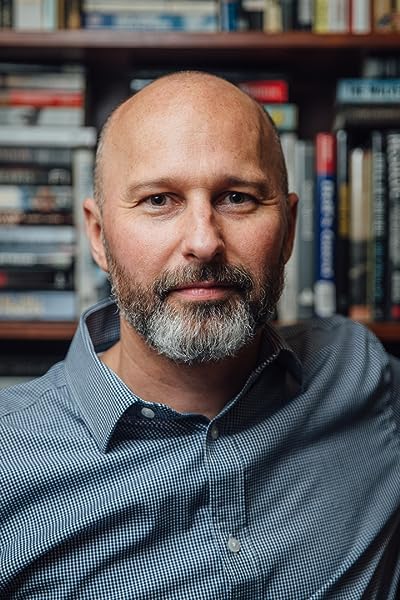 Voices of the Pacific: Untold Stories from the Marine Heroes of World War II Paperback – January 7, 2014

Praise for Voices of the Pacific

“True—and terrifying—stories of combat.”—Dale Dye, military advisor for Band of Brothers and The Pacific

“First-person accounts of war with the same gut-level realism as the opening scene in Saving Private Ryan.”—Bob Welch, author of Resolve

“Imagine a last conversation with your father or grandfather who fought in WWII, only this time he tells you the stories he always held back. That’s Voices of the Pacific.”—Larry Alexander, New York Times bestselling author of Biggest Brother

“An impressive array of personal stories from the nightmarish fights on islands such as Guadalcanal, Peleliu, and Iwo Jima, all delivered in a simple, poignant narrative that readers will adore.”—Ian Gardner, author of Tonight We Die as Men

“Reading Voices of the Pacific is like listening in on a conversation between war buddies at a reunion—honest, unsanitized, and deeply humbling.”—Justin Taylan, historian, founder of Pacific Wrecks

Adam Makos is the author of the New York Times bestseller A Higher Call. In his work as a journalist in the military field, Adam has interviewed countless veterans from World War II, Korea, Vietnam, and present-day wars. In pursuit of a story, Adam has flown a WWII bomber, accompanied a Special Forces raid in Iraq, and organized an expedition into North Korea in search of an MIA American serviceman. He lives in Denver, Colorado.

Marcus Brotherton is a journalist and professional writer known internationally for his literary collaborations with high-profile public figures, humanitarians, inspirational leaders, and military personnel. He has authored or coauthored more than twenty-five books including We Who Are Alive and Remain, A Company of Heroes, and Shifty's War, and is a coauthor of Call of Duty with Lt. Buck Compton.
Pre-order Voices of the Pacific, Expanded Edition for your Kindle today.

4.7 out of 5 stars
4.7 out of 5
935 global ratings
How are ratings calculated?
To calculate the overall star rating and percentage breakdown by star, we don’t use a simple average. Instead, our system considers things like how recent a review is and if the reviewer bought the item on Amazon. It also analyzes reviews to verify trustworthiness.
Top reviews

Jim, Stuart, FL
5.0 out of 5 stars The Pacific War Firsthand
Reviewed in the United States on September 21, 2018
Verified Purchase
This is one of the best books I have ever read about the history of WWII In the Pacific. As a college student from 1962-1966 I was a history major. You are taught in writing about history to research from original sources. This book illustrates why that rule is important. I am so impressed by the greatest generation who fought so well in WWII when the entire world was in danger of being taken over by despotic governments in Germany and Japan. I wonder if the young of today who have had life handed to them on a silver platter could or would rise to the occasion to defend our country in time of need like those in this book. I fear the answer is no. If we can't stand during the national anthem at a football game we won't be able to stand to defend our liberties when the time comes to do so. Not a single marine in this book would disrespect our flag.
Read more
26 people found this helpful
Helpful
Report abuse

grampsonamission
5.0 out of 5 stars Huzzah for "Voices"
Reviewed in the United States on April 7, 2013
Verified Purchase
So, let's see now. I have read all the books regarding the Band of Brother's, seen the mini-series, and read Hugh Ambrose's "Pacific", have seen Spielberg and Hanks great 10 part epic on the Pacific campaign and followed that up with Ken Burns multi-part PBS documentary, "The War". Having done that, I thought that I had somehow come to the end of WWII. My library was full of great works on the genre. Then on April 2, 2013, a new book on the Pacific campaign was released, its title "Voices of the Pacific". Recently acclaimed author Adam Makos and Marcus Brotherton have come together to bring another great painting of that terrible time. In December, Adam released his first book entitled "A Higher Call". With Larry Alexander they painted a great story on the European side of the war. This time Adam went back and found a great number of veterans both new and some old that shared some new aspects on the war with Japan. I found the picture I was getting was that of some of the missing pieces that Hollywood left out. I understand that there are still more stories to tell and I hope that Adam and Marcus will continue to tell them.

Adam Makos is on his way as a history writer of much importance. It goes without saying that this work is a must read for all the history people. If you read this review, and are a lover of history, you must put this volume on either the BUY or your WISH LIST for future reading. You DO NOT want to miss this extraordinary volume. You also do not want to miss the Band of Brothers books authored by Marcus Brotherton. Two outstanding authors together. What a great job gentlemen.

Frank Joseph
5.0 out of 5 stars Through their eyes
Reviewed in the United States on April 2, 2013
Verified Purchase
I just started this book and had to post an early review to warn people…if you’re a fan of A Higher Call like me and you bought this book thinking it’s another A Higher Call, you’re in for a surprise. Adam Makos didn’t write this book like A Higher Call. The WWII Marines wrote this book. It’s 98% in their words. Makos just chimes in here and there to give some history tidbits and to set the stage for the veterans’ stories.

I’m not complaining. In fact, by turning the spotlight on the vets the action is faster. I just read the Battle of the Tenaru River part where 4 of the Marines put you in the foxholes with them (Sid Phillips, Jim Young, Roy Gerlach, and Arthur Pendleton). Literally you’re there as the Japanese are splashing across the river toward them waving swords and flashing bayonets.

One vet tells a spurt of a story then the next chimes in. Then another guy piles onto the other guy’s story and before you know it the stories are building in intensity. I found my heart pounding. When you see war only through the veterans’ eyes it’s a scary thing.

I’ll add to my review later but wanted to warn people that this is a very different kind of WWII story. It’s no A Higher Call, but very unique in style and like a good WWII book should be, it’s all about the men who were there.

Paul T. McCain
5.0 out of 5 stars Great to Simply Let the Veterans Speak!
Reviewed in the United States on April 3, 2013
Verified Purchase
I have read hundreds of books on WWII, from all kinds of perspectives. This book really stands out in my mind because it simply lets the vets speak without much "interference" from an outside editor, author, or historian. It helps the reader along by providing very brief historical "guide posts" along the way, three or four sentences that help you track the USMC vets through their experiences, but there is nothing added to try to make things more "interesting" or "interpret" the vets accounts. It is just their words, their memories, their feelings and it really gives you a very realistic understanding of what, precisely, they went through from Guadalcanal to Okinawa. It is nearly impossible to understand the living hell they endured during the Pacific campaign, but this book is one of the finest for simply hearing the old veterans talk. Those of us old enough to have spoken to a lot of WWII vets, as I have, know how powerful it is simply to sit and listen to a WWII vet talk and share his experiences, this book is precisely that. The book does not try to provide some "grand narrative" and dribble throughout vet's comments, it simply gives you the vet's comments, you get many observations, not just one, as for example, in Gene Sledge's book, which is a must read too.

ted kennedy
5.0 out of 5 stars Five Stars
Reviewed in the United Kingdom on September 17, 2016
Verified Purchase
reading this book now so far it is a good in depth book
Read more
One person found this helpful
Report abuse

Aron Topping
5.0 out of 5 stars Great read
Reviewed in the United Kingdom on September 14, 2017
Verified Purchase
Highly recommended, great to read personal experiences from the men that were there and experienced tue horrors of the pacific war
Read more
Report abuse

Amazon Customer
5.0 out of 5 stars A living third generation of dignity in three wars.
Reviewed in the United Kingdom on December 12, 2015
Verified Purchase
Thanks to those heros, their courage and lives shed on so many battlefields. Unthinkable what they went through on such a young age! I salute them!
Read more
One person found this helpful
Report abuse

Christopher O.
5.0 out of 5 stars Firepower.
Reviewed in the United Kingdom on January 14, 2017
Verified Purchase
War is hell,
and always will be.

Page 1 of 1 Start overPage 1 of 1
Previous page
Next page
Pages with related products. See and discover other items: marine books, ww ii, ww2 medal, rare books, reader's theater, Explore lights for marine tanks
Back to top
Get to Know Us
Make Money with Us
Amazon Payment Products
Let Us Help You
EnglishChoose a language for shopping. United StatesChoose a country/region for shopping.
© 1996-2021, Amazon.com, Inc. or its affiliates