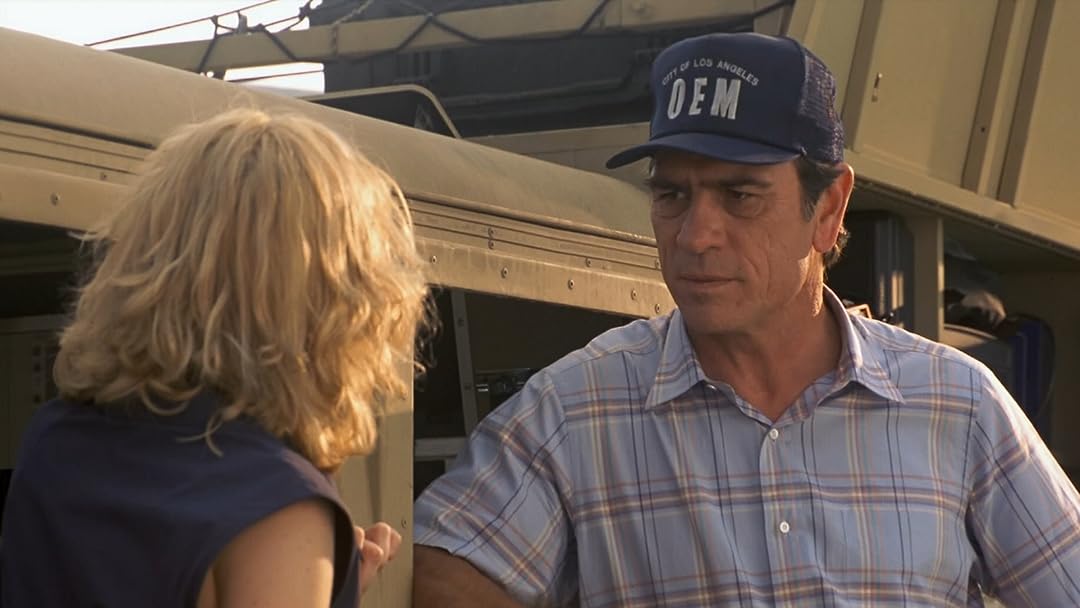 (4,805)
5.51 h 43 min1997X-RayPG-13
Los Angeles is heating up - and it's not global warming! Bubbling up from the La Brea tar pits, a massive volcano erupts in the heart of the city in this high-intensity disaster tale. With Don Cheadle, Gaby Hoffman.

Daniel MonahanReviewed in the United States on December 28, 2017
5.0 out of 5 stars
The best disaster movie yet!
Verified purchase
This movie was so awesome I found myself watching it every day! Sure, it was the stuff of hellish and apocalyptic nightmares, but buying this movie was very well worth it because I came to realize that even in the scariest of disaster movies, there are always acts of courage, heroism, teamwork, and sometimes sacrifice. I could list some examples of those, but I don't want to risk spoiling the movie for those of you who haven't seen Volcano yet. If you want to know what I'm talking about, you'll have to watch Volcano yourself, which I absolutely recommend if you love disaster movies!
14 people found this helpful

Erin J. DavisReviewed in the United States on August 16, 2021
1.0 out of 5 stars
Watch Dante's Peak instead
Verified purchase
The characters are beyond dumb in this movie. Forget how this is not how magma and volcanos work, just forget all that for a second. Everyone in this movie is beyond too dumb to live. Hearing TLJ unironically ask what is magma is facepalm educing. I live in the midwest, never been near a volcano in my life, even I know what this stuff is. You learn this crap in grade school for crying out loud.

And the racial themes in this movie and how they are solved is beyond embarrassing. "Yeah we stopped the volcano and racism! We're all covered in ash, everyone is the same!" That was beyond groan worthy it's not even funny.

Armageddon is a dumb disaster movie, but it's a fun one, yes the science is beyond off, but it at least has fun and funny characters. It's it's redeeming quality.

Not even TLJ is enough to save this movie. And his daughter character was so stupid and obnoxious I wish she just got left behind. She is responsible for so many people almost dying or actually dying even in one instance.

If you want a better volcano movie just watch Dante's Peak. The effects in that movie have aged well, far better than Volcano, it's mostly scientifically accurate (a couple issues notwithstanding I mean this is Hollywood, they will fudge on science eventually, even in the accurate movies). It has an all star cast just like Volcano, however it is better written. The characters are likeable and not too stupid to live. The kids do make a dumb decision at one point but that's to be expected as they are kids. Where as Kelly, TLJ's character's daughter, is 17 years old. And she's far more stupid than the kids in Dante's Peak.

If you are looking for a movie that is so bad it's good for a disaster movie, then just watch Michael Bay's Armageddon instead. It's stupid, it's science is stupid, but the movie is aware of how stupid it is and just has fun with itself. While Volcano actually takes it's stupidity seriously with a embarrassing tacked on racial message to boot.

J. WestReviewed in the United States on November 9, 2020
5.0 out of 5 stars
"It's Ready To Blow!"
Verified purchase
In my opinion that this is the best volcano film next to Dante's Peak. I love disaster films like this one, it wasn't too cheap of a film. A lot of lava around to see in the scenes. The effects of the volcano and the lava looked real. The acting was terrific. A great storyline with plenty of action and some dialogue. Great performances and roles by Tommy Lee Jones, Anne Heche, Don Cheadle, Gaby Hoffmann, Keith David, Jacqueline Kim and John Carroll Lynch. I recommend it if you'll like Dante's Peak.
2 people found this helpful

errin spellingReviewed in the United States on December 24, 2020
4.0 out of 5 stars
she makes movies about volcanos and planes crashing and toxic gases
Verified purchase
tommy lee is a genius in the movie . he knows how to turn a bus over on it's side and stop hot lava from a volcano, while everyone stands on the side of the highway. you can't predict or stop hot lava! they figure out one thing and move problems take the place of the one they solved. it's nonstop action. you will have a fast heart rate, if you watch this.
2 people found this helpful

spirithandReviewed in the United States on June 2, 2019
5.0 out of 5 stars
Hollywood Volcano?
Verified purchase
Something to consider since California is one state with a lot of fault lines. Who says a Volcano couldn't pop up in Hollywood. I love Tommy Lee Jones in this action packed movie. A lot has to be considered here, I believe it could happen anywhere where there is a lot of sis emetic activity but I am no volcanologist.
4 people found this helpful

Kindle CustomerReviewed in the United States on April 29, 2019
1.0 out of 5 stars
Recv. BOOTLEG reg. 2
Verified purchase
When I bought this the ad did NOT say that it was either a bootleg or a region 2 disk which will not play in the USA. Yes, this IS a bootleg with a badly photocopied case insert, and the graphics on the disk are pixelated and clearly not original.
6 people found this helpful

Dannan TavonaReviewed in the United States on December 20, 2019
4.0 out of 5 stars
Disaster film that isn't entirely low budget
Verified purchase
Not bad for a disaster flick (1997). Tommy Lee Jones and Ann Heche. The number of fatalities would be much larger. That said, Jones has a strong presence that helps carry the film. Get out the popcorn and enjoy.
3 people found this helpful

PhylReviewed in the United States on March 29, 2020
5.0 out of 5 stars
Lava in Los Angeles? Whilshire and 8th Ave?
Verified purchase
Used to walk to the Labrea Yar Pits daily when I across the street from them. Off Wilshire and 8th Street next door to q Playwrite! Barbara Streisand stopped by to visit him! Walked on Whilsire and stopped to chat with Mphmed Ali and his enterouge in the evenings. This movie took me back to good memories living in Los Angeles off Whilshire & 8th Street, and the Beverly Center. Thx, excellent movie TL and cast!
One person found this helpful
See all reviews
Back to top
Get to Know Us
Make Money with Us
Amazon Payment Products
Let Us Help You
EnglishChoose a language for shopping. United StatesChoose a country/region for shopping.
© 1996-2022, Amazon.com, Inc. or its affiliates