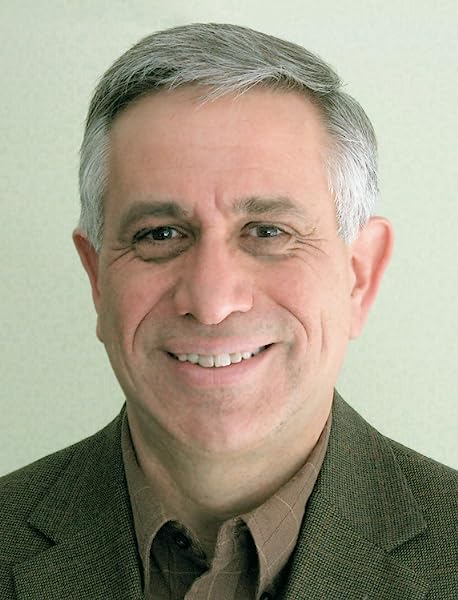 Voyage of Mercy: The USS Jamestown, the Irish Famine, and the Remarkable Story of America's First Humanitarian Mission Hardcover – March 3, 2020

"An uplifting historical account of humanitarianism with lessons in this increasingly isolationist time." ―Kirkus Reviews

"Voyage of Mercy is a fascinating and moving tale of America as we wish it would always be―kind, generous, and humane to people who are in dire need of help, wherever they may live. Puleo is a master storyteller who seamlessly weaves together the personal and the political in this enthralling narrative of the United States' philanthropic and humanitarian roots. In today's fractious and divisive world, this book is a tonic to the soul, and a potent reminder that we are at our best when we follow the 'better angels of our nature'." ―Eric Jay Dolin, author of Black Flags, Blue Waters and Leviathan

"Voyage of Mercy is why we read. It's history as it should be written. It reads like a terrific, page-turning novel, with characters who live and breathe and struggle and yearn, with grand dramatic moments, with settings so vividly described in a world so impeccably researched that you think you're there, with powerful themes that will resonate long after you've finished reading. It's Stephen Puleo's best book and a voyage that every reader should take." ―William Martin, New York Times bestselling author of Back Bay and Bound for Gold

STEPHEN PULEO is a historian, teacher, public speaker, and the author of several books, including Dark Tide: The Great Boston Molasses Flood of 1919, American Treasures: The Secret Efforts to Save the Declaration of Independence, the Constitution, and the Gettysburg Address, and The Caning: The Assault That Drove America to Civil War. A former award-winning newspaper reporter and contributor to American History magazine, the Boston Globe, and other publications, he holds a master's degree in history and has taught at the University of Massachusetts-Boston and Suffolk University. He and his wife, Kate, reside in the Boston area.

Read more
Start reading Voyage of Mercy on your Kindle in under a minute.

4.7 out of 5 stars
4.7 out of 5
8 customer ratings
How does Amazon calculate star ratings?
Amazon calculates a product’s star ratings based on a machine learned model instead of a raw data average. The model takes into account factors including the age of a rating, whether the ratings are from verified purchasers, and factors that establish reviewer trustworthiness.
Top Reviews

Bonnye Reed Fry
5.0 out of 5 stars Eye-opening look at the Irish potato famine
Reviewed in the United States on March 3, 2020
Format: Hardcover
I received a free electronic ARC copy of this history from Netgalley, Stephen Puleo, and St. Martin's Press - History. Thank you all for sharing your hard work with me. I have read this work of my own volition, and this review reflects my honest opinion of Voyage to Mercy. Stephen Puleo is an author on my must-read shelves - he brings history alive.

Voyage of Mercy is the full story of the United States' first humanitarian mission - essentially the first humanitarian mission carried out by any country. And it is a history of the lives of two outstanding men - a Boston sea captain and lifelong sailor, Robert Bennet Forbes, and Catholic priest Theobald Mathew of Cork City, Ireland. These two men saved the lives of innumerable Irish men, women, and children, and opened the way for many others to carry on their work.

In 1847 glib-tongued Bennet Forbes talked the American military into loaning him a 157 foot, three-decker warship, the Jamestown (we were at war with Mexico at Veracruz at the time, so this was a minor miracle) and removed 20 of the 22 guns on the mid-deck to make room for donated foodstuff and clothing for the starving masses in Ireland. And he collected, from towns and individuals and farmers up and down the eastern seaboard and the Mississippi River farms, 8,000 barrels of foodstuff and crates of warm clothing. Forbes captained the crew, and the rest of the crewmen were volunteers. They set sail for Cove, in county Cork on March 27, 1847. Despite some problems - green crew, leaks, bad weather - they made the Irish shore in just fifteen days and three hours.

They were met by Father Mathew and a grateful, starving people. British help was too little, too late. Overlooking the fact that Ireland grew plenty in the way of grains and proteins to help themselves, their land had all been given over to British peers and was only rented to the farmers who husbanded it. All of those crops went immediately on harvest to England, to be sold on the world market. The potato crop was what the Irish ate, sold, traded for necessities and paid their rent on the land they farmed to their British landlords. With the partial failure of crops in 1846 and the complete failure of the potato crop in 1847, there were mass evictions, putting people out of their homes without warning. Over the winter of 1846-1847, the Irish population was dying in droves - of starvation, cholera, typhus, the 'fevers', and exposure. There were weeks just in Cove Town that Father Mathew buried as many as 300 souls. He fed, out of his home and his own pocket, as many as he could. And sadly, the western parts of Ireland and Scotland were in even worse shape than those coastal areas.

And the US just kept giving. Soon there were shiploads of foods being received in many of the port cities of Ireland, to be dispersed inland, and there was mass migration, mostly to Canada and the US. Boston saw 37,000 Irish immigrants arrive in'47, many ill, diseased and virtually all impoverished. Boston at that time had a population of only 115,000 and was quickly overwhelmed. New York, as well as other Atlantic coastal areas, did what they could. The last 20% of this story is a showcase of the growth of humanitarian assistance - what works, what doesn't, and how to begin the wheels turning in the face of catastrophe.

And that spirit of giving, of helping the downtrodden, still lives today. We need more Father Mathews to distribute the giving where it is needed, however. Haiti and Puerto Rico have been very expensive lessons in the improper art of aiding the downtrodden. And further afield, we have Serbia and Bosnia...

"Perhaps the most disgraceful aspect of the Famine was that in each of its six years there was probably enough food EXPORTED out of Ireland to sustain the nation, certainly enough to have saved the million who died (of starvation)." Edward Laxton
With meticulous research, documentation, and presentation the author presents the conditions of that harsh winter of 1847-48 with no food, no heat, no roof, scant clothing or shoes, and precious little hope. In England, the politicians favored the merchants over humanity and conscience, and the papers did not see fit to inform the populace. In the US, first immigrant families and Irish Catholic congregations sent what they could followed by indignation and fundraising by the noted personalities of the day (such as Daniel Webster, President Polk, Herman Melville) who were instrumental in tackling this humanitarian crisis. Money was raised from New Orleans to Boston and from Chicago to Charleston. But least remembered was the personal donations of foodstuffs from farmers from the Mississippi to New England and the ship's Captain Forbes who sailed the Jamestown across the Atlantic in hazardous seas as quickly as he could.
There is incredible detailing of the life histories of the major players and a whole lot more, but the undercurrent is the need by individuals in the US to do whatever they can whenever they feel that they can make a difference, regardless of nationality.
I requested and received a free ebook copy from St Martin's Press via NetGalley. Thank you!

Krista
4.0 out of 5 stars Non fiction account
Reviewed in the United States on March 3, 2020
Format: Hardcover
Voyage of Mercy is a non fiction accounting of the humanitarian aid the US sent to Ireland during the famine in 1846. Mr. Puleo has poured through historical documents to bring us this bittersweet story. He introduces us to the key players, with plenty of background of who they were, why they took the actions they did, and we get a view of their lives. He has the facts and figures which he presents in a way that is interesting and furthers the story. Many English were surprised by the show Victoria when it revealed the story of the Irish famine, they had no idea that their country had treated Ireland so poorly or that so many died. All ages from young to old by the thousands, while England continued to demand exports. Many Americans can be proud of how our ancestors responded. The USS Jamestown was a retrofitted battleship on the first international humanitarian mission. People from across the US gave food, money, clothing and other supplies to be taken to Ireland in the hopes that it would relieve suffering. Up to this point, such action was seen as weak, but these people didn't care, they knew they lived in a bountiful land, and wanted to save lives. Thanks to #NetGalley for allowing me to review #VoyageofMercy and give my honest opinion, it was a very good book!!
Read more
4 people found this helpful
Helpful
Comment Report abuse

Kim
5.0 out of 5 stars An intense, heartbreaking novel about the Irish Famine and America's first humanitarian mission--
Reviewed in the United States on March 3, 2020
Format: Hardcover
Voyage of Mercy by Stephen Puleo is a beautifully written and researched account of humanitarian aid given to Ireland during the Great Famine. In 1847, said to be the worst year of the Great Famine, the USS Jamestown set off to deliver a ship full of food and supplies to Ireland and its starving people. The Voyage of Mercy is a heartbreaking historical novel that describes that journey in painstaking detail. This intense novel may very well be the best telling, if not the first, to describe the mass immigration of Irish people to the U.S., the number of Irish people who perished from starvation, and the many people of America who gave everything they could to end the suffering of those in Ireland. I highly recommend this book to all readers.
Thank you St. Martin's Press and NetGalley for providing me with an Advanced Reader's Copy of Voyage of Mercy.