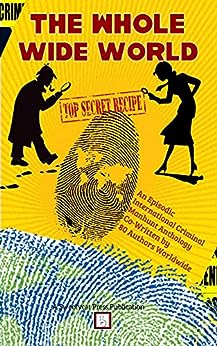 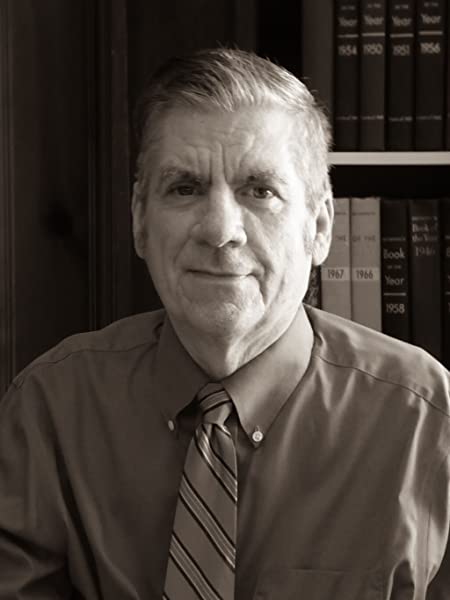 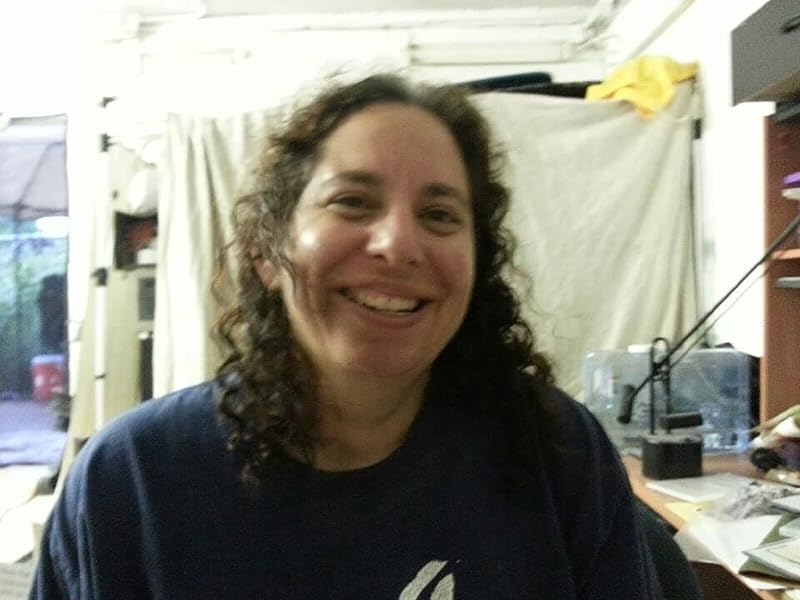 by Steve Carr/Sweetycat Press (Author), Steve Carr (Author), Catherine MacKenzie (Author) & 0 more Format: Kindle Edition
See all formats and editions
Sorry, there was a problem loading this page. Try again.
80 authors from around the world combine their talents to write the greatest episodic criminal manhunt anthology ever written. Follow Detective Curly Knucklewad and his assistant, Wanda Wowzer, as they pursue leads and clues around The Whole Wide World in search of the thief who stole a secret Limp Noodle Sauce recipe. From comic to chilling, each episode offers a fresh perspective and new eyes on the greatest heist ever pulled off.
Read more
Previous page
Next page

Told by a high school teacher that he had writing talent, Steve Carr’s career as a writer began right after graduation. He spent three years in the Army as a military journalist, writing articles for newspapers all over Florida, and followed that up with four years in the Navy where he taught in the Psychiatric Technician Program at Portsmouth Naval Hospital, training Hospital Corpsmen how to provide care and support in an inpatient setting for young men with psychiatric disorders. He then finished college, majoring in English/Theater and then spent the next 13 years working in non-profit health care development and management, mostly in rural communities, during which time several of his plays that he wrote in his spare time were produced in several states. He gave up the steady income to pursue his dream of writing/producing/directing his own plays and began a theatrical production company in Arizona. He retired early and in June 2016 began writing short stories. Since then he has had over 550 short stories published internationally in over 280 different print and online magazines, literary journals and anthologies. Collections of his short stories, Sand, Rain, The Tales of Talker Knocks, and the hardback edition The Very Best of Steve Carr: 52 stories, was published by Clarendon House Publications. His collection of short stories, Heat, was published by Czykmate Productions. His self-published debut novel, Redbird, was released in November, 2019. He independently published LGBTQ: 33 Stories, which was released in January, 2020. In May of 2020 his short story collection The Theory of Existence: 50 short stories, was released. His guidebook Getting Your Short Stories Published was also published by Clarendon House. He has over 130 publications and books that contain his short stories listed on his Amazon bibliography. He has been nominated for the Pushcart Prize twice. In 2019, he was on the cover of the Inner Circle Writers’ Magazine inaugural issue and dubbed “The King of Short Stories.” He’s a native of Cincinnati but has traveled extensively in the United States and abroad. He currently lives in Richmond, Virginia where when he’s not writing he frets about his writing peers not getting the attention they deserve. He is the founder of Sweetycat Press, a Facebook Group, that produces publications as promotion tools for emerging writers

4.9 out of 5 stars
4.9 out of 5
16 global ratings
How are ratings calculated?
To calculate the overall star rating and percentage breakdown by star, we don’t use a simple average. Instead, our system considers things like how recent a review is and if the reviewer bought the item on Amazon. It also analyzes reviews to verify trustworthiness.

Hobnails
5.0 out of 5 stars Intriguing! Entertaining! Enjoyable!
Reviewed in the United States on September 2, 2021
Verified Purchase
THE WHOLE WIDE WORLD is the latest anthology released by Sweetycat Press.
Ordinarily, an anthology is a collection of short stories written by a solo author or group of authors, often on a theme. (I wonder what is the collective noun for a group of authors – a buzz, a blister, a rancour …?)
This one is a further development o a theme and might be the first of its kind.
The publisher invited eighty authors and poets to join the quest to apprehend the thief of a secret limp noodle sauce recipe (totally culinary, nothing carnal) from a secret US government establishment. Each had to write an episode with the thief and two wacky detectives that are on his or her trail from wherever the author lives in the world. And, a zany collection of intriguing, entertaining and enjoyable texts they have produced from around the world. The final episode rounds off the quest.
Sweetycat Press is a comparatively new American imprint with a purpose to promote emerging published or publishing authors, (for emerging, read: ‘largely undiscovered.’)
And there for me, as a reader, I derive the greatest benefit; for I can truly sample the works of a number of writers whose style and content appeals to enough for me to want to read more of their work –more so than a few front pages of an Amazon sample, and with them all writing on a common theme, such as this quest, I find constraints of genre do not impede my selection choices. In this way, I will discover the writing of an author who writes in a genre that holds no attraction for me– and serve to encourage me to ‘try’ him or her on their own writing turf. From The Whole Wide World, I have a list of four such writers and look forward to sampling their fuller works over the coming winter.
Read more
5 people found this helpful
Helpful
Report abuse

act
5.0 out of 5 stars A Delightful Read
Reviewed in the United States on October 27, 2021
Verified Purchase
“The Whole Wide World” by Steve Carr and Sweetycat Press s a fun and amusing book. It will make you laugh, and in some cases, make you question reality. Each of its EPISODES is written by a different one of 80 individual writers and poets. Each Episode takes place in a different city, country, and continent. All together the writers try to solve the mystery of the stolen secret “Limp Noodle Sause Recipe.” It is easy to put the book down and pick it up again when every you have the time since each writer contributed his or her episode without knowing what any of the other writers had written. This is a delightful read, and I recommend it to anyone who enjoys lighthearted fun books.
Read more
One person found this helpful
Helpful
Report abuse

Anne Merino
5.0 out of 5 stars A fascinating collection of stories!
Reviewed in the United States on September 23, 2021
Verified Purchase
This collection of short stories is based in an intriguing concept -- all relate to a big heist from a top secret lab and feature the investigators, a private eye and his lovely assistant. This is a delicious and incredibly fun book!

Every author brings a unique twist to the tale and the setting. The atmosphere shifts from suspenseful to comic to thrilling as the reader moves from story to story. Huge ingenious fun!

Beautifully edited and put together, The Whole Wide World is a must-read for lovers of mystery, suspense and great writing.
Read more
Helpful
Report abuse

Lisa H. Owens
5.0 out of 5 stars A Unique Kind of Mystery—maybe the first of its kind!
Reviewed in the United States on September 21, 2021
Verified Purchase
It was intriguing to read one book with one crime and a pair of detectives written by 80 authors. Different perspectives on whodunnit told in different styles with a master storyteller wrapping it all up at the end. I highly recommend. Thoroughly enjoyable!
Read more
Helpful
Report abuse

Maria
5.0 out of 5 stars One of the best reads!
Reviewed in the United States on October 28, 2021
Verified Purchase
I don’t get to read a-lot but when I do a captivating book is always a good choice. This is the first book that I have read where a collaborative of authors write. Trinity Alder I have to say is one of my favorites in this book.
Read more

5.0 out of 5 stars One of the best reads!
By Maria on October 28, 2021
I don’t get to read a-lot but when I do a captivating book is always a good choice. This is the first book that I have read where a collaborative of authors write. Trinity Alder I have to say is one of my favorites in this book.
Images in this review

charmnday
5.0 out of 5 stars It's fun.
Reviewed in the United States on October 18, 2021
Verified Purchase
This has a whimsical plot premise where each chapter's freestanding story or poem moves the plot forward. It's a light read and a good break from the news of the day.
Read more
Helpful
Report abuse

Ann Stolinsky
5.0 out of 5 stars Whodunnit?
Reviewed in the United States on October 17, 2021
Verified Purchase
This anthology has a multitude of stories based on the central theme: who stole the Limp Noodle Sauce Recipe. Each author has their own take on the stories of Detective Knucklewad and Wanda. I enjoyed reading this.
Read more
Helpful
Report abuse

Lucia Catherine
5.0 out of 5 stars Entertaining!
Reviewed in the United States on October 5, 2021
Verified Purchase
So many talented authors contributed to this saga. I thoroughly enjoyed every scene. Well done!
Read more
Helpful
Report abuse
See all reviews

Kindle Customer
5.0 out of 5 stars A fantastic and pleasurable read.
Reviewed in the United Kingdom on October 3, 2021
Verified Purchase
The whole wide world is a book that stands out from others in my opinion due to both the number of writers and poets that were gathered together, but also because of the story content.
The whole wide world set about telling the tale of a limp noodle recipe stolen from a secret government laboratory in California. What followed was the differing ways in which each author attacked the problem of who was behind the theft. Each told the story in their own unique way as detective Curly Knucklewad and his assistant Wanda Wowzer trekked across a variety of settings across the globe attempting to apprehend the thief or thieves behind the dastardly crime.
A great book cleverly written and put together.
I'd recommend this to anybody.
Well done sweety Cat Press

andrew birch
5.0 out of 5 stars My book of the year
Reviewed in the United Kingdom on September 19, 2021
Verified Purchase
Whats not to like - theres a wealth of writing talent in here, and stories of all genres. The treatment of the characters may change from story to story, or author to author maybe, but what doesn't change is the quality. Well worth a read. My absolute highlight of the year.
Read more
Report abuse
See all reviews