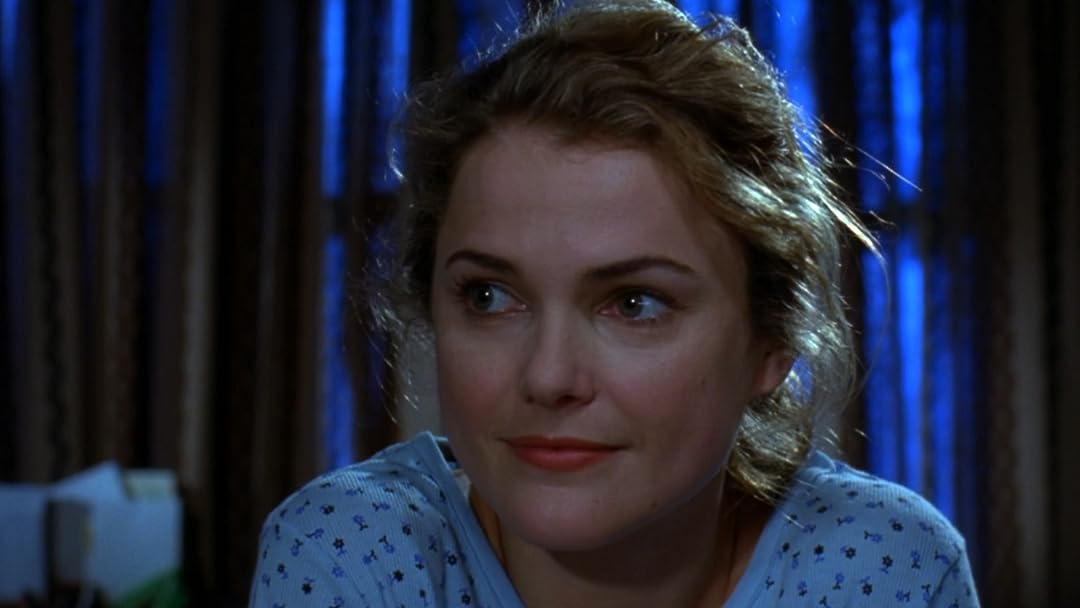 Kira S.Reviewed in the United States on December 24, 2018
3.0 out of 5 stars
Glorification of infidelity
Verified purchase
While I certainly had sympathy for Keri Russell's character, she should have gotten a divorce years ago when she realized what a jerk her husband turned out to be once they were married. And lust is no excuse for infidelity, although it is often the cause of it. It's ironic, the actress who played the doctor's wife (and who is a resident) also plays a doctor in the TV series Jericho, and her husband was unfaithful then, too. I am not a prude, I am not religious, I am just morally and ethically opposed to infidelity. If you fall out of love with your spouse, if you fall in love with someone else, GET A DIVORCE and then you can do whatever you want. I wouldn't make such a big deal of it except two of the three waitresses were having affairs. The third marries a man who was pretty much a stalker, although we don't learn enough about him to know how he treats her after they are married. I did enjoy hearing about all the different kinds of pies. I wonder how many of them actually taste as good as they sound. Other than that, I really can't recommend this movie for anyone.
49 people found this helpful

SCReviewed in the United States on May 10, 2020
5.0 out of 5 stars
Charming and moving
Verified purchase
This was a great movie, imo. All about the tortuous path to uncovering personal strength. Moving and real, even with the artifices of luck and exaggerations deployed.

There are comments that this movie somehow approves of, or glorifies, extramarital activity. I didn't see it that way, rather it's a vehicle that helps move a character from one condition to another. Even so, movies aren't meant to be lessons on how to live your life. If you're using movies as your moral compass, you'll have some pretty limited viewing options, e.g. drop every movie in which someone gets shot, or even shot at.

D. SlushReviewed in the United States on September 18, 2017
5.0 out of 5 stars
Good Movie Pie!
Verified purchase
I was married to a man much like the husband in this film when I first saw it so it made me dream of what life could be like away from his emotional, mental, psychological and financial abuse. I was also extremely moved by the death of Adrienne Shelly and how her little girl played a small but important role in the film. So heartbreaking. So the film had a lot of meaning to me personally. But it's also a fun, quirky and sweet movie about life, love, friendship and believing in yourself. It's one of my favorite movies now.
50 people found this helpful

HadasaReviewed in the United States on December 26, 2020
1.0 out of 5 stars
Normalizes Cheating
Verified purchase
This movie is disgusting. Stereo-types OBGYN Doctors. BUT, Why would anyone celebrate a movie about an unwise woman, who makes unwise choices, and lives a life of lies? Have we become a society who simply goes along with this because the actress is gorgeous? I watched by fast forwarding this movie because of another movie including this actress, "the magic of simple days" ( I think that is the name of the film). which was totally opposite. I encourage this actress to pick a better script next time.
15 people found this helpful

ShannonReviewed in the United States on November 15, 2018
1.0 out of 5 stars
Not funny, not good
Verified purchase
I have no idea what movie those people who said "5 stars, my favorite" were watching, but it surely couldn't have been this one! The best parts by far were when she was thinking up new pies. I kept waiting for it to be funny. Nothing really happens until the very end, and it's weird. I didn't get it, and don't recommend anyone watch it.
25 people found this helpful

C. M. W.Reviewed in the United States on October 25, 2020
2.0 out of 5 stars
Meh. Feminism trying to be cuter than it is
Verified purchase
This movie is mainly feminist tripe. Beautiful young woman blames man in her life for her utter codependency and inability to have her own voice. When she has a baby, she magically kicks him out because her strength, of course, comes from being a mother...sans a man. The only likable male in the movie is a total cuck.
13 people found this helpful

Antonia LorenzaReviewed in the United States on November 23, 2021
5.0 out of 5 stars
Endearing Film
Verified purchase
I made sure to watch this movie each time it was shown on cable and finally decided to buy the dvd. It is not a big budget film and appears to be more like a made for tv movie, but the plot development and actors do a really good job in holding your attention. A standout in the film is Andy Griffin and of course, the lead actress, Keri Russell. It is the story of a woman's struggle to recognize and acknowledge her inner strengths and break free of others making decisions for her. It is original and heart-warming and it is easy to identify with the main character's insecurity and perseverance in attaining her independence. Very likeable.
7 people found this helpful

KristenReviewed in the United States on January 30, 2022
2.0 out of 5 stars
What the Actual Heck?
Verified purchase
I'm honestly not even sure what to say about this one. It's quirky and slow. I have no clue why I didn't give up on it in the first half hour. The acting is good but this movie is so freaking bizarre. The female lead is sleeping with her gynecologist. That's repulsive enough. It has it's endearing parts but not enough to recommend it. After all the cringy, weird moments you're supposed to just believe the abusive husband lets the female lead run off and take their baby with no protest.
4 people found this helpful
See all reviews
Back to top
Get to Know Us
Make Money with Us
Amazon Payment Products
Let Us Help You
EnglishChoose a language for shopping. United StatesChoose a country/region for shopping.
© 1996-2022, Amazon.com, Inc. or its affiliates