Walden and Other Writings (Modern Library) and millions of other books are available for Amazon Kindle. Learn more
Share 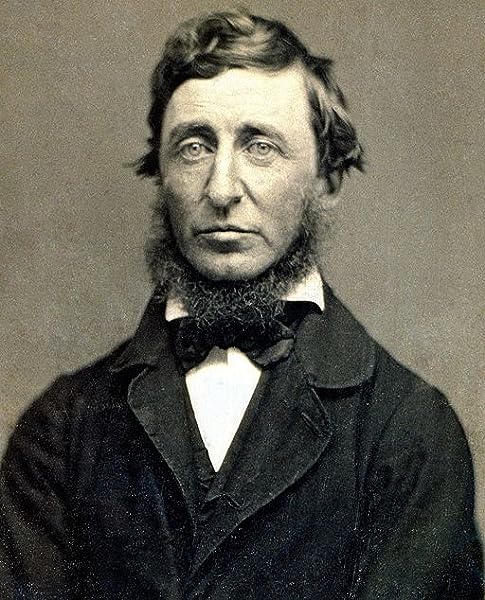 by Henry David Thoreau (Author), mxumu mxama (Editor)
4.6 out of 5 stars 99 ratings
See all formats and editions
Sorry, there was a problem loading this page. Try again.

Walden or, Life in the Woods, by noted transcendentalist Henry David Thoreau, is an excellent and incredible reflection upon simple living in natural surroundings. The work is part personal declaration of independence, social experiment, voyage of spiritual discovery, satire, and (to some degree) manual for self-reliance. Thoreau also used this time to write his first book, A Week on the Concord and Merrimack Rivers.

First published in 1854, Walden details Thoreau's experiences over the course of two years, two months, and two days in a cabin he built near Walden Pond, amidst woodland owned by his friend and mentor Ralph Waldo Emerson, near Concord, Massachusetts. The book compresses the time into a single calendar year and uses passages of four seasons to symbolize human development.

By immersing himself in nature, Thoreau hoped to gain a more objective understanding of society through personal introspection. Simple living and self-sufficiency were Thoreau's other goals, and the whole project was inspired by transcendentalist philosophy, a central theme of the American Romantic Period.

Synopsis: I went to the woods because I wished to live deliberately, to front only the essential facts of life, and see if I could not learn what it had to teach, and not, when I came to die, discover that I had not lived. I did not wish to live what was not life, living is so dear; nor did I wish to practice resignation, unless it was quite necessary. I wanted to live deep and suck out all the marrow of life, to live so sturdily and Spartan-like as to put to rout all that was not life, to cut a broad swath and shave close, to drive life into a corner, and reduce it to its lowest terms, and, if it proved to be mean, why then to get the whole and genuine meanness of it, and publish its meanness to the world; or if it were sublime, to know it by experience, and be able to give a true account of it in my next excursion.

Part memoir and part spiritual quest, Walden opens with the announcement that Thoreau spent two years at Walden Pond living a simple life without support of any kind. Readers are reminded that at the time of publication, Thoreau is back to living among the civilized again. The book is separated into specific chapters that each focuses specially on specific themes:

Where I Lived, and What I Lived For

Civil Disobedience Resistance to Civil Government (Civil Disobedience) is an essay by Henry David Thoreau that was first published in 1849. In it, Thoreau argues that individuals should not permit governments to overrule or atrophy their consciences, and that they have a duty to avoid allowing such acquiescence to enable the government to make them the agents of injustice. Thoreau was motivated in part by his disgust with slavery and the Mexican–American War (1846–1848).
Read more
Previous page
Next page

Start reading Walden and Other Writings (Modern Library) on your Kindle in under a minute.

4.6 out of 5 stars
4.6 out of 5
99 global ratings
How are ratings calculated?
To calculate the overall star rating and percentage breakdown by star, we don’t use a simple average. Instead, our system considers things like how recent a review is and if the reviewer bought the item on Amazon. It also analyzes reviews to verify trustworthiness.
Top reviews

The inside margin is extremely narrow, so it's difficult to read the text, because the end of every line stretches too far into the binding. As a result, the words are on the part of the page that is both curved and hidden by the binding.

I imagine this was a conscious decision on the part of the book designer, to fit the text onto fewer pages. As is the text is 769 pages. The publisher choose to destroy the readability of the text, to fit the book into the 769 pages, instead of the 900 or so pages that would have been required by the correct margin width.

D. Vincent
5.0 out of 5 stars Great author.
Reviewed in the United States on December 8, 2020
Verified Purchase
This simple man lived alone in the woods in the mid 19th Century. He was a loner, a deep thinker, and a visionary of sorts, with good human qualities. I have read his works for years, returning to them when seeking solace and solitude, especially when enjoying nature in the fall. The colors of the maple trees. The nice, cool, crisp air -- sometimes a breeze wafting red and yellow leaves. The soft sun- warmed ground, sometimes enjoyed under a lean-to. And when a soft shower comes, I scoot back under the lean-to, smiling and knowing I've cheated nature's attempt to moisten and chill my body. If it should thunder -- at my favorite place -- it sounds like Rip Van Winkle's "ninepins". Hail-stones are not uncommon, which is welcome and enjoyable. 'Nuff said; the recalling of this author's works evokes such enjoyable memories. Please -- read and enjoy.
Read more
Helpful
Report abuse

Abookaday
5.0 out of 5 stars As expected
Reviewed in the United States on September 13, 2020
Verified Purchase
Received in excellent condition and in a timely manner....and well, we all know the writing is amazing.
Read more
Helpful
Report abuse

John T Holton
5.0 out of 5 stars A True Book!
Reviewed in the United States on September 18, 2017
Verified Purchase
One of the truly great books. I read in high school and later at university and again when middle aged and now as a codger...there's always something that gives a new view on the world....
Read more
2 people found this helpful
Helpful
Report abuse

Bay Buyer
5.0 out of 5 stars CLASSIC 'MUST HAVE' BOOK...
Reviewed in the United States on April 1, 2013
Verified Purchase
This is the complete works, and about very thick, but a nice size to hold onto. If you have never read Walden, please do yourself a favor! If you haven't read it many years be sure and read this again.
Read more
Helpful
Report abuse

kosmickim
5.0 out of 5 stars LOVE HDT!
Reviewed in the United States on March 3, 2015
Verified Purchase
I've had many copies of WALDEN through the years and always seem to lose them, so I bought another copy. LOVE HDT!
Read more
Helpful
Report abuse
See all reviews
Back to top
Get to Know Us
Make Money with Us
Amazon Payment Products
Let Us Help You
EnglishChoose a language for shopping. United StatesChoose a country/region for shopping.
© 1996-2021, Amazon.com, Inc. or its affiliates