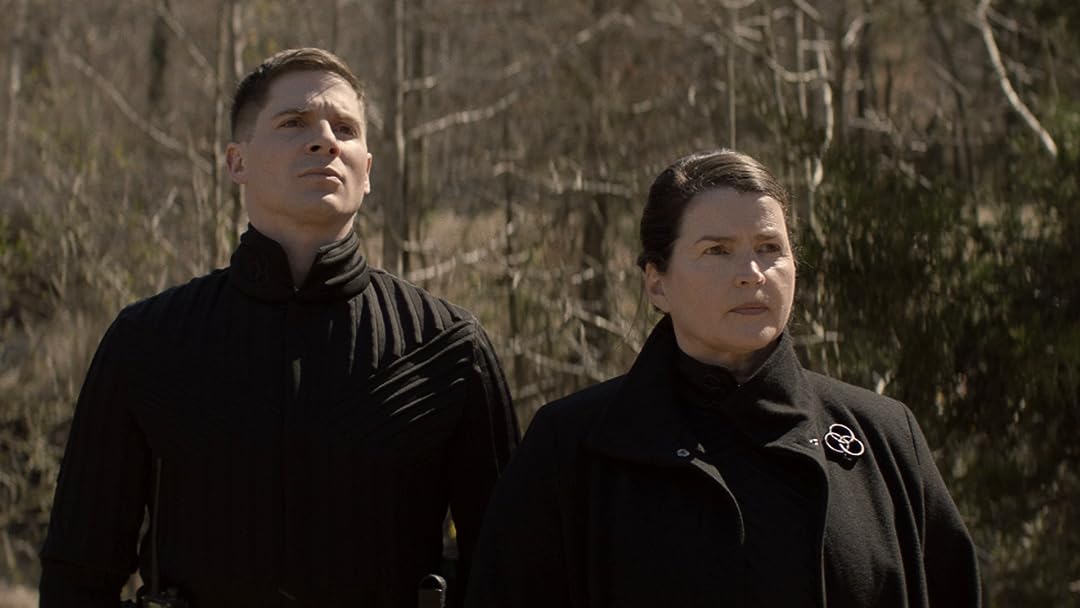 The Walking Dead: World Beyond

(64)
4.32021X-RayTV-MA
NEW EPISODES WEEKLY. Season two of The Walking Dead: World Beyond concludes the epic story of Iris, Hope, Elton, and Silas. As they face off against the mysterious Civic Republic Military, goals shift, bonds form and crumble, and innocence is both lost and found.

Watch with AMC +
Start your subscription
Add to
Watchlist
By ordering or viewing, you agree to our Terms. Sold by Amazon.com Services LLC.
Write review

HunkydoritoReviewed in the United States on September 29, 2021
1.0 out of 5 stars
Boring, wooden, predictable.
So predictable, a powerful government entity oppressing and murdering people...for reasons. Reasons that cannot be articulated, because they weren't arrived at by thought, but by cookie cutter script writing.

Wooden acting, it is as if the actors are paid extra to have a flat affect when they aren't in hysterics.

Boring...so boring I keep hoping the main characters get killed. 10 years into the zombie apocalypse and the screenwriters equip one hero with a rock tied onto a stick, there are spears, but with big spear points that wouldn't penetrate a skull well. There are powered bayonets on the government weapons, but they are two pronged for the sole reason of seeming different and cool. Our heroes also have a reluctance to kill zombies, despite massive herds ravaging Nebraska.

10 years in, why don't the folks have really good, optimized weapons? Why aren't they trained to dispatch every zombie they encounter as a civic duty and common courtesy? Why is it sooo stupid?

Nick SweatReviewed in the United States on September 29, 2021
3.0 out of 5 stars
It's definitely not the best...
When TWD first branched out into FEAR I found my favorite show and was incredibly satisfied with the journey of Madison and the rest of the Clark Family. Unfortunately, TWD Universe will never see material as good as those first three seasons of FEAR again. Want to know why? They DIDN'T involve Scott Gimple! It's why, when season 4 rolled around with Morgan, it suddenly turned to a help-fest with ridiculous decision making. The man's a cancer on this franchise and he hasn't done much better with this one.

I will never understand how he got promoted to "Chief Content Officer" for this Universe but, definitely for worse, he's not going anywhere. The first season of 'World Beyond' was incredibly slow, boring and obviously meant to target the kind of audience that would normally be watching something on the CW. I really didn't enjoy it too much until the last two episodes. I'm not saying those last two were great or anything but it definitely picked up the pace and cemented the tone and story.

I enjoyed the first episode of this season but, to be perfectly honest, I wouldn't be watching this series if it didn't involve the CRM. I'm willing to bet that more than half of the audience only watches this for hints of where Rick's been. I'm even more inclined to believe this since they've brought Jadis/Anne over to this series for its final season. The CGI is rather dull looking and the dialog is disjointed platitudes, which are trademarks of Scott Gimple. So much so that fans have created the term "Gimplespeak" to describe the latter.

From 2015-2017 TWD Universe was must-watch television for me. I even enjoyed the seventh and eighth seasons of TWD. More than anything, these were the three years that Dave Erickson was able to tell his original story in FEAR without any input from Gimple. Go back, watch it and enjoy the great dialog and gritty, realistic situations. You'll be happy you did. Especially if you've become disenchanted with TWD Universe.
7 people found this helpful

Doc TReviewed in the United States on October 18, 2021
1.0 out of 5 stars
More Horrifying the the Walkers!
This is absolutely terrible, Let's start with the horrible theme music, which sounds like it was written performed my junior high students, but not until they had finished the script. the awful out of tune singers in the opening theme certainly didn't want to be as tall as the Washington monument, (an analogy actually used in the script). The lyricist must have thought the last syllable of the word insignificant was spelled with the vowel "u", because that's how the chorus pronounces it. To make matters worse the truly unbearable arrangement leave that syllable hangs out at the end of the phrase repeatedly. still trying to recover from the migraine inducing theme song, I was assaulted by the truly insufferable dialogue, (as noted previously). The whole show has the feel of an ABC "after school special". I will admit I was forced to retreat from my viewing after the line "you make the wine, you do the time' was delivered, (perhaps the lyricist for the theme music wrote the Script")? Wine and time only rhyme in pop music, which is ironic, because rhyme and time actually do rhyme. I am not suggesting the the script writer do the time, perhaps banishment from the screenwriter's guild would be sufficient. I am hoping this show gets better, because the source material was excellent, but I'm not going to stick around for that because I'm too old to watch as the series goes through it's "learning phase".
3 people found this helpful

BoomShakaLackaReviewed in the United States on September 28, 2021
2.0 out of 5 stars
Show Runner has a massive ego
If I wanted to see an up close zoom of the show runner from their living room talking about the episode I just watched I would go to youtube. I don't think anyone does. Who watches those or cares? Why does the show runner have such a massive EGO? Other shows don't do this. It's just TV. It's not real life and these are just actors. Taking it so seriously just seems absolutely silly to me.

Other notes - no this show isn't great. The Walking Dead is much better, especially the most recent episode which is probably the second best ever in its history. In fact you guys may want to hire THAT writer Kevin Deiboldt over HERE to THIS SHOW and maybe he can work his brilliant magic.
4 people found this helpful

MacaroniReviewed in the United States on October 1, 2021
2.0 out of 5 stars
Same mistake that many famous continuations make...
The infodump. The writing is SO bad, that they still manage to tell instead of show ON A VISUAL MEDIA.

They use LONG conversations to dump on the audience motives, emotions, and plot gaps/setups. Zero time to cook, or peel the layers. Just dump the plot like a steaming pile of turds.

It reminds me of the elevator scene with Anakin and Obi-Wan, where they talk about all the cool things they did together.

Why not just.... show it? Not as a montage, as part of the developing story.
4 people found this helpful

Cindy M.Reviewed in the United States on October 3, 2021
1.0 out of 5 stars
BAD TO WORST
The acting is sooooo BAD!! And the fact that Iris is NEVER dirty and her hair is always clean and fluffy. Is it your contract to always look good! BUT again, the acting of Iris and Hope is the worst. Why in the world did you pick these two? The ONLY reason I watch it is for crumbs of information.
5 people found this helpful

Sheba7Reviewed in the United States on September 29, 2021
1.0 out of 5 stars
Gay Sex Scene. . . .
Why?
7 people found this helpful
See all reviews
Back to top
Get to Know Us
Make Money with Us
Amazon Payment Products
Let Us Help You
EnglishChoose a language for shopping. United StatesChoose a country/region for shopping.
© 1996-2021, Amazon.com, Inc. or its affiliates