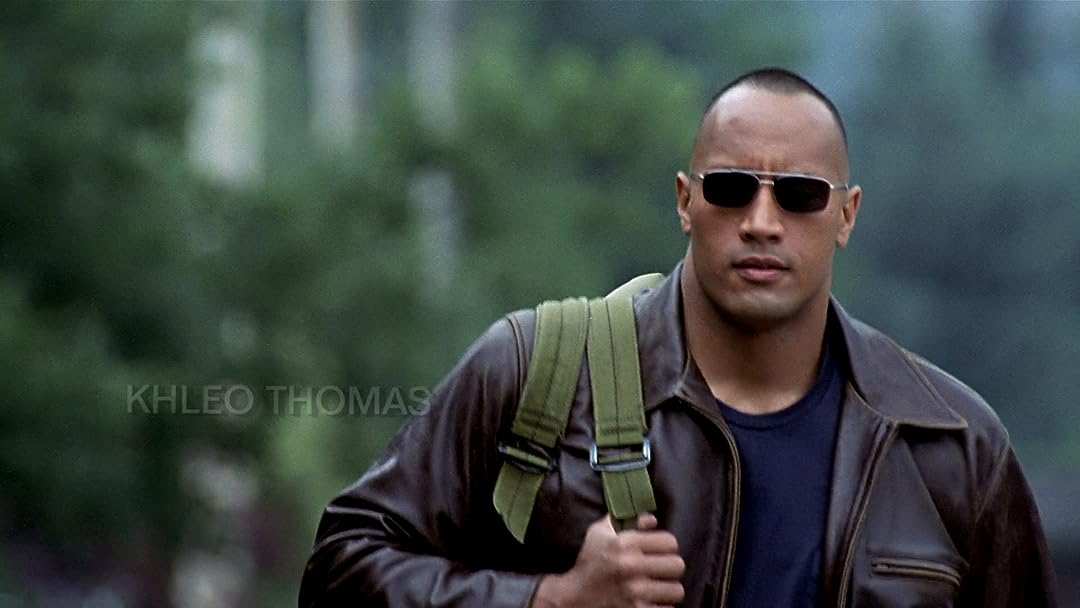 (3,800)
6.31 h 26 min2015X-RayPG-13
The Rock stars in this action remake as a soldier who runs for sheriff of his corrupt hometown in an effort to clean up the sleazy den of drugs, prostitution and gambling.

Allen Garfield's #1 fan.Reviewed in the United States on November 15, 2019
1.0 out of 5 stars
The Rock IS Buford Pusser!
Verified purchase
Actually, he's not Buford Pusser. The filmmakers gave him a pedestrian and generic "movie name." Which gives you an idea of the sort of movie this is. PG-13 nothingness.

The Rock is shocked...shocked! that in the wake of the ol' mill shutting down his once pastoral hometown is a hotbed of vice (the PG-13 variety), gambling and youngsters hopped up on meth. Not to mention corruption At The Highest Levels of Power - the sheriff is in cahoots with the villains. How the unemployed can pay for kicks in this newfangled Sin City is not explained. (I was under the impression that a Vice Emporium could only exist by separating working men, say millworkers, from their paychecks. No mill, no paychecks.)

Of course this clocks in at eighty-something minutes. (Though we should be thankful, I guess.)

This could've been an okay knock-off of Roadhouse, if nothing else.

S. J. VolkReviewed in the United States on April 19, 2018
5.0 out of 5 stars
THE GOOD GUY WALKS TALL... AND THE BAD GUYS FALL!!!
Verified purchase
"WALKING TALL" (2004) The theme of this epic kickass movie is the victory of the underdog. This triumph of good over evil is based loosely on the true-life story of a Tennessee sheriff during the 1960s. In this movie starring Dwayne "The Rock" Johnson, he portrays Chris Vaughn Jr., a war veteran who returns home after serving in the special forces. And he finds a corrupt local government and police department.

When his young nephew nearly dies of a drug overdose from drugs made and sold by the town's casino owner, Chris (The Rock) single-handedly (with the help of a cedar beam) demolishes the casino and its security thugs. After enduring further abuse by his former childhood friend, the casino owner, Chris becomes the new sheriff. He then fires the corrupt cops and permanently puts the evil club owner out of business and into jail.

Of course this movie is replete with great fist fights and a gun battle. And the story bears a striking resemblance to the 1989 movie ROADHOUSE, in which the club owner was a "good guy". Other than that, the similarities are obvious. And both movies have deservedly become cult classics.

TRIVIA: There were 3 previous versions of Walking Tall starring Joe Don Baker and Bo Svenson. So far, worldwide, the 2004 Walking Tall movie starring The Rock has earned a profit of 11 million U.S. dollars, and has spawned two sequels starring Kevin Sorbo. The global success of this franchise is strong and encouraging evidence that the new generation vigorously embraces the timeless principles of honesty and fair play.

joel wingReviewed in the United States on April 9, 2021
3.0 out of 5 stars
A decent remake of famous 70s film
Verified purchase
This is a remake of the famous 1970s film which was partially based upon a true story. The movie takes the basic premise of the original with Dwayne Johnson returning to his hometown to find it run by criminals and he decides to become the sheriff and try to clean things up.

This was actually Johnson’s 2nd substantive role, and the first where he was the sole star. He’s coupled with Johnny Knoxville for an odd couple. Like the original the draw is the action when Johnson gets going and beating people up left and right. The violence in the original was actually much more brutal and the sheriff went through a lot more as he faced an entire system of corruption. Here it’s more a one on one confrontation between Johnson and the villain Neal McDonough. This is still a decent remake.
One person found this helpful

Kindle MongoetMReviewed in the United States on December 1, 2018
5.0 out of 5 stars
Can't let the bad guys get away with being bad!
Verified purchase
Love movies where the good guy stands up to the bad guys of the world. Can make the law work the right way. We need more men and women like that. The good guy will sometimes die at the end of the movie, or worse, in real life, but his bravery, and soul, will continue. What brings me back to watch this movie, and others, is knowing that the bad guys will get it in the end. I love karma.
5 people found this helpful

Michelle L. HardyReviewed in the United States on February 2, 2020
3.0 out of 5 stars
Not a bad movie
Verified purchase
I don't think it carries the level of drama that lou Don's version did and I understand they modernized it to make it more appealing.

That means this movie is 1 hour 12 minutes long :) Remember those movie days ? Now you get 3 hour movies heh
2 people found this helpful

SteelerNUT3Reviewed in the United States on February 1, 2020
5.0 out of 5 stars
By the way Sir...... your tail lights out...BAMMMMM
Verified purchase
The Rock is a BADASS. He owns this movie. I'm a huge HUGE vigilante movie fan the fact that **SPOILER ALERT*** "The only difference is you get to wake up every morning and put on that shiny lil badge" Makes it all better. Also Johnny Knoxville is actually pretty damn funny... one of his best performances.
2 people found this helpful

GoombahReviewed in the United States on June 22, 2019
1.0 out of 5 stars
NOT THE SE VERSION!
Verified purchase
Best movie ever in my collection. Unfortunately this is not the special edition with all the features from Amazon. Not sure why this is advertised as so.
It is just the feature. Thats it.
One star for bad advertisement and having to drive out to return it.
2 people found this helpful

James YorksReviewed in the United States on August 9, 2013
5.0 out of 5 stars
Not the original...but still a great film!
Verified purchase
The Rock...that's really all that can be said about this. This was one of his earlier films and still a great film; hence the 5 stars..however, it's not the original. Hollywood has a habit of taking and doing re-makes of cult classics and making them bomb. This movie however, relying on The Rock's star power from his days in WWE did quite well. I was impressed. I didn't see it in the theaters because I refuse to pay $20 for a movie visit to listen to snooby teens, phones ringing, people getting up and down in the seat in front or people kicking the seat behind me. I'd rather wait for it to come out on Blu-ray a few months later and then shell out the 20 which is what I did. as I said...I was impressed by this. It's not something that I have to run to the collection screaming I MUST WATCH THIS...but I'd watch it again.
4 people found this helpful
See all reviews
Back to top
Get to Know Us
Make Money with Us
Amazon Payment Products
Let Us Help You
EnglishChoose a language for shopping. United StatesChoose a country/region for shopping.
© 1996-2021, Amazon.com, Inc. or its affiliates