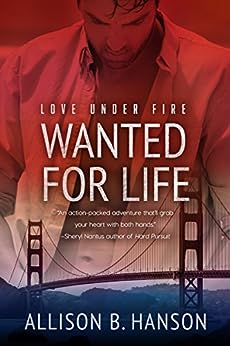 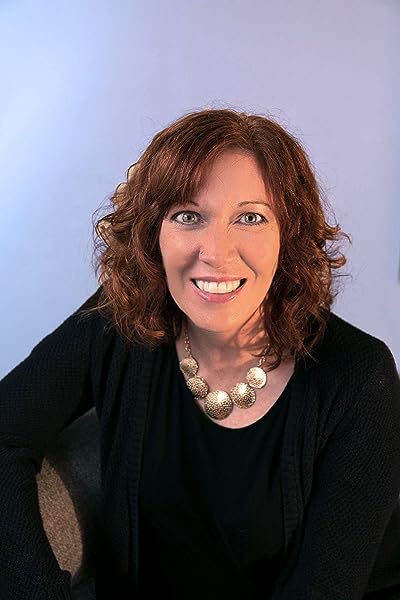 by Allison B. Hanson (Author) Format: Kindle Edition
Book 2 of 3: Love Under Fire
See all formats and editions
Sorry, there was a problem loading this page. Try again.

Deputy Marshal Angel Larson has been set up and accused of murder. On the run, desperate to stay one step ahead of the law and the real killer, she turns to a former protectee in a small town—the man who's haunted her dreams...and fantasies...ever since.

Former DEA agent Colton Williamson misses the action of his past life since entering witness protection as a high school math teacher. He also misses Angel, who refused to join him in his new life. Now it’s Angel who’s in trouble, and Colton can’t help but be there for her—before it's too late.

But the killer may be closer to them than they think.

Each title in the Love Under Fire series is STANDALONE:
*Witness in the Dark
*Wanted for Life

"I absolutely loved, Wanted For Life. It was full of suspense that kept me guessing." -Kim V., Goodreads  "I loved the characters, and their back story, as they work their way through their story.  This novel is fast paced romantic suspense at its best.  If you are a fan of the genre, this is a must read and should be at the top of your TBR list.  The author is on my must read authors' list." -Linda Q., Goodreads "I loved this book. A fast paced, suspenseful, romance, what's not to love?" -Sue H., Goodreads "Fast-paced and page-turner, this is impossible to put down." -Curling Toes Blog "I loved book one in this series and was looking forward to this story. OMG, this one grabs you from the first page and keeps you on pins and needles until the last one." -Yvonne C., Goodreads "What a fantastic read this is. I like a good suspense with a splash of romance and this book overflowed with both." -Lori Z., Goodreads "If you love hella-hot guys, savvy girls, and a suspenseful plot filled with sexy romance, then this book is for you! Highly recommend!" -Victoria B., Goodreads

Allison lives near Hershey, Pennsylvania. Her romances include historical, suspense, paranormal, and sci-fi. She enjoys candy immensely, as well as long motorcycle rides, and running.

Ivy Blacke
5.0 out of 5 stars Great read, suspenseful and incredible
Reviewed in the United States 🇺🇸 on March 20, 2022
Verified Purchase
Angel was in trouble although she choose a spot to run she knew would be safe, I think her heart choose it because it knew better than her what she wanted.

Colton was bored. His life almost ended doing his job, but nope here he was, a math teacher. How boring.....until she showed up and made him see boring was good.

Can he show her that he only needs her to be happy, or will she just continue to run.
Read more
Helpful
Report abuse

Maggie
5.0 out of 5 stars Love and hardships
Reviewed in the United States 🇺🇸 on October 29, 2019
Verified Purchase
Well written mystery , some sex screamed could have done without but other than that a nice riviting story.
Adventure, fights, love and mystery
Read more
Helpful
Report abuse

Kindle Loving Mom
4.0 out of 5 stars 3.5 Stars. Fun and suspenseful, but I had a hard time connecting emotionally with the heroine.
Reviewed in the United States 🇺🇸 on April 24, 2018
This is the second book in a series of standalones. I haven't read book 1, but I didn't feel I was missing anything vital. This was a fun, suspenseful story, but I had a hard time emotionally connecting with the heroine. 3.5 Stars.

US Marshal Angel Larson is being set up. She wakes up covered in blood, lying next to her dead protectee, and she knows she's in big trouble. Whoever broke in and killed her charge also drugged her, set her up for his murder, and stole the very important proprietary equipment she was helping him protect. She has a plan to get out of almost any scenario, but her identity and safe houses have been compromised too, and that leaves only one option. The man she walked out on a year ago, after he asked her to stay with him in WITSEC.

Former DEA agent Colton Williamson misses his old life. He misses his city. He misses his family, desperately. But what he misses most is his former handler, and lover, Angel Larson. When he woke up a year ago to her gone, he wasn't sure how to get over it, or her. And his new quiet life in WITSEC as a math teacher in a small town is slowly strangling what's left of the fight out of him. Until they have enough evidence to charge the crime boss who he was investigating undercover, before that cover was blown, he won't ever see his family again. Or anyone else who knows the real him, except his sweetheart of a guard dog, Pudge. When Angel shows back up on his porch late one night. He's elated. He's worried for his heart, but he also needs to help her.

Angel and Colton's chemistry was strong right off the bat, but they were both ignoring it/fighting it from the beginning. They both had their reasons for that, but it was frustrating to watch them push/pull at each other constantly. I just wanted them to give it up and come together, but the author took me on quite the slow burn. I did enjoy the way the characters opened up to each other, especially in the ways it was clear they hadn't done with others. But, Angel frustrated me to no end with her constant waffling on her feelings, and her inability to express them. Also, I could have done with a little more description during the sexy times, but that's just a personal preference.

I loved the hero's German Shepard, Pudge. He was a doll, and was definitely his own character in the story. But, I had a hard time connecting to Angel, and to her with Colton. He cared so much for her, and she just wasn't putting out the same level of care in my eyes. Her past was a horrible nightmare, and I can't imagine living through it, but you have to deal with your demons eventually if you ever want any semblance of a normal life. She finally started to realize that, but at what cost to the people who love her?

The suspense plot was exciting, and kept me guessing as to who did what, and why. I enjoyed that part of the story a lot. The kid from Colton's class was highly entertaining too, and I enjoyed seeing the impact he was clearly having on the boy's life. I was happy with the ending, but to be honest, I felt a much bigger grovel was needed from Angel. Colton deserved it after everything she put him through. But I did love his big heart and forgiving nature, regardless of what occurred. It really showed the kind of man he was, and I enjoyed him immensely.

Overall, I'd be willing to read this author again, as I did enjoy many aspects of the story. I just hope I would connect better and more easily with her heroine next time.
Read more
Helpful
Report abuse

Lori Zenobia
5.0 out of 5 stars 5 Plus Stars!! Fantastic Read!
Reviewed in the United States 🇺🇸 on April 24, 2018
What a fantastic read this is. I like a good suspense with a splash of romance and this book overflowed with both.
Angel is a US Marshall working for a special task force. While protecting her latest charge she wakes up half drugged finding herself in bed with the man she was assigned to protect dead and herself framed as the guilty offender. The woman is brilliant, her job rests on getting herself and her assignment out alive, she needs to make a run for safety and there's only one place she can go where she feels safe, but does she dare? And what will he say?
Colton is now a schoolteacher in the WITSEC program after his undercover assignment is blown for some reason, the criminal escapes and so while Colton is indeed fighting for his life, he dies and is relocated. His large family prevents them from relocating everyone, it's easier to relocate Colt. He comes form a family of police officers father included.
So while Colton, now known as Duncan the math teacher is bored witless in Oregon, he does like teaching and his days go by, he's got his dog. A now year old German Shepherd that he and Angel picked out. He and Angel got involved while she was assigned to protect him before his relocation.
He begged her to go with him, one morning he got up and she was gone. No word, no explanation.
Angel has one hell of a history, which really gives the book some twists.
Showing up on Colt's doorstep might not have been the best thing she's ever done, but she needs to feel safe and he's always done that for her. Colt's doesn't know what's happening until just before she shows up and her face is plastered all over the news. She's a wanted woman. She opts not to make contact with her boss for a week and she needs time to figure out what happened and how.
The author really gave us a great story here, between the relationship past and present of Angel and Colton, the total suspense of who did what, who is what and honestly I didn't trust anyone. Halfway through the book I was grasping at straws. The flow of the book was great, the characters were perfect and the plot was great. I loved the end, because as it should be you don't know what's going to happen right down to the wire. Yes, my review is purposely vague.
This was a 5star plus for me.