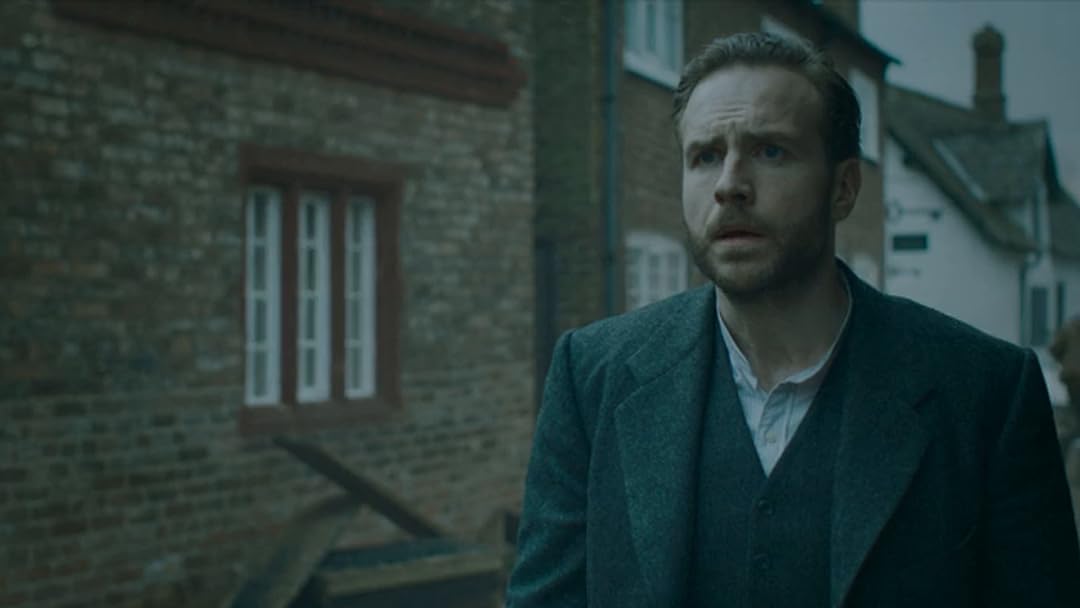 The War of the Worlds

Season 1
(64)2020TV-14
After a huge meteor strikes in Surrey, England, the inhabitants of Earth face a vicious attack by an unknown alien race. Amidst the chaos, George leaves his loveless marriage in the hope of starting a new life with Amy.

Michael MonroeReviewed in the United States on October 30, 2020
5.0 out of 5 stars
Is this true to the initial heart-wrenching quandaries of H.G. Wells...?
From the Wikipedia article on the original book by H.G. Wells, published in 1898:

"Wells said that the plot arose from a discussion with his brother Frank about the catastrophic effect of the British on indigenous Tasmanians. What would happen, he wondered, if Martians did to Britain what the British had done to the Tasmanians?"

Without spoilers, it's pretty clear this slower-paced reboot is asking these hard questions. As a species, can we survive...ourselves?

As for the complaints that the acting isn't realistic, I'm not sure these reviewers are aware of how trauma works. Sometimes our responses are numb, muted, with periodic outbursts. Also, there's some cultural differences here too. Having spent a lot of time in France, I can assure you that tempermental differences apply. Maybe these people wouldn't behave like your family in (pick your state in the USA). Maybe that's normal and OK. I think the acting is spot on in terms of humans dealing with massive trauma, especially from what I've heard from various people I know who are psychologists and boots-on-the-ground therapists who deal with intense stuff like this.

This is a tension series, not a jump-scare action/explosion series. And that, for me anyway, is welcome. Hey, I'm just as much into the swooping alien fighter jet blasters as the next person, but varety is the spice of life, yes? I think this is a super intelligent reimagining - which is neccessary, right? I mean, in the original, the aliens just die because, whoopsy daisey, they forgot about, like, microbes or something. Oh well, your insterstellar civilization just can't catch a cold.

I don't know what the ending's going to be exactly, but if it follows the larger arc of the original, it seems clear that the "unforced error" on the part of the aliens, and the resulting theme of humility that that leaves us, will make a lot of sense. A show that is asking difficult questions about how and why we've manifested the systems of our societies that we have...is a good thing. Now is the time to be asking this stuff.

Hillary C.Reviewed in the United States on November 24, 2020
5.0 out of 5 stars
Good sci-fi tribute to Wells while being relatable to a modern audience
I'm not sure why this received bad reviews unless it's because it wasn't entirely true to Wells with a new take on the main characters. It was really neat to see this set in the actual time Wells intended it to be, and with actual Martians (as Mars was truly unknown then). The juxtaposition between the machines/aliens and the late Victorian era is striking. The special effects are amazing, and I thought the actors were very realistic. If a giant tripod rose up before me, I'd probably just stare blankly, too. I liked the take on the actual Martians as well. The miniseries had a great modern, underlying theme, too, about colonization and whether we are really so different from the invaders. I think if you watched this without expecting an exact play-by-play of the novel you would be pleasantly surprised.
7 people found this helpful

OCWOMANReviewed in the United States on March 15, 2021
1.0 out of 5 stars
Bore of the Worlds
Please pay attention to all of the negative reviews...they are correct across the board. If one is going to make yet another movie based on this concept at the very least make it entertaining! I will say the actors did their best with what they were given. Unfortunately, they weren't given much to work with. It was simply dull from start to finish. I tried, I really did try...
7 people found this helpful

C. R. SolomonReviewed in the United States on April 20, 2021
1.0 out of 5 stars
Rooting for the Martians after watching this “adaptation”
The ONLY similarity between this and the HG Wells book is that there is an invasion. This is a “love story” with an Victorian soy boy for a “hero” and “progressive” wife who have zero to do with the Wells version. Oh we have bacteria killing the Martians but only after the usual snide take on religion and belief.

And the war machines are nothing like the book as well as the landing craft being imbecilic in physical “magic”.
6 people found this helpful

Speeeedygurl1Reviewed in the United States on February 6, 2021
2.0 out of 5 stars
read the book or not ?
I do not think reading the book would help.......movie was all over the place too me....i was kinda lost after the 2nd episode ...... the ending was very touching when she told her son a story of HOW it was.... then broke a few glass domes with plants......i guess she saved the earth.... lord knows her husband was a wimp .... you ll see if you drag yourself through this.... thanks
6 people found this helpful

T. S. SofiaReviewed in the United States on October 15, 2020
4.0 out of 5 stars
Good adaptation of the book...
Read the HG Wells' novel 60 years ago and always hoped to see a rendering on screen that was set in that bygone era. They did a good job as far as I am concerned. It was somewhat preachy but so was the book and they managed to include most of the twists & turns of the story. My only real complaint is with the "Titanic-like" love story involved and the female main character (heroine). As with "Rose" on the ship, "Amy" is this very rare early 1900's woman who is wearing the pants. Oh, well - I am old and out of it I guess.
4 people found this helpful

Alex MReviewed in the United States on March 21, 2021
5.0 out of 5 stars
Delight but enjoy slowly... There's only 3 episodes... So far
Post victorian period piece, first book adaptation I've seen that is most likely closer to the author's imagining. The film makers could have gone overboard and made it steam punk but I'm glad they have not. I'm going to have to read the book now because the 3rd episode leaves a lot of questions unanswered and feels that a second season is in the making. This was enjoyable but very easily binge worthy.
2 people found this helpful

ClaramjReviewed in the United States on October 14, 2021
5.0 out of 5 stars
More Like The Book
It's set in Victorian England, NOT, United States, like all the movies I've seen, it's not flashy, it is also more people focused, you see how people in that time period ( which is closer to the time period H.G. Wells set the book in, all the preachiness some talk about, those who gave it a low rating, is the same as the book, Wells wrote it to show how it would be if people from another world ( Mars ) came to earth and treated us humans like we treat everything and everyone who we think is beneath us!

My only problem with it was it only has 3 episodes, I would love to see more, but it does end well enough to count it as the final!

It was well acted too, it was all very believable, even when WE today know that there is no advanced life forms on Mars, we can just put ourselves into the minds of those back in the time when the book was written and just put aside what we know for awhile!
See all reviews
Back to top
Get to Know Us
Make Money with Us
Amazon Payment Products
Let Us Help You
EnglishChoose a language for shopping. United StatesChoose a country/region for shopping.
© 1996-2021, Amazon.com, Inc. or its affiliates