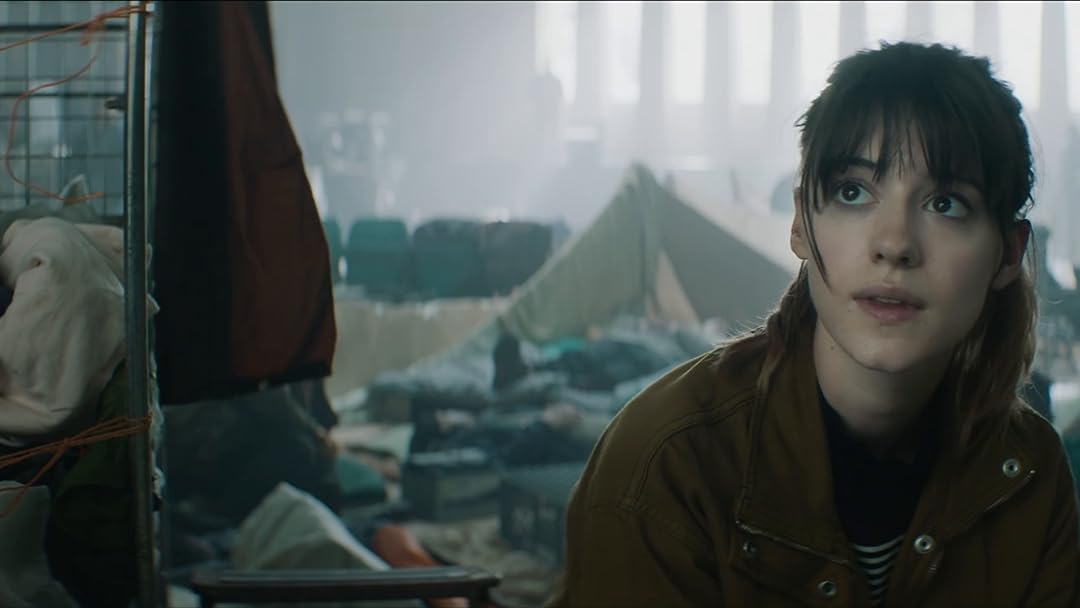 War of the Worlds

Lilly TannerReviewed in the United States on June 7, 2021
5.0 out of 5 stars
Unable to see Season 2 Episode 1???
The only viewable video for WoW Season 2 is the trailer!
I am subscribed to Epix through Amazon Prime, payment methods working etc--
there are no episodes from the second season to view?
Anyone else having this problem???

Cody RichReviewed in the United States on June 14, 2021
5.0 out of 5 stars
Great Show - Best war of worlds so far
Great Show, only thing I can complain about is all these people giving one star for the show airing one episode at a time and complaining about a late release. The reviews system is for show quality, not release dates, amazon please remove negative reviews for people complaining about release times, the director and actors have nothing to do with release times.
25 people found this helpful

Chris702Reviewed in the United States on June 7, 2021
1.0 out of 5 stars
Where is season 2
It was suppose to be out June 6th 9pm Est. Come on Bezos you gotta be more on point.
22 people found this helpful

Just XReviewed in the United States on June 9, 2021
1.0 out of 5 stars
Enraging
Anyone ever watch Invader Zim? Remember how the humans in that are so dumb they pretty much let the alien do evil things without helping or trying to stop it? But it was funny, because it was a cartoon?

This is that cartoon redone in real life, without the comedy. The aliens are psychotic and genocidal, but the humans are too busy squabbling and whining and falling into obvious traps to actually stop them. At one point, a human is nearly assassinated in his sleep by an alien, but other humans actually think it's a good idea to defend the alien.

This is legitimately some of the worst writing I've ever seen, along with some of the most contrived deaths and unrealistic behavior.

It features good music and most of the acting is good, I'll give it that. But everything else makes me want to slap everyone involved with this skidmark on the cinematic universe. I hope it is cancelled. That would be a win for the humans.
20 people found this helpful

nickReviewed in the United States on June 8, 2021
5.0 out of 5 stars
Solidly great science fiction
Season 1 was a relatively believable, atmospheric and cerebral exploration of the few who survived the devastating and calculated initial slaughters of an 'untinkable' global catastrophe; though, as the season did not end with an 'A' List film actor saving the day, I couldn't imagine there would be a second season... it's nice to be wrong, oh, so wrong!

After watching the first episode of Season 2, I'm heartened to write that it's better than we deserve, consequently, this viewer will attempt to wait 'til the entire season is available to binge, though I doubt I'll have the self control.
11 people found this helpful

BruceKReviewed in the United States on June 7, 2021
2.0 out of 5 stars
I like the story ... I don't like S2 episodes not showing up on time
All the fans of this show are waiting ... what the heck is up with the hold up?
OK, I have had enough of this ... I am lowering my rating because the first episodes were
late, and now episode 5 which was supposed to be out Sunday July 4th, 2021 is late
and I don't know if it is coming out this week or I have to wait another week.
For a network to withhold episodes to force viewers to pay for an extra month
of service is lowdown.

Although I like the show, I am lowing my review to 2/5 and will be back to lower it
again to 1/5 if there are further late episodes. Sick of this. Really waiting to see
episode 5.

william swepsonReviewed in the United States on June 18, 2021
1.0 out of 5 stars
Continues with cheap shot blood and gore!
The series continues with a disappointing theme of reflecting the human condition of how terrible we treat each other on earth. No imagination whatsoever for a movie that had much potential. Where are the cool ships? Every time th there is a remake of W ot W it gets worse and worse! The Tom Cruise version was terrible Amazon has another version that is terrible on and on. The 4 leg dogs are pure stupidity and primitive as hell. This series has less tech than the original from 1953? I think it was. The alien dogs are the most low tech ideas from 10 - 15 year old crap on that has been seen on YouTube clips showing what the military had been working on long ago. Constantly in waiting for something imaginative to happen, but never does. This could be any historical war story before WW2. It reminds of the footage from bombings of British cites by the Nazis absolutely no tech at all!
7 people found this helpful

Buy allot of stuffReviewed in the United States on June 14, 2021
5.0 out of 5 stars
These aliens are honest about their intent.
War of The Worlds, like pizza and sex: any science fiction is not bad.
I'd like to see a few internal combustion engines and some nice weapons grabbed from the military mounted to horse carriages and other cool weapons but then again I suppose we are to look helpless as can be. Good job. Most of the "1 star reviews" that bring down the average rating are people whining about the fact the show was not there exactly when they wanted it. So, they bring down the rating and the show is cancelled? biden voters ruining it for everyone the minute they are not satisfied.
6 people found this helpful
See all reviews
Back to top
Get to Know Us
Make Money with Us
Amazon Payment Products
Let Us Help You
EnglishChoose a language for shopping. United StatesChoose a country/region for shopping.
© 1996-2021, Amazon.com, Inc. or its affiliates