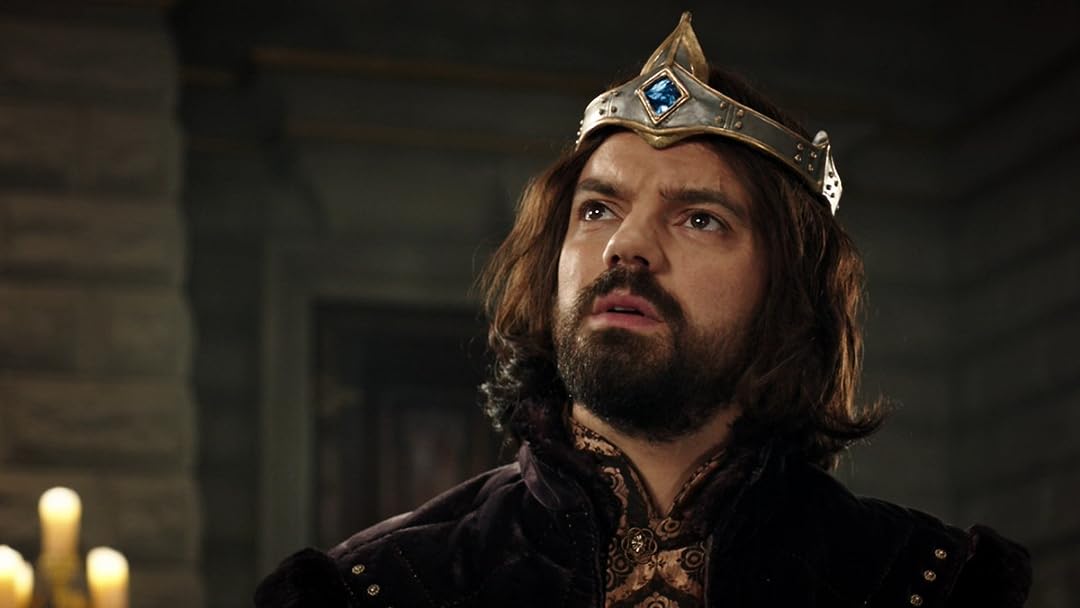 (19,696)
6.72 h 3 min2016X-RayHDRUHDPG-13
A spectacular fantasy-action saga of power and sacrifice in which an unlikely set of heroes is set on a collision course to protect the fate of civilization.

Karen DeCraneReviewed in the United States on December 12, 2016
5.0 out of 5 stars
It would have been so easy to mess it up - CGI used badly and ...
Verified purchase
I've been playing Blizzard games as long as there have been Blizzard games to play and never thought a movie could do justice to my ingame experience. I was very pleasantly surprised to find that the movie not only stands on its own but serves as an enhanced experience to those of us who have played WoW for so many years. It would have been so easy to mess it up - CGI used badly and too often, a bias for one side over the other, an attempt to recreate one of the expansions, lore that didn't fit with the ongoing story. Yet they managed to avoid all these pitfalls. CGI didn't take over. As an example, the griffin scenes were just great, with the creature showing a definite personality and only used when it truly fit the action. The lore was a part of Azeroth, yet with new wrinkles we might have only speculated about from ingame events. The Horde was not portrayed as merely simple minded, heavily muscled killing machines, but rather thinking and feeling beings that you could develop a connection to and even a high level of respect. In short, I truly enjoyed this movie, far more than I thought I would, and hope that another one is in the works. For the Horde!
68 people found this helpful

ConsumerReviewed in the United States on July 14, 2019
1.0 out of 5 stars
As a gamer, I don't get it.
Verified purchase
I played WCI, WCII, WCIII, and WoW from launch to this day. I just don't understand what this movie is trying to be. It is not a faithful adaptation of the story. It skips over critical plot points behind the dark portal and who and what Medivh is. The orc voice audio editing is utter garbage. Cannot understand half of what the orcs are saying. They sound robotic like they are talking into tin cans. It's distracting and difficult to understand. I really, really wanted to like this movie. As a long time fan of the Blizzards various video game series, I just couldn't bring myself to get into this film and found myself questioning stylistic and story choices that didn't mesh with the game series.
17 people found this helpful

Brutal Riot GirlReviewed in the United States on February 12, 2018
5.0 out of 5 stars
Glad I watched
Verified purchase
Okay, I have heard of Warcraft, haven't played the game or even know what's it about. I mostly got it because of the 3D, I jump at the chance of watching 3D at home. The movie had great 3D visuals, you get that pop out effect more then other movies that have 3D! Not the pop out that seems to come at you but the kind that looks as if its happening in your room. The movie also had a good story line, the characters were good actors. I am not going to give a summary of the movie because they're a bunch of them, I'm just here to say the 3D was good, the story was good and I can't wait for part 2! I want to know what's going to become of the Orcs and the humans. I am a new fan of Warcraft.
24 people found this helpful

Leo HottReviewed in the United States on November 9, 2016
5.0 out of 5 stars
No need to be a game fan to love this movie!!!!
Verified purchase
Not ever having played the game I had zero " gamer bias" to contend with...so I count myself lucky there. As a huge fan of the Sword & Sorcery genre I don't have any reservations recommending this movie to any lover of the genre. Of course if you are a huge J.R.R. Tolkien fan the characters called Orc's may bother you a bit , but I doubt it because anyone that is truly a fan of the Sword & Sorcery genre has come to realize the name & characters of " Orc's" have saturated the genre & these particular Orc's are extremely awesome in both appearance & as a sympathetic warrior race driven from their home planet & deceived by a malevolent Warlord who is bending the entire race to his will with a terrible dark magic. I don't want to give away to many spoilers for those that haven't seen the movie & are as ignorant of the game as I am. That brings up another point you certainly don't need to be a fan of the game to enjoy this highly fast paced Sword & Sorcery action adventure!!! It is visually stunning with awesome fight scene's including good use of magic as a weapon & for defense. This is no B-rate low budget film to bulk up the genre but a top notch Sword & Sorcery flick worthy of any collection!!! It was so fast paced I had to watch it twice once when everyone was awake & again later when I was alone to fully take in all the beautiful cinematography, great fight scenes & fun fantasy escapist storyline. Yes there is a lot going on in this very fast paced thrill ride of a movie & so much to see its worth owning because you will probably see something new every time you are ready to watch it again. I think the acting was great especially when you factor in that a lot of the acting is done against green screen with nothing to act off of. Gamer or not this is a great addition to any movie library!!!
18 people found this helpful

WritergirlReviewed in the United States on July 8, 2021
1.0 out of 5 stars
What's happening?
Verified purchase
That's pretty much what I kept saying through this entire movie. My hubby and I paused about halfway through, and I said, "I don't even know the main characters' names." I kept saying things like, "Why is everyone picking on the dropout mage? He seems like a good guy." And "Why did the king throw his trusty brother-in-law in jail, but give a weapon to the green girl?"

I spent most of the time trying to figure out who and what and why. At one point I said, "You must have to be a gamer to get this." But then I've seen comments from gamers on here saying even they don't get it, so....? I'm a pretty big fantasy fan. I loves me some LOTR and Harry Potter and even "cult" 80s stuff like Labyrinth, Dark Crystal, The Last Unicorn, Legend. But this movie just made me feel confused. It was like a Rubik's cube. I knew if I could puzzle it out, it would make sense, but it shouldn't be that much work, you know? It felt like a big story that had been hacked up and crammed into a couple hours. The characters obviously had backstories, but we just don't see enough of it for me to care about them.

Overall, I won't watch it again.

J. LeeReviewed in the United States on September 27, 2016
5.0 out of 5 stars
Fantastic! Much more sophisticated than one might think...
Verified purchase
Fantastic! I don't know how it plays for non Warcraft fans, but for this WoW (since Vanilla) man, it worked for me, even though I was very prepared to be VERY disappointed.

I wasn't. The acting was beyond what I have come to expect from video game movies, and Duncan Jones has proven to be more than "just the son of a famous person" with Moon and this one to me. He has arrived.

I was awed by the great sets, both practical and digital, and the recreation of Azeroth on the big screen, but the story really propelled this thing to another level. By the climax, you're wishing it could go on for hours and hours, and we could visit Northrend, or perhaps Pandaria (NO!!! PLEASE! ), heh..

I don't know what of this is going to be Canon, and I'm not sure if Dalaran was a "floating" city by the events in this movie or not, but none of that kept me from enjoying a very very very good romp through Blizzard's wonderful world.

Amazon CustomerReviewed in the United States on August 27, 2022
4.0 out of 5 stars
Great Movie broken Disc Case
Verified purchase
I'm an old Warcraft player and when the movie first came out I was skeptical because of how bad movies based on games tend to be. But, really, if I put aside my fanboyism for the game and just watch it as a film and unique story. The movie is very well done. It's hard to say the same for some other movies based on games. They feel like they got cheap on quality and story telling. The 4 stars instead of 5 is because the seller/Amazon is being rated here too. I love collecting movies. I started to collect again after a long pause of a few years. I bought a boxset with 6 movies but 12 discs and one other movie along with this one at the same time. This movie came with its case punctured none of the other ones did. Broken plastic pieces were tumbling around inside the case. I feared the disc may have been damaged. But I sat down and watch the movie and saw no issues. So only down side is from a collection point of view, it doesn't have a pretty case.

If you like Warcraft, it's worth a watch. If not, give it a pass.
18 people found this helpful
See all reviews
Back to top
Get to Know Us
Make Money with Us
Amazon Payment Products
Let Us Help You
EnglishChoose a language for shopping. United StatesChoose a country/region for shopping.
© 1996-2022, Amazon.com, Inc. or its affiliates